The foreign exchange market is a global decentralized market for the trading of currencies. This includes 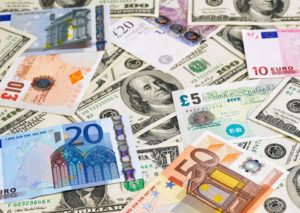 all aspects of buying, selling and exchanging currencies at current or determined prices. In terms of volume of trading, it is by far the largest market in the world. Foreign exchange markets are made up of banks, commercial companies, central banks, investment management firms and investors. The main participants in this market are the larger international bank surrounds the world function as anchors of trading between a wide range of multiple types of buyers and sellers around the clock, with the exception of weekends. The foreign exchange market determines the relative values of different currencies.

“The foreign exchange market is a place where foreign moneys are bought and sold.”

There is a wide variety of dealers in the foreign exchange market. The most important among them are the banks. Banks dealing in foreign exchange have branches with substantial balances in different countries. Through their branches and correspondents, the services of such banks, usually called “Exchange Banks,” are available all over the world.

These banks discount and sell foreign bills of exchange, issue bank drafts, effect telegraphic transfers and other credit instruments, and discount and collect amounts on the basis of such documents. Other dealers in foreign exchange are bill brokers who help sellers and buyers in foreign bills to come together. They are intermediaries and unlike banks are not direct dealers.

In performing the transfer function, the foreign exchange market carries out payments internationally by clearing debts in both directions simultaneously, analogous to domestic clearings.

Exchange risk as such should be avoided or reduced. For this the exchange market provides facilities for hedging anticipated or actual claims or liabilities through forward contracts in exchange. A forward contract which is normally for three months is a contract to buy or sell foreign exchange against another currency at some fixed date in the future at a price agreed upon now. To make provision for hedging facilities, i.e., to facilitate buying and selling spot or forward foreign exchange.

Tier 1: In tier 1 the inter-bank or wholesale market are involved.

Tier 2: In tier 2 the client or retail market are involved.

The 5 main participants that operate within these two tiers:-

Major Currencies of the World:

A forward transaction involves an agreement today to buy or sell a specified amount of a foreign currency at a specified future date at a rate agreed upon today.

An arrangement in which two parties exchange specific amounts of different currencies initially and a series of interest payments on the initial cash flows are exchanged. Often one party will pay a fixed interest rate, which another will pay a floating exchange rate. At the maturity of the swap the principle amount are exchanged back. Unlike an interest rate swap the principle and interest are both exchange in full in currency swap.