5 Things I Learned In The Aviation Course

Before formally starting on things I have learned from this subject, I would like to thank my instructor for giving us such insights about the subject and make me capable of writing this about my learning’s.

The first thing that I have learned is about the history of the aviation that how it all started with the hot balloons and how technology takes place and change the things so quickly. The first and foremost thing which I do not know about before is how the aeroplane industry came in to being and how all functions are initiated, this subject helped me learning and knowing about this all in a quite detail. Moreover, the early age of aviation taught me about the lighter than air formula that how the Montgolfier Brothers manufactured an air balloon in 1783. 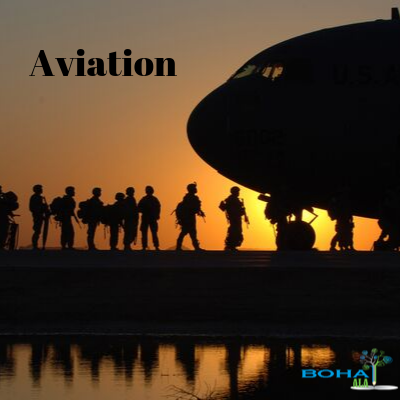 This subject taught me about how to find out what is missing and what needs to be done more. like the lighter than air balloon was not significant in a way that it can only travel downwind and then they find the need for something new and came up with the new solution of heavier than air. Which is the formula for some great inventions and it includes the fixed-wing flying the machine and with a separate system of lift which was the distributive innovation in the aviation industry?

However, I learned so many dates and events like cold war, a golden period which I will discuss in details in next section these dates and events I did not know about them before and I have never thought that how the technology plays a significant part in changing the whole dimension of the world.

This subject was so interesting for me because I learned many data, which I do not know before, and now I can communicate with anyone on this topic with the related information and fact and figures which is a great achievement for me. I find it interesting to learn about how the communication has made between the designations and how they control each and everything on a very small basis. These learning’s are very much important for our own lives as well, this taught us that how one can manage the life by having the proper system and how things turn out good when we handle them with proper care.

There are lot many learning’s as far as this particular subject is the concern but the part of my second learning I would like to talk in detail about the Wright Brothers. Wright Brothers came up with the distributive innovation and successfully made the world’s first aero plane in 1903; they successfully made the world’s first plane called heavier than air, which was a revelatory innovation in an aviation industry. They both made the first fixed-wing power flight possible. I learned about their fundamental breakthrough, which was the invention of three Axis-controls by the Wright Brothers, which enabled the pilot to steer the aircraft effectively and to maintain its equilibrium.

What I learned from this that how two persons can change the whole dimension and solve the problem which was creating a lot many problems for the aviation industry, the basic motto of Wright Brothers to come up with the solution for the pilot to resolve the flying problems they were facing due to the lack of control.

The main learning was from these brothers is nothing is impossible, the two brothers runs the bicycle shop and ultimately become the renounced personalities in the world. This subject and the story of two brothers lead the mind to the place where nothing is impossible. This made me learn that how a person can become number one, not just for himself but also for the whole world by just believing in his/her competencies and skills.

Moreover, there were many people who criticize the work of two brothers as we learned on this subject but they both fought against them and prove them to be the number one. I think this subject is a powerful tool of creating and increasing the motivation in students because this subject taught us in every step that nothing is impossible we just need to be very clear about the own skills and competencies. What I learned from the story of these two brothers is never give up, if you believe in yourself, you will achieve everything you want to achieve.

In this section, I would discuss on little things, which I learned from this subject, which ultimately creates a great impact on my knowledge. First, I want to discuss the Roomer Seats which is the concept created after the fire caught in one of the plane and people rushed after the door but couldn’t find the way to go toward the exist.

This incident makes the industry alert and then they come up with a minimum distance between the seats that can help them in crossing in such kind of situation. This incident and the action against that made me learn that failures in life come for our own learning and we should get some learnings from them and try not to repeat them in future by implementing the new and better plan against it.

Moreover, weather radar is one of the new things I have heard in this subject that how the pilot cope up with the bad weather and try to save the people sitting in the plan by changing the routes and how they work effectively on the weather forecast and the wind shear. The system of the manual training and other training the aviation industry is following is remarkable; these kinds of training are needed in every sector of the world to avoid any kind of mismanagement. The manual training allows the pilot to handle the difficult situation, as he is the responsible person for many lives.

In this subject, I learned about the pilot life that how one person can be responsible for many lives and how he is doing his job with honesty and confidence. What I learned is there is only one thing which leads to the success and that is self-confidence that is the great lesson from the life of a pilot. In discussing the learning from this subject,

I would like to share my motivation related to this subject and that is a female pilot named “Jessica cocks” that born without arms and she successfully flies the aeroplane and become the world’s renowned personality. The story makes me think again that nothing is impossible; excuses in anything can never be justifiable. The only thing which needs to be strong is your belief and everything then falls apart.

In the discussion in this section, I would like to talk about the Cold War, which was a very new thing that I learned on this subject. The cold war started between the United States and the Soviet Union in which the perception of aerial played a major role. During this war, so many new inventions were introduced and the point of learning here is how a competition can make you stand different in many. The new technology suddenly creates a massive change in the industry, I will not be wrong if I say massive but the positive and fruitful changes in the industry.

Moreover, in this era, many things were changed from manufacturing into research and become a challenge for the start-up firms to cope up with the change effectively. Hiller and Bell at that time dominated the market for new types of airframes known as a helicopter. Aircraft firms also took some actions against the improvements of the jet etc. at that time to fulfil the conditions of the ongoing competition.

In 1957, the aerospace has introduced which creates a new niche in the industry and the cold war and a post-cold war becomes the symbol of an industry for success. Many new inventions and a growing sales were recorded in the time of cold war and it has clearly seen that how the companies were actively performed during the cold war just to remain in the competition and prove themselves to be one of the powerful technology handlers.

However, I learned a lot of new dates and events name from this subject, which I did not know before that how this all came in to being. From this subject, I learned that how a lot of people did struggle to make the aviation industry a successful industry and how the research becomes the critical part of success. This subject taught me how to look forward to the opportunity and then come up with the solution, which can change the whole, compete for demission of the world.

The last but not the least, I learned a great lesson of the golden era of aviation from this subject. The period between the two world war, that is known as the golden era of the aviation. In this era, many the planes that were dominated by Americans were used for racing, record-setting, business travel, and exploration. I learned this all from the subject I did not know before that there are aero planes, which can also be used for the racing purpose or for the record-setting purpose this, was the very new thing for me from this subject.

Moreover, the overall learning of men and women to work for aviation is remarkable. I learned the role of women in the aviation industry from this subject, which I did not know before. Whenever the name of pilot comes in mind, there was an image of men pilot always but after the leanings from this subject, this thing has changed and I learned that there is the role of the women in the aviation too.

At the end of this learning process, I would like to talk about the learning that this subject gives me in quite detail. First of all this subject plays a great role in increasing my motivation towards my own competencies, as I mentioned above that this subject taught me that nothing is impossible if we truly believe and know what we are mending for an what is the special skills that we process. This subject increases my interest towards the aviation industry because the system, which they follow, is very transparent and allows everyone to learn a lot from the system.

Secondly, the aviation industry is the biggest industry in the world and allow thousands of people to travel every day, everyone should know about how this industry work and how they made this all possible for us to travel that easily across the world. The role of the pilot in the whole subject was again very interesting for me.

I also want to discuss the use of technology which aviation is doing that is the classic example of other industries and the new invention that keeps on coming from that industry is outstanding. I also want to talk about some flexible government policies, which I personally think the aviation industry should be provided with. The government should provide the industry with enough quota or enough funds to do the research whenever it is needed to save themselves from any accidents and any mismanagement.

Last but not the least, this was the great subject, I enjoyed this subject a lot because it gives me a lot of information. I have learned many new things, which I did not know before, and indeed those things are very important for everyone to know about because the transparent system that we are enjoying nowadays, we should also know the back end struggle and the efforts from our great leaders and should try to follow them in our respected fields.