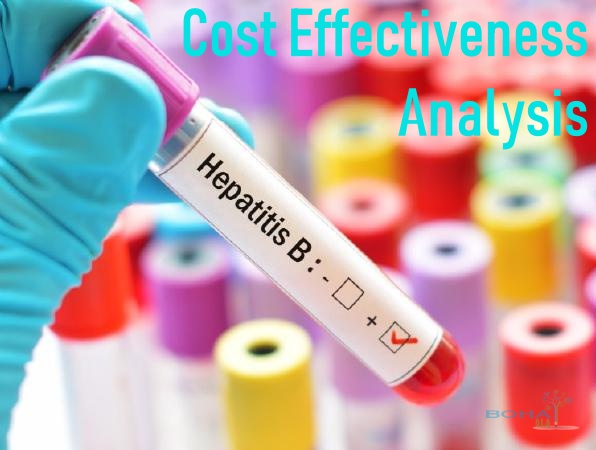 and the societal. The cost related to the health state, which is related to hypotheses was also collected, however, collected hypothesis include and exclude the productivity losses. Author debate about the risks for hepatitis B infections as individual remains at risks, individual who stay unvaccinated. He discussed the most appropriate age for the universal vaccine so that children or people stay benefited.

Through focused on the cost study revealed that Vaccine cost per dose was based on the contract price that was given by the British Columbia Ministry of Health in 1994. The Ministry of Health estimated the ongoing surveillance and the cost of the pamphlets and the supplies. Public health nurses completed the vaccine and the time was estimated by public health. The time taken by the Vaccine administration excludes the organizational and travel but involves or includes the counseling and training activities. At the Central Fraser Valley Health Unit, there was the analysis of time study that how much of the nursing time spent in travel, estimation of the time spends in the mixed urban and the rural region province. The aide and clerical time were also estimated by the 1994 survey and the cost of nursing and the clerical services was also undertaken, the benefits paid, salaries, overhead costs and the isolation allowances were estimated by the Ministry of Health. It was estimated that each child, cost of vaccinating was $44. The cost of a vaccine was $20 and the cost of administering a vaccine was $24.

For the cost-effectiveness, the author did the analysis by doing the comparison of 2 strategies known as grade 6 program and alternate strategy. In grade 6 program there was the offering of the 3 vaccinations that were free of charge and the alternate strategy that has the new program and the maternal screening. Thus, to save the cost no vaccination for adolescent’s strategy but the maternal screening was focused because of high-risk individuals. From the Markov cohort analysis, the decision model was structured. However, as $44 is spent vaccinating on each child was decreased by $35 per child by future health expenditures. The cost-effectiveness analysis tells that the program resulted in savings of $75 per person vaccinated, the cost was economically attractive because incremental cost-effectiveness percentage was less than the $50 000 per life year.

The Estimation of Treatment Cost:

The author for the estimation of treatment cost used 3 techniques that proved to be effective, as there was an assessment of the assess resource utilization. Three techniques include 4 hematologists, 4 acute, and the 4 chronic, the focus was on the hepatitis states. The charts were reviewed, which describing inpatient and the outpatient care; there were the analysis of the 148 individuals and also the 6 hepatitis related diagnoses. The analysis of treatment cost was done by knowing the hepatitis B-related admissions, which were over a 10-year period. Thus, the information was collected by the Canadian Institute for Health Information. Patient Costing System was done by estimating the standardized methodology and the indirect costs plus the direct inpatient costs, the analysis also includes the physician visits, premature death based on the age and sex in British Columbia.

Through calculating the annual proportion of the children and adults, the author considered the published studies and the annual rate of loss were also calculated by using the relationship given the following:

The data resource used the series of MEDLINE searches and the other searches; there was the analysis of acute or the chronic hepatitis B-. The data resources were extensive sensitivity as having the economic variables, the analysis was considered insensitive because the cost-effectiveness ratio was above the $50 000 per life (Krahn, Guasparini, & Sherman, 1998).

The author used the best way of evaluating the cost of Vaccine cost per dose, which was $44. The cost of a vaccine was $20 and the cost of administering a vaccine was $24. However, the analysis was done on grade 6 program and alternate strategy resulted in decreased the cost of vaccine by $35 per child by future health expenditures. The data resources included the series of MEDLINE searches. Articles provide the understating of the economic cost reduction in the vaccination systems, as new implementation proved to be effective. For the reduction of future errors, this program can be considered because it is cost effective and can reduce vaccine administration costs.

The article considered cost-effectiveness in infant hepatitis B vaccination and focuses on cost-effectiveness ratio, which was made below $50,000 and thus the program proved to be economically attractive. However, it is recommended that for the future programs regarding cost and program effectiveness, there are need to consider the primary and secondary sources. Vaccine affordability needs to provide the support in order to give help to the low-income countries but first, there is need to reduce the number of re-admission of hepatitis B. The average country investments on a child can be reduced old researchers.

Cost-effectiveness therapy for hepatitis B was proved to be successful in China, so the suggested methods could be used for the economically favorable outcomes in the future, as the HBeAg-positive and the HBeAg-negative chronic hepatitis was conducted and there were yearly health states tracked. Thus, entecavir strategy was proved economically cost-effective, the favorable outcomes can be seen by saving the cost and utility data, however, there was also decreased in the number of mortality and complications (Wu, Li, Chen, & Shen, 2010).