The various forms of contraception available to human beings are against the natural laws. Human beings were 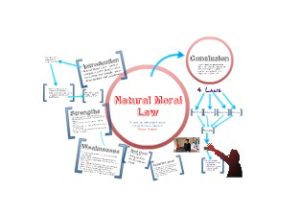 Medics are encouraged to inform their clients about the deleterious effects of the contraceptives that they use (Dennis et. al., 2012, pp. 168). The medics should not decide to the clients the contraceptive they are expected to use but play advisory roles to them. Legislation on the use of contraceptives is very clear on how the healthcare professionals are supposed to deal with clients in need of contraceptives (Rhonheimer, 2000, pp. 137). It is against the Hippocratic rights of the medics to hide sensitive information from the clients that can lead to them being hurt. Clients are normally informed about the effects of using the different contraceptives so that they decide (Demarco, 1999, pp. 5). However, despite the legislations being very clear, they are underutilized. Some healthcare professionals may opt not to give complete information to the clients who use them to harm themselves obliviously. Some of the clients are also advised accordingly, but they disregard whatever they have been told. Some of the medics go against their code of conduct and legislations to promote the misuse of contraceptives, which is not only immoral but also unethical (Devettere, 2016, pp. 303). Healthcare organizations have to insure the prescribed contraceptive drugs and all the devices so as to cushion the clients against harm. Organizations that are not able to do so on religious grounds are exempted from that legal requirement.

The weaknesses that human beings have are the main impediment when it comes to the implementation of the legislation to the letter. In most cases, people implement the legislations selectively. The situation leads to a blow to the use of contraceptives that not only endangers the health of the users but also contradicts the natural laws. The contraceptives at times are not even insured and this is a blow to the users in case they are hurt (Dennis et. al., 2012, pp. 171). Many people, including the medics who are supposed to give direction to their clients, also violate the rules governing the access, provision, and the use of contraceptives. This has prompted other parties to uses contraceptives including the youths.

Pepsi Crisis In The USA