Global environmental changes like climatic change have increased degradation of ecosystems leading to risks such as reduced opportunities, especially vulnerable and weak populations, water scarcity, extreme poverty, financial crisis, and food crisis. These changes are taking place because of increased urbanization, fast-moving, and interconnected world amongst changes in geological power balances, and globalization. Information and labor, burgeoning flows goods, and technology and capital lead to a growing global population with implications for productions and consumptions patterns. Addressing this problem requires sustained rules, values, institutions, and economic systems to transform the environment through legal, political, demographic, and technological means. United Nations Climate Change Conference will, therefore, take place in December 2015 in Paris, and a total of 196 countries will meet to sign new climate change agreements (Willis, 2014). This paper review literature and reports on climatic change agreement challenges, institutions, and the difficulties faced by nations when seeking to gain agreement on a coordinated approach.

A comprehensive review of the literature found that there were a series of climate change agreements and institutions to reduce the global impact of climate change on the environment. Carraro (1999) argued that human-made climate change was known to be a problem in the 20th century, even though Green House Gases emissions effects on the global climate have been there since the 19th century. Intergovernmental Panel on Climate Change (IPCC) was established in 1988 to assess scientific evidence (Pulhin, 2010). 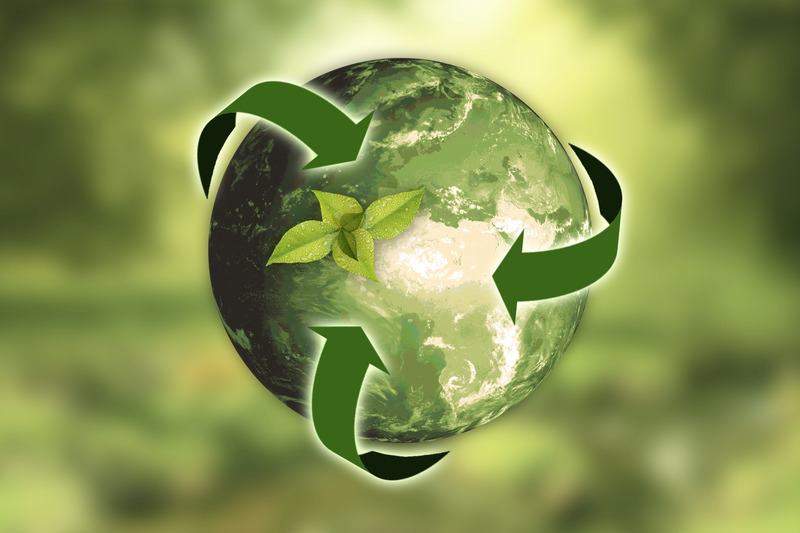 In 1994, The United Nations Framework Convention on Climate Change (UNFCCC) was entered into force and was earlier adopted at the Earth summit in Rio in 1992 (Tomlinson, 2015). The main goal of the establishment was to stabilize the concentration of greenhouse gas in the atmosphere to an acceptable level to reduce anthropogenic interference of the system of climate. The first Conference of Parties (COP 1) was established in Berlin in 1995 to initiate the negotiation process and agreed that developed countries’ commitments will be strengthened. Pulhin (2010) argued that these negotiations and agreements led to the establishment of the Kyoto protocol in 1997, which entered into force in 2005. The contract required developed nations to measure their reduction of carbon emissions into the atmosphere by 5.2%. The protocol did not become effective since the US, which was the number one emitter of carbon, did not comply with the contract.

COP 15 in Copenhagen was established in 2009 to implement a new climate agreement that would commit both developing and developed countries, a deal that was post-Kyoto period. This conference failed since it ended with a non-binding document mentioning 2oC target, a goal was agreed to provide climate finance and came up with Green Climate Fund in which countries made pledges up to 2020 that were not sufficient to meet the 2oC target

In 2011, COP 17 conference was held in Durban. It establishes a mechanism of technology to expedite technology development and relocation. The meeting also concluded that a new agreement to be adopted by 2015 and enter into force in 2020. The arrangements were to be legally binding and applicable to all countries of the world, and the Ad Hoc working group on the Durban platform was to prepare it for an Enhanced Action.

Kyoto Protocol’s second commitment period (2013 -2020) conference, referred to as COP 18, was held in Doha in 2012. The Doha agreement did not enter into force since out of 144 countries of the Doha Amendment; only 23 states have approved it so far. It was found that the Doha Amendment impacts only 14% of global emissions since Japan, the US, Canada, and Russia have not yet assumed commitment. In contrast, Australia, EU member states, and other European countries have considered responsibility (Australian Greenhouse Office, 2000).

COP 19 conference was held in 2013. This was established to create a Warsaw mechanism internationally for the damage and loss and to address damage caused by climate change in developing countries. This agreement was subject and scheduled to be reviewed in 2016 (COP22).

The US-China announcement on their intention to reduce climate change was made in December 2014 ahead of the Lima conference. The US in the agreement plans to reduce carbon emission by 26-28% by 2025 while china plans and aims at increasing the sharing of sources of non-fossil fuel energy and to reach the peak of emissions of carbon by 2030. Moreover, the US and China decided to expand their commitment and cooperation in the production of clean energy, storage, and carbon capture.

In December 2014, the Lima conference was held that serve as the 20th sessions of COP to the United Nations Framework Convention on Climate Change (Erbach, 2015). The meeting concluded with a document called ‘Lima Call for Climate Action.’ This document requires all countries to make known their intended contributions towards post-2020 climate change action before the December 2015 Paris conference as well as with draft negotiating text elements of an annex. The document contains some crucial decisions that were found relevant for more progress towards the Paris agreement. The agreement will address capacity building, mitigation, finance, technology development and transfer, transparency, and adaptation in a balanced manner.

Difficulties and Challenges Faced By Countries Seeking to Gain Agreement

Despite the intensive negotiations for about 20 years, the world’s nations have never found an amicable solution to prevent the highly increasing dangerous climate change. It was found that the world might be heading for a 4o c rise in temperature by 2100 due to the continued increase of global emissions of Greenhouse Gases (GHG). These challenges are related to economic, technical, and political factors, as discussed below;

A close link still exists between Greenhouse gases (GHG) emissions, prosperity Gross Domestic Product (GDP), and energy use. It was found that most economies always would not be able to achieve a profound reduction in GHG emissions without impacts on their Gross Domestic Product negatively in the short term run. At the same time, certain uncoupling of GHG emissions and Gross Domestic Products have already been achieved by individual countries. Profound transformation and reduction of Global warming brought about by climate change require enormous sums of money for the generation of safe energy, efficient and secure transport systems, which will take decades since some countries are still underdeveloped and cannot raise such money (Stern, 1992). Additionally, to achieve breakthroughs to efficient, clean, and safer energy technologies and more reliable infrastructure investments, many trillions of cash are required, which cannot be afforded by developing countries.

It was found that highly developed and more prosperous countries are less affected and less vulnerable to climatic change impacts. Therefore, advancement in economic development by poor and underdeveloped states to slow down climate change leads to an increase in their vulnerability. It will be tough for economies to mobilize the much-needed investment for the transformation of the economy to a low-carbon economy. Stable and adequate financial resources for a country are essential when making agreements and policies to curb Global climate change. Besides, operational capacity, political commitment, and knowledge are also imperative.

The effects and impacts of Greenhouse Gas emissions are not usually immediately felt, but they materialize and sometimes mature later. After Greenhouse Gases (GHG) have been emitted, a rise in temperature occurs or peaks within decades, while the increase in sea levels occurs over centuries. Most of today’s decision and policymakers are political leaders, mostly presidents of 196 countries who will attend the December 2015 Paris summit and make the agreements. These leaders will no longer be in the same position of power to initiate the transactions made when the effects of today’s policies on the climatic changes are felt (Gaan, 2008). This brings a big challenge and slows down the pace of actions to reduce climate change.

It was found that the most critical and dangerous GHG is carbon dioxide (CO2) that sticks in the atmosphere for an extended time as far as thousands of years. Their impacts on climate change, therefore, continue even after halting the emission of carbon dioxide in the atmosphere. Cumulative of GHG emissions in the atmosphere from the past two centuries were found to be the most cause of climate change (Casper, 2010). The rich countries today are rich because of their previous energy use and GHG emissions during the development of their infrastructure, technology in industries, and their prosperity. Harmful gases produced from the industries such as fluorinated gases, methane (CH4), nitrous oxide (N2O) impacts significantly to climate change. Besides, advancement in the technological field and continual manufacturing of vehicles and machines that use fuels spearhead emissions of CO² into the atmosphere leading to climate change.

It was found that during the Lima conference, many important issues were left unresolved. Countries’ nature of contributions was not specified and will make it difficult for the Paris conference to assess and compare each country’s contribution to the reduction of emissions. It will be difficult for them to add up to the standard emission reduction required to reduce global warming below 2oC, which is the internationally agreed limit (Willis, 2014).

Therefore periodic assessment process and strengthening efforts of the nations will be an essential element required during the Paris conference.

Additionally, agreements legal form was unresolved during December 2014 Lima conference. Some countries were for legally binding strong agreement while others favored and preferred the bottom-up approach, which is based on contribution voluntarily. Besides, it was found that the issue of fairness and equity is challenging to address since global is common, and it’s challenging to monitor emissions from every country. On the other hand, developed countries should make significant contributions to reduce emissions besides the provision of finance to the developing countries’ actions since they have a more robust capability for taking steps and bears prime responsibility historically for the cause of climate change.

It remains a daunting challenge to implement and design real measures that motivate institutions, citizens, governments, and networks to cooperate with companies to deliver ambitious actions and policies at the global level that can solve global environmental impacts and its challenges. Highlighting the shared purpose and rewards of cooperation could lower the efforts to overcome trajectories and barriers. Various problems and inequalities often hinder the reward for progress. All countries should, therefore, take measures, policies, agreements, and attend the Paris conference to come up with a lasting solution to Global Environmental Impacts and Challenges. The European Union leadership role in limiting Global Environmental impacts and international climate action is being challenged with the latest developments of climate change and global warming. For the European Union to retain its leadership role, EU climate diplomacy must adapt to the new situation and remain a key player in Global transition and move towards a zero-carbon economy and energy systems.