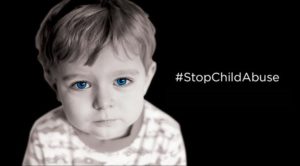 susceptible to drug abuse and violence when they become adults. The physical, cognitive, psychological and behavioral development of children is affected when they are exposed to various forms of abuse (Cohen, Frederick and Judianne, 2011). Some of the common forms of child abuse include rape, neglect, emotional abuse, sexual abuse, and witnessing. The consequences of child abuse include low self-esteem, poor peer relations, learning disorders and severe organic brain syndromes among others (Cohen et al., 2011).

The relationship between child abuse and substance abuse at an adult stage can be explained using different perspectives such as biological, psychological, environmental and socialization.

Children who have experienced child abuse shows evidence of trauma and stress. Trauma causes the hippocampi to shrink in size. The hippocampus is responsible for memory function of the brain. Stress affects the functions of subiculum. Subiculum receives impulses from the hippocampus to respond to stress. Child abuse affects the way hippocampus responds to stress. Child abuse makes children anxious and fearful. In addition, they have a difficulty in feeling pleasure or joy. This condition causes children to engage in drug abuse and violence. They believe that they can overcome the state of depression and low self-esteem by using drugs. Child abuse also causes mental illness. Mental illness is responsible for schizophrenia and depression. Schizophrenia affects the dopamine system causing it to undergo disregulation. Disregulation of the dopamine system is responsible for mental illness and drug abuse. In this way, children who are abused are likely to become drug users. In most cases, they became violent because they feel neglected in the society.

Child abuse such as neglect and emotional abuse makes children feel lonely (Cohen et al., 2011). In addition, they lack a supportive family that can protect them from drug addiction. In this way, they indulge in drug to cope with negative emotion. Family support plays a significant role in modeling character. Children who have undergone sexual abuse by close family members show a high level of dissociation that leads to increased disturbance thus affecting the functions of the memory (Rohsenow, Damaris Richard, and Donald, 2004). Such children can start to find drugs as the only solution to enable them to cope with the situation. In this regard, they get addicted to drugs when they become adults. Such children are less empathetic, and in most cases, they appear to be impervious.

Child abuse makes most children to develop antisocial behavior and physical aggression. They find it difficult to get along well with their peers and family members. Physically and emotionally abused children show less competent in the social interactions with their peers (Cohen et al., 2011). In most cases, they would avoid and withdraw from their peers. As such, they develop anger, aggression, and fear. When they find it difficult to cope with the situation, drug and violence become their only solution. In this way, they become violent and drug addicts when they become adults to avoid anger and stress.

Children who are abused psychologically exhibit high rates of aggression and oppositional behavior. For instance, children who witness domestic violence believe that violence is the only way that can be used to solve the conflict. The verbal and physical violence makes the children detach themselves from parents (Rohsenow et al., 2004). Most of them are psychologically traumatized and find it difficult to share such information with their peers. It is difficult for them to overcome the psychological torture. As such, they indulge in drugs to cope with the situation.