Causes of the Second World War

There was devastating world war for about 20 years and 9 months after the end of the first world war. It was started from 1st September 1939 A.D. and ended on 12th September 1945 A.D. It spread worldwide causing huge loss of lives and properties. This war is known as the second world war in the history of the world. This war was fought between two hostile groups. Germany, Japan, Spain and Italy had an alliance, called Axis power. Similarly, Britain, America, France and the USSR were in another alliance called Allied Power.

The Major Causes of the Second World War

Once they came into power, they started to launch dictatorship. They spread up militarism and demonstration of weapons. They did so to warn and challenge other countries. They also spread the slogan of ultra-nationalism. 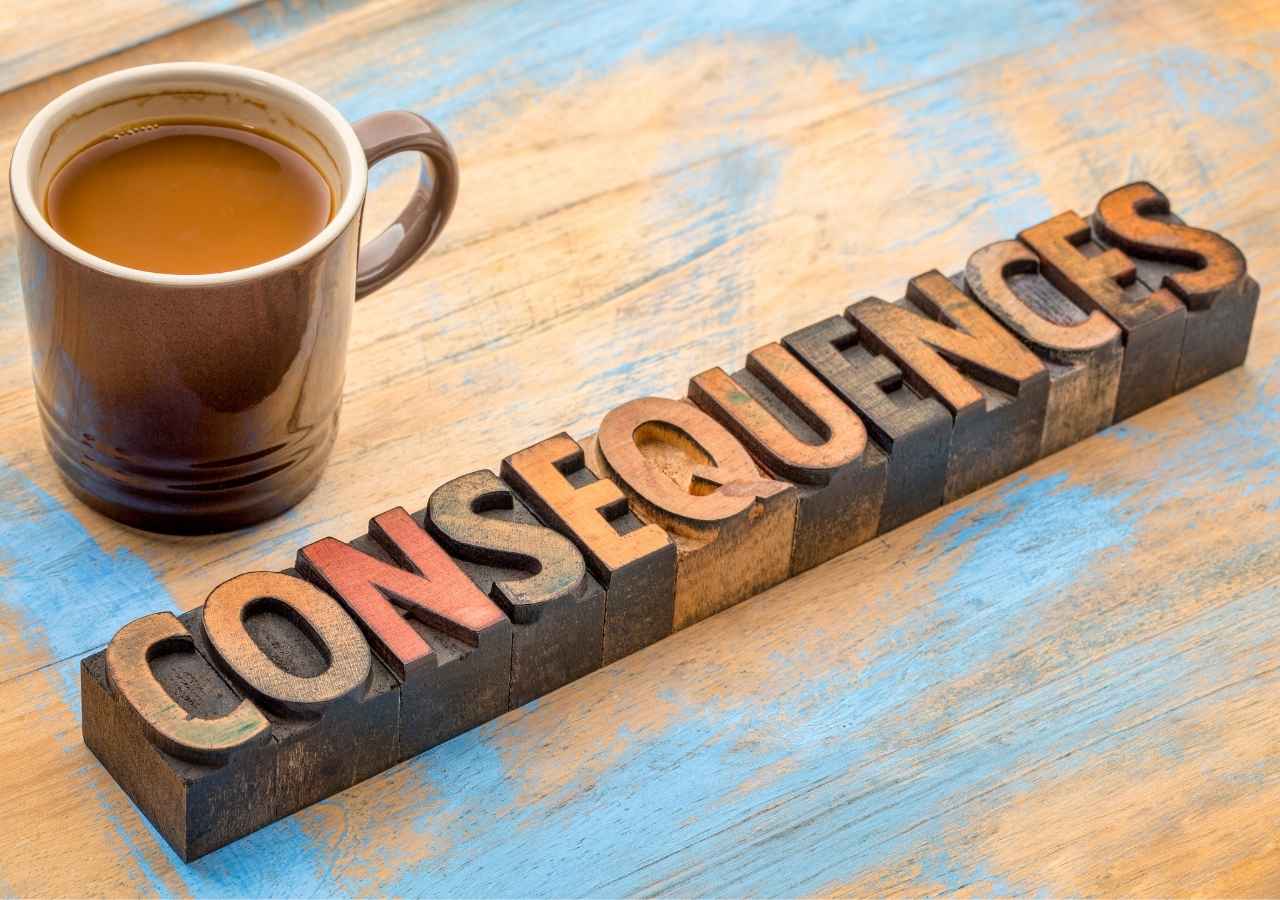 Hitler aroused the sense of patriotism and assured for reunification of Germany as in the past. He competed in the election of German parliament held in 1933 A.D. His National Socialist (Nazi) Party won the election with majority seats. Hence, Hitler became the Chancellor in the German parliament. He suspended the constitution, took all country’s power in his hand and ruled as a dictator. He made it mandatory for all German youth to join military service. This made democracy weaker in the world. Thus, rise of dictators became one of the causes of the Second World War.

The Main Events of the Second World War with Dates

Year in A.D. Day and Month

Glimpse of the Lesson

(1) Japan and Italy fought first world war from Allied Power but they joint Axis power in the second world war. Search the reasons from different sources and discuss in the class.

(2) How did the American policy of neutrality cause the second world war? Discuss in the class to find the answer.

(1) Give very short answer to the following questions

(a) What do you mean by policy of appeasement?

(b) When was the League of Nation formed?

(d) Which counties fought from the Axis power in the second world war?

(e) When did USA join the second world war?

(2) Give short answer to the following questions

(a) Do you think that there wouldn’t be second world war if the Versailles treaty was fair? Justify your answer.

(b) Why is the raise of dictators a main cause of the second world war?

(d) Introduce League of nations in your own words and explain why its failure was responsible to cause second world war.

(3) Give long answer to the following questions

(a) What are the main causes of the second world war? Explain any two of them.

(b) Explain the role of Britain, Russia and France in causing the second world war.

Consequences of the Second World War

The second world war began from 1st September 1939 A.D. after Germany attacked on Poland. In the beginning of the war, Germany achieved great success. It defeated countries of Allies power such as France, Czechoslovakia, Poland, Denmark, Norway, Belgium and Netherlands. Similarly, Japan also had supremacy over East. It invaded east and south-east Asia and reached up to India. America requested to stop invasion. But Japan denied to do so. Japan attacked on Pearl Harbour, Hawaii island of America. On 7th December 1941 A.D. Then, America joined the second world war from the side of Allies power. It declared war against Axis power on 8th December 1941 A.D. The Axis power countries were becoming weaker as they had already fought a long war. They had to fight with newly joined powerful country, America.

The Major Consequences of the Second World War

These two countries were different in political ideology. America was a capitalist country and just opposite of it, Russia was a communist country. They started criticizing each other. Because of their influence in the world, polarisation started into two blocks i.e. communist and capitalist. Russia led the communist block and America led the capitalist block. They did not declare war against each other. However, they started unhealthy competition. Thus, cold war started in the world between these two powerful countries. This remained up to 1989 A.D.

After the end of second world war, European countries needed to be reconstructed promptly. But they did not have economic resource for it. Then, American president Truman made an announcement to give economic assistance to the ‘free people’. This is popularly known as Truman Doctrine. The main aim of this was to stop spread of Communism in Europe. Very soon, US secretary of State, George Marshall prepared a plan to provide economic aid to the European countries which were in capitalist block. This is known as Marshall Plan. America spent about twelve and half billion dollars on Marshall Plan to build European economy. Similarly, Russia also established an organization to provide economic assistance to the member countries of Warsaw Pact, called ‘Council for Mutual Economic Aid (COMECON)’. This organization was established under the leadership of Molotov, the foreign minister of Russia. Therefore, COMECON is also called the Molotov’s Plan. Such competitive organizations supported European countries for their reconstruction after the second world war.

Likewise, many meetings were conducted and declarations were made for establishing a peacekeeping organization in the world. Finally, the representatives of 50 countries had a meeting at San Francisco from 25th April to 26th June 1945 A.D. and signed the Charter of the United Nations Organization. Later, Poland signed on the charter. After signing by 51 countries on the charter, United Nations Organization was established formally on 24th October 1945 A.D.

Initially, it had only five members. It has 120 members up to the date. It has become the second largest organization after UNO to include the countries of the world.

Role of Nepal in the Second World War

Nepal did not take part directly in the second world war. But it participated in the war on behalf of Britain like in the first world war. Juddha Shumsher, then prime minister had sent 8000 Nepali soldiers to India under the leadership of Bahadur Shumsher. Britain recruited one lakh Nepalese in India during the war. Altogether 2 lakhs and 50 thousand Nepali soldiers participated in the war. Among them, 7544 Nepalese youths were killed and had disappeared. Similarly, 23,655 were injured in the war. Nepal had a huge loss of Nepalese youths in the war. The Nepalese fought in the war bravely and achieved the tittle of ‘Brave Gorkhali.’

Nepalese soldiers fought against Germany and Japan on behalf of British government. They fought in Cyprus, Greece, Syria, Lebanon, Italy, Palestine, Iraq, Singapore, Malaya and Burma. They demonstrated bravery, honesty and dedication in the war and impressed British and opponent armies. Being happy, Britain awarded Juddha Shumsher with the full honorary designation of ‘General of the British Army.’ British Government provided lump-sum rupees of 3 crore and 33 lakhs to Nepal as a mark of her gratitude. Britain also promised to continue paying one lakh rupees to Nepal which had been paid from the first world war. Some of the Nepali soldiers were also awarded with supreme medals of Britain, “Victoria Cross” and “Military Cross.” The Nepali soldiers who participated the war could experience the development with democracy. Then, they helped in mass revolution to end Rana rule in Nepal.

(1) “The cities, Hiroshima and Nagasaki were destroyed not by America but by the atomic power.” Discuss in the class and note down the best ideas brought in the discussion.

(2) Draw an outline map of the world and locate the countries involved in the second world war and the places where major events took place in it.

(1) Give very short answer to the following questions

(b) When was the United Nations Organization formed?

(c) Who signed the Atlantic Charter?

(d) Why did Germany surrender the war?

(2) Give short answer to the following questions

(a) How do discussion and understanding help to pacify the war? Explain your answer in four points.

(b) Why did Hitler commit suicide? Give your logic in four points.

(c) What is Panchasheel? List out the principles included in it.

(d) Write about the formation of United Nation Organizations in brief.

(3) Give long answer to the following questions

“It is said that no power of nation has permanent enemy or friend in politics.” Meet a historian nearby your school or house and request him/her to evaluate the background of First and Second world wars, hostile alliances of the countries and its effects. Then, prepare a short report of your studies on the following titles.