Use Body Cameras for Law Enforcement

Use of technology by police officers for surveillance and observation started way back in the 1990s, with the 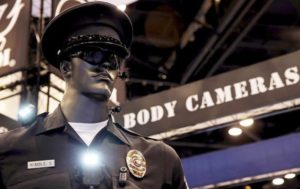 innovation of dashboard cameras to record actual time encounter between the public and the police. At first, the cameras received a lot of resistance, but later people accepted them after learning about their positive effects on protection and accountability of police officers (Pelfrey et al., 2016).  In the recent, use of body worn camera by police have become ever more popular as a strategy for criminal investigations and prevention of crimes (Goold et al., 2013).  Moreover, on the part of the public, the availability of cheap cameras including phones has made it possible for them to film police officers on their duties. Importantly, the courts have also in a huge way accepted the use of film footage as part of the evidence that can help with crimes prosecution as well as holding police officers accountable while performing their duties. As a result, the use of the body cameras has in the recent years received a lot of attention from both the justice departments and the media.

In 2013, a court ruling in Manhattan ordered police to wear body-worn cameras as a way of trying to prevent racial harassment (Ready & Young, 2015).  However, in the current,  the Federal Law requires that every police officer to have a body camera with an aim to enhance police-community relation owing to the increased use of force cases and public complaints against the law enforcers. In spite of the great promises, there is no yet any research evidence on the success of the implementation of the order to have the law enforcers put body-worn cameras and benefits as well. According to Ready & Young, (2015) other than subjective information in non-controlled measures, and with no systematic evidence there is no yet report on the steps that the police departments need to take to successfully implement their use and reap maximum benefit. However, preliminary reports are showing that the implementation and financial support are amongst the enormous problems the various police departments are facing.  It is evidence that even after, putting in place the systems and policies, agencies continue to face challenges with financial support and it seems that the cameras are not providing answers or evidence needed due to limitations of the cameras.

Whether the limitations of funds on implementing body-worn cameras are interfering with the benefits expected?

The use of force by police receives a lot of attention from various parties. The interest is to assess whether the investment is worth the massive funds regarding its ability to enhancing police-public relations and promoting transparency on police when performing their duties.  There are situations where the public expects the police officers to employ reasonable force if the situation can justify without harassment.  Police have a responsibility to protect and safeguard people without exchange of anything (Paoline  & Terrill, 2011).The security departments implemented the use of body-worn cameras with perceptions that they would lead to maximum benefits in promoting transparency and lowering police use of force. However, according to Goold et al. (2013), in addition to the benefits resulting from the use of body-worn cameras, their implementation places heavy financial burden. In fact, implementing of Body-worn cameras seems to cause more problems if there are no proper plans on training, administrative and funding issues (Ready & Young, 2015).

The body cameras do not necessarily amount to single-size-fits-all answer for enhancing public-police relations or promoting police reforms. Instead, according to Ariel et al., (2017) it all depends on the situation at hand since it is not all cases when police use force in administering a lawful arrest that amounts to claim that the officer violated the person’s rights.  The security departments need to show outstanding commitment to successfully implement a workable body-worn camera program including having sufficient funds to meet the expensive costs associated with purchasing of the body-worn cameras (Goold et al., 2013). The price of one body-camera ranges between 200 and 1200 dollars. Moreover, the apart from acquisition funds more would be required for training and for hiring experts to review footages.

In future, and at the start, police scholars have argued that are extra financial burden related to implementing body cameras including storage, security, and access to data. Also, other additional financial burden comes from custody chain and classifying of the film footages, maintenance of the cameras, administration, staffing as well as training. Research in the area of cost-benefit acknowledges that there is a probability that the cost burden may deter fully and successful implementation of body-worn cameras program. The situation is argued to proof that the police department must fully plan on the expenses associated with the implementation to ensure maximum benefits (Ariel et al., 2017).

The study tested whether funding issues affected the benefits expected from using body-worn cameras by failing to provide answers or evidence need due to limitations of the cameras in different police stations in Arizona State (Sousa et al., 2016). The study concentrated explicitly on findings of previous studies regarding the impact of funds constraints experienced in implanting body-worn cameras.

The study employed systematic review method which includes gauging the driving forces against the major issue identified in the research.  The driving forces of the study included all the variables as the additional burden associated with the implementation of body cameras.  That is, storage, access and security of data, training, staffing, and administration costs as well as footage categorizing funds.  The data collection method included synthesizing of existing data from reports, journals, books, and previous studies.

The study results indicate that the considered variables in need added other resource constraints to the implementation of the programs. The events outlined in the synthesized sources helps in revealing how every variable adds an extra cost to the initial acquiring costs.

Evidence showed that the implementation cost increases significantly due to the additional funds required ensuring storage, access, and security of the filmed evidence. Also, more money would be necessary for categorizing the footage to obtain substantial evidence.  The burden also comes from the training of the police officers on the use of body-cameras, maintenance of the cameras, more staffing as well administration services.

The findings show that in deed these variables are additional burden apart from the acquisition costs.  Sousa et al., (2016) asserts that the problem would be worse if the preliminary plan fails to account for the other expenses related to the implementation of body camera. Although the federal law requires that law enforcers wear the body camera, some municipalities are yet to comply with the order. Experts are raising concern that the fund limitation is significantly influencing the quality of evidence as at times police ends up buying low-quality cameras or even working without them (Paoline  & Terrill, 2011).

The implementation of the new technology by police officers is not only about purchasing the body cameras. However, there is need to carry out a cost-benefit analysis to ensure that the benefits expected would be more than costs incurred. Also, early preparation and budgeting are essential to ensure there is no underestimation on implementing the program.

The research points out the additional fund burden associated with the implementation of the body-worn camera.  The burden includes maintenance, data access, storage, and its security, training, staffing and administration costs. Also, the acquisition cost is also high based on what most municipalities can afford regarding promoting security. It is clear that these additional costs interfere with the quality of evidence or the intended benefit of supporting police-public relations, combating use of excessive force by police and transparency. Thus, it is important for police departments to deal with funds limitations in advance to ensure maximum reap of benefits of using body-worn cameras by law enforcers.