Data protection in any system is very essential. It protects the unauthorized access to information. However, cases of 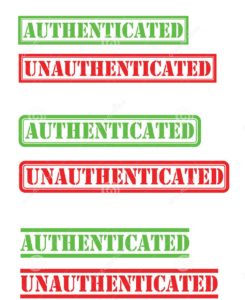 On the other hand, the unauthenticated attack is the process of exploring the vulnerability of a network system without necessarily having to log in as an authorized user. It is usually carried out by malicious attackers who want to gain access to sensitive information of the other person without supplying valid login credentials. After login into the network, the attacker then acts as the trusted user of the website or the network system. In other words, the unauthenticated attack is where the unauthorized user circumvents the security of a network system by utilizing a vulnerability or flaw that does not entail or contain authentication (Kamarei, Patooghy & Fazeli, 2016). In authentication attack, the attacker is not required to pass through an authentication boundary to get access to the sensitive data and information. The wizards who get access to the sensitive information do have custom links that they use to go to the next step or the previous step. In this case, they will be able to confirm the data entered into the network system without the knowledge of the victim. The unauthenticated attack is typical in the shopping carts and contact forms (Kamarei, Patooghy & Fazeli, 2016). Most web shops allow users to fill the shopping carts before they are provided with the login credentials. The attacker can exploit this scenario by reading the products that the victim fills in the shopping cart without passing authentication boundary. Examples of unauthenticated attack include reconnaissance attack, nuisance attack, spam attack and phishing attack among others. Reconnaissance attack is where the hacker sends an invite message to the victim and determines the vulnerability of the SIP machine after obtaining feedback. A phishing attack is where the attacker poses as the authorized financial institution of the victim. The hacker modifies the invite message to get the personal credentials of the victim.

It is important to install modern authentication frameworks to prevent unauthorized access to the sensitive content of the user. Both authenticated and unauthenticated attacks can be avoided if the best applications are put in place to mitigate session fixation.

Cybercrime and Types of Cybercrime

The Relationship Between Empathy, Emotional-Behavioral Problems and Cyber Bullying Among Young Adults