It was during 1992 and 1994 that the government of Australia relaxed its policies and reduced tariffs and opened its borders which lead to local industries flying out of Australia and focusing on low cost nations. The report tries to analyze the apparel industry of Australia and its current state. It starts with understanding the size of the apparel market. It then tries to analyze the products and the locations that are popular in Australia. It then analyzes the market dynamics such as local market size, exports from Australia and the top ten export destinations.

The report also tries to analyze the industry capabilities like cost structure, quality, technology, skills and other factors which are crucial factors for the apparel industry of Australia. 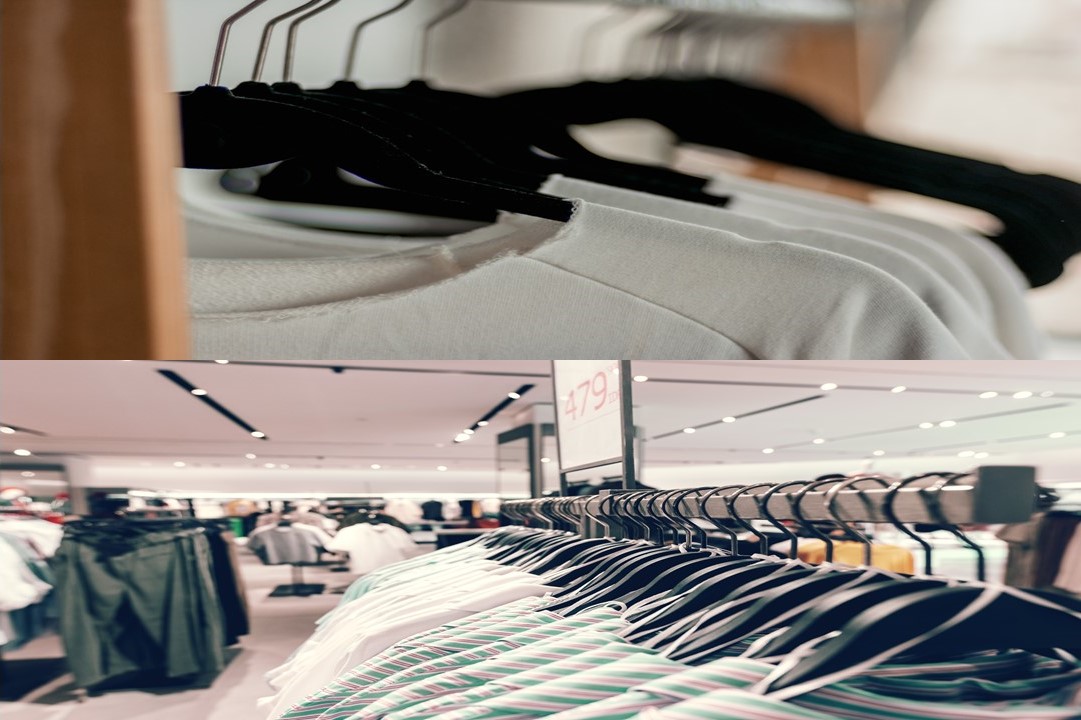 The Australian clothing industry can be classified into the men’s and women’s clothing market. In the menswear segment the total revenues in 2008 was $3524.4 million. The compounded annual growth rate (CAGR) during the period 2004-2008 was 3.9%.

The total revenue generated by the apparel retail industry of Australia in 2008 was $12.8 billion with a compounded annual growth rate (CAGR) of 5.4% during the period 2004 to 2008 (researchandmarkets, n.d.).

The total number of apparel retailers in 2001 was 10,673 and they were distributed across Australia unequally depending on population density. The apparel retailers were mainly located in key cities like Sydney, Perth, Brisbane and Melbourne. Victoria and New South Wales account for more than 80% turnover in in the textile, clothing and footwear segment (Ahern, 2004).

The products of the Australian apparel industry can be divided into the following categories:

Like other Western markets, the Australian fashion market is highly divided or segmented. The segmentation is not only based on income but also on gender, body type, age and aesthetic preference. This result in the market being broken up into small national markets based on lifestyle. Moreover compared to other western countries Australians spend less on apparel because of the moderate climate and their casual lifestyle. Australians spend a large portion of their income on housing, communication equipment and transportation.

The price reductions prompted by trade liberalization has reduced the share of apparels in household expenditure considerably in the past ten years. Moreover new products like iPods and mobile phones have captured attention of consumers.

The availability of easy credit, extensive use of mass communication and new strategies of retailers has significantly altered the buying preferences and pattern of locals. New channels of communication like internet and innovative promotional tools have been instrumental in boosting demand. The fashion industry has also influenced the choices of the locals (Weller, 2007).

The estimated population as of June, 2010 is 22.3 million (Australian Bureau of Statistics, n.d.).

The clothing market is around AUD$ 14 billion which is one seventh the size of the UK market. According to international standards the Australian market is considered thin.

The graph below shows the percentage change in earnings from 2006 to 2010. 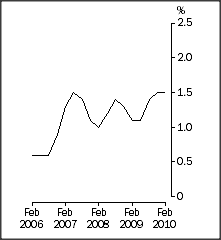 The total apparel export in the last ten years is as follows:

The graph below is a pictorial representation of the above table. 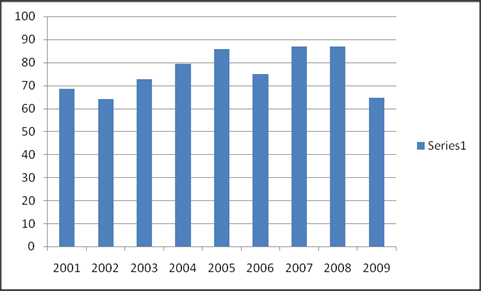 The Home Workers Code of Practice (HWCP) is a joint union industry which tries to reduce the exploitation of the workers in the clothing and fashion industry. A No Sweat Shop label is a label in the apparels which shows that the particular apparel has been produced in Australia and the people involved with the production has been compensated properly (TCFUA, n.d.).

The apparel retail sector can be divided into national chain stores, small regional chains and niche chains. The Just Group, Specialty Fashion Group, Retail Holdings, Colorado Group, Noni B and Country Road are national chains and form a part of Top 20 retailers of Australia. These 6 firms exert a significant control on various multi store retail brands to target different segments of the market. This is a strategy which helps them reduce the risks associated with uncertainty and fashion unpredictability. National brands are present in shopping malls and shopping precincts with each store having 180 to 300 stores. The store designs, garments are designed in a way to deliver a common integrated message to the customers. The national retailers being few try to create a monopoly market.

The cost of production of apparels is high in Australia.  After relaxation of trade policies there has been a massive shift of production in overseas market which can manufacture apparels at low cost. Reduction in tariff levels and an increase in cost of production in Australia, textile, clothing and footwear production which are labor intensive industries have shifted to low cost countries. Australian firms have entered into agreements with overseas manufacturers to compliment their production facilities. For example, in 2004 China was the largest supplier of apparel to Australia with a share of 73%. Italy was next biggest exporter with a share of 4%. In addition to this Australia also imports from Hong Kong and New Zealand (Ahern, 2004).

The success of Australia’s fashion industry highly depends on the skills of the local designers. Australia has highly skilled designers who are well updated regarding the fashion trends in Europe and US and can produce designs which can compete in the world markets.

The quality of apparel produced in Australia is very good. Australians are well aware of the quality and the trends in fashion in international markets and hence the quality of the apparel has to be good in order to tap the market.

In 2009, Australia’s Department of Industry introduced numerous creative schemes for the textile, fashion and footwear industry, taking into account the value of the supporting industries. They are trying to integrate business, researchers, educational institutes and unions by introducing the National TCF Innovation Network. It will also introduce the product diversification scheme to help apparel manufacturers to improve their sourcing arrangements (Australian Government-Department of Innovation, Industry, Science and Research, 2010).

Australia does not have a very well defined chemical/ manmade fiber industry but is rich in natural fibers like wool and cotton.

Australia mainly depends on imports from other countries for the textiles. It imports textiles mainly from China and then Australian designers work upon them to produce the final product.

The Australian government is taking various steps in order to boost the apparel industry. It has been instrumental in forming the Australian Fashion Export Cluster (AFEC) in order to help the local designers to boost their exports. It is a joint project between Austrade, Council of textiles and Fashion Industries of Australia (TFIA) and NSW governments’ investment and industry development arm (TFIA, n.d.).

In addition to this the government is also making significant investments in technology development which would help them to be competitive in the world market.

The key to success lies in establishing strong brands and being innovative. The buying season in Australia is mainly between April-May in spring and September-October during autumn. These are the times when industries should exploit fully. There are great opportunities for developing or exporting designer brands in Australia.

It can be concluded that the apparel industry in Australia is highly dependent on raw materials from other markets. It largely depends on imports from New Zealand and China for the raw materials like textiles.

Australian consumers and designers are well aware of the trends in the world market. The designers who design the final garment are very well updated of the latest trends in Europe and US.

Apparel export from Australia has been increasing from 2000 with few ups and downs during 2006 and 2009. The decline in exports in 2009 can be attributed to the global economic crisis.

Australian government has been taking steps to boost the apparel industry. In order to compete in the world markets, Australia needs to focus on the supporting industries so that raw materials are available locally.