America’s War in the Movie “Why We Fight”

The movie “why we fight” portrays about America and the reasonable (historical) sequence that lead to its war. The movie was about showing the American community how democracy is, how it works (both con and pro) the movie educates, and possibly forewarn about becoming vigilant of what is at times straining capitalistic trends.

The movie is a steady look at the structure of American war machines. It weaves memorable individual stories with remarks of beltway and military insiders. The film reviews the scorched scene of half a century’s military adventures, inquiring how–then telling why–a state of, by, plus for the people became loan -and- savings of a scheme whose survival relies on a state of continuous war. 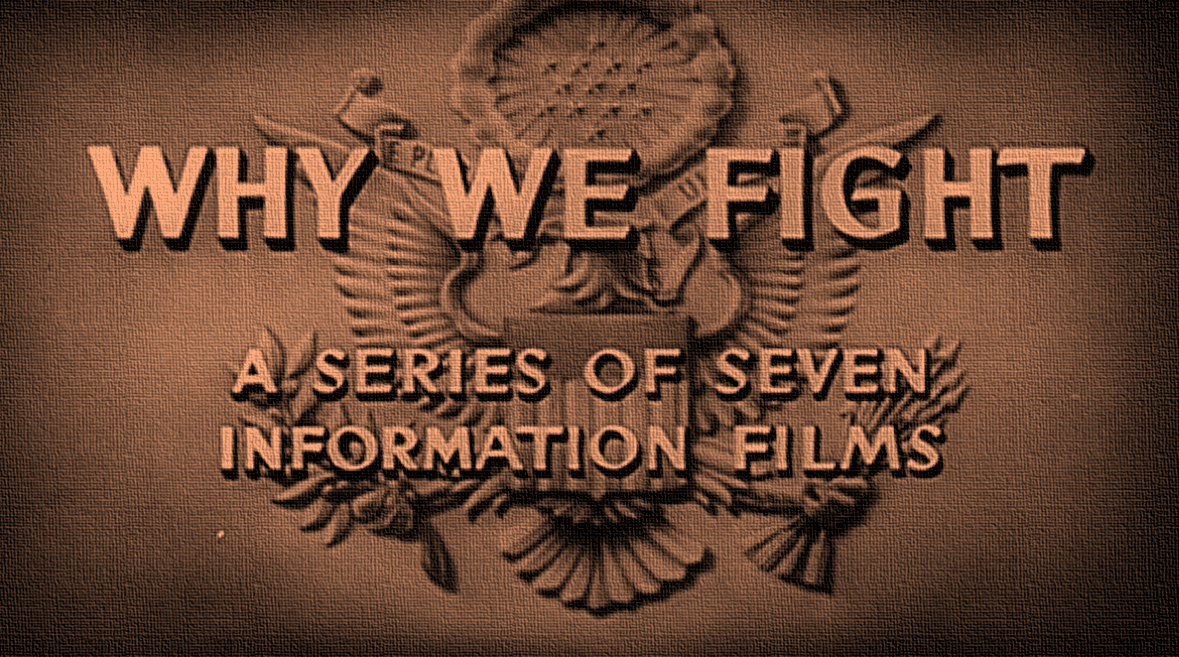 Does America Spend too Much Money on National Defense

The U S Today has become the world’s police.  Its military has more than 700 military bases within 130 countries globally. Total U.S. government’s military spending is almost equivalent to what the rest of the globe spends jointly in the meantime; the federal government literally drowns in debt. Once the Defense Secretary, Donald Rumsfeld admitted in public that the Pentagon had lost track of a sum of 2.3 trillion dollars. They could not inform how it had been spent.

Russia and China pose as a bigger threat than ever before. North Korea is totally insane now and they keep nuclear arms. There are other several other major regimes globally that work hard towards obtaining nuclear weapons. U.S. military is thinly spread presently that they might not react effectively if an actual threat emerged. Trying to become the world police is not just incredibly costly; it is strategic suicide as well. The U.S. military rarely ever leaves once they get boots on the grounds of a place. Nations like Germany and Japan know that no one is going to attack them any moment soon.  They are under U.S protection.

U.S spends a lot of resources patrolling Iraq streets and bringing together Afghanistan goat herders that it does not even prepare for the actual terrorization.  If World War III breaks out soon, it would probably be the U S against an associated front of China and Russia.  But it is not preparing for fighting that war.  Instead, leaders endorse in cutting nuclear arsenal to the roots as they fixatedly pursue bogeymen in Middle East caves. In U.S’s effort toward policing the world, it spends a great deal of money, its military stretches far too thin plus it is not even preparing for fighting its real threats.

The U.S. military today has more than 700 bases (it is said that it is in fact above 1000 bases).  According to estimations, maintaining these bases yearly costs almost $100 billion. The reality is U.S. military spends more than the military expenditure of India, China, Japan, Russia, and the rest of NATO combined. Total U.S. military expenses makes up roughly 44 percent of the entire military spending on the globally. The Pentagon gobbles up the 56 percent of every discretionary federal government spending. Both the wars in Afghanistan and Iraq cost over $150 billion yearly. To this end, it is likely that the U.S. government has exhausted more than 373 billion dollars on Afghanistan war.

The U.S. uses extra on defense than on anything else, as well as Medicare. Security spending is concerning the overseas contingencies, Department of Defense, and departments like State Department Homeland Security, and the Veterans Affairs. The military spending initiates from the (DoD) Department of Defense. The Department still maintains ready forces, focusing on its ability to counter terrorism and association with organizations for example NATO. It is able to maintain the pay and the benefit point for 9.6 million lively duty staff, their families, plus veterans. By spending increasingly on complex nuclear weapons and nonproliferation it would focus on nuclear deterrence.

Does America Need to Fight in all the Wars it Fights in?

America has been involved in quite a number of wars. It does not need to fight in all those wars. The following wars are those that America fought, just to mention but a few;

The 1812 War; Some describe it as Second Independence War. The US fought Great Britain to a stalemate; the independence of America was assured.

The Mexican-American War; The dispute over how Texas joined the Union led to US invasion of California and the balancing of the Southwest

The Civil War; Civil war was the bloodiest war of America since brother fought brother.

The Spanish-American; in this war, America became the world power when it defeated the Spanish.

World War I; Millions lost lives in Europe’s fields, sometimes as they fought over some disputed yards.

World War II; it was war similar to no other. It covered every corner of the world

The Korean War; To some, it is termed as forgotten war. For a period of two years, America fought a war to free South Korea.

Operation Enduring Freedom; On the 11th of September 2001, War came to America when NY and Washington were attacked. Not ever since the Antietam Battle had a lot of Americans died in a day. On that September, Al Qaeda network terrorist attacked United States. The United States responded through attacking of Afghanistan bases and moved to force Taliban who supported Al Qaeda out of power. This war is one that America really needed to fight.

Iraqi Freedom; On 19th March 2003 the United States attacked Iraq to overthrow Saddam Hussein’s government. More than three years later, troops of the US go on fighting a revolution there. The Iraq war can be separated into two different stages. In the first stage coalition forces and U.S advanced quickly on Baghdad. Saddam Hussein regime quickly fell and so the US began administering Iraq straight. The second stage has existed from mid April 2003 to date. During that time, Iraqis were helped to decide on their own government by the U.S. meanwhile US forces were invaded by both the old regime supporters plus the groups associated with Al Qaeda. Making matters worse fighting soon started between Sunnis and Shiites in Iraq. Today more than three years later the Sunnis and Shiites still hold virtual. America really needed to fight this war.

A smaller Department of Defense makes sense. Foremost, the Iraq war has finished. Secondly, elimination of Osama Bin Laden, which put al Qaeda “network of terror on a defeat path” according to D.O.D. Thirdly, DOD is moving its attention from keeping major, extended wars. Instead, it is avoiding “old-fashioned Cold War-era schemes” and spending additionally in reconnaissance, surveillance and intelligence — the tactic that led to Osama bin Laden’s downfall.