Home > Projects/Reports > What is Human Trafficking

What is Human Trafficking

Human trafficking is the act of using deception, coercion or force to secure, transport and exchange human beings for exploitation in form of forced labor, prostitution and other forms of domestic servitude. Human traffickers in United States and around the world earn a lot of billions in profits from this trade. It is believed to be the second largest illegal trade in the world after drugs and arms. Many victims of trafficking are sourced from the commonwealth countries, such as West Africa, central Europe, Southeast Asia, and Southeastern Europe with their frequent destinations being North America, Western Europe and Western Asia. The success of this multi-billion trade is mainly attributed to the effects of globalization. The revolution of communication and transport systems has made human trafficking to be much easier. With instant communications, affordable, and faster means of transport, these traders can efficiently coordinate their activities.

Human trafficking has been a thriving enterprise due to the loopholes created by politics that has been subjected to it by influential people in governments. Most governments have failed to curb this trade due to the high levels of corruption in their agencies. The increase in human trafficking is also as a result of the high levels of poverty in most of the third world countries. It is a serious offense as it deeply violates human rights. A lot of efforts from international communities are in place to eradicate this vice even though the governments should also formulate strict laws and policies to end the trade. 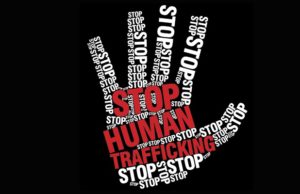