Feminism is a concept, which is very viral now a day. Feminism is the concept that women and men are equal in a society, they have equal rights like men. Women are always dependent on men for every work she wanted to do. Women are bound to some limitations to follow forcefully and harshly. In many areas, women are still treated bitterly and harshly and imposed to do the tasks, which she does not want to do.

Feminism is the concept introduced by some higher authorities of foreign countries to give rights and freedom to the women in all around the world. Men and women are not equally important but they are not illiterate, they have a right to live, as they wanted to. Thousands of people think that feminism should be implemented on the societies. This implementation can cause a revolution in the societies. This gives power to the women to explore the hidden talents in them and utilize them properly and where they are required. 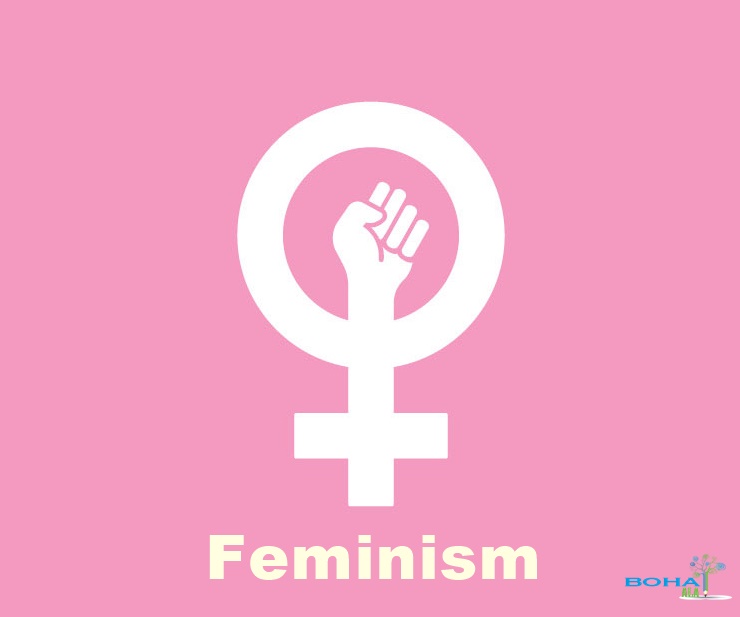 There is a law created for this issue is known as “blasphemy” which protects women from injustice and cruelty of bad society. This law protects the moral and mental character of a woman who is get hurted by the society mentally. It has many contradictions that are not resolving and are going on higher level day by day. The difference of gender creates a line between rules and teachings of a society.

Feminism is an image between imagination and reality of this myth that women and men are equal. Both the gender are not equal in many ways for example their body, size shape, stamina’s etc are different from each other. Women are weaker than men are. Women get emotionally hurt very soon. Women trust someone very soon, which makes them fool, and are used by people on wrong side. In western traditions “science and politics” the relationship between men and machines is considered a border between this concept. (Caprino, 2017)

This concept is still not accepted by thousands of persons in the world they thought that feminism is not good this can give women a wrong teaching of liberalism and independence. Most people think that women look good only when they keep in homes. They are safe only when at home. The outside world is not good for single women. Women should kept in homes so that they can be safe and secure from the cruelty of outside the world.

Now a day people are struggling hard to prove and implement this concept theoretically as well as practically. It is dominating now a day among the people of young age and energetic thoughts. Women now a day are so much energetic and passionate to do work that they can do anything hard to make their name successful in the world. We have many examples of such women in the world who have a successful name and fame in the whole world. Such women are an inspiration for the other women.

It is very important to keep in view the importance and efficiency of this concept among all the people in the society. If people have same thoughts than they can be easy to understand the concept and depth of the seriousness of the discussion. If the people are of too many different thoughts then it became very hard to make them understand the concept. Different mind people have different thoughts and different means of ideas in their minds.

This concept needs to be supported on political basis as a must. With the support of politicians, this issue can be supported on very high level and on internationally basis as well. The sensitivity of this topic needs to be accepting it seriously and on internationally basis. Now the day the male and female relationships, which are increasing day by day in our society, are a big cause of this problem in our society. The use of technologies also making this issue complicated.

The new economic and technological arrangements are also affecting this concept. With the increase in technologies, it limits the distances and relationships became weaker and weaker because of use of these technologies. It is an advocacy of women rights based on their rights. It is about equality of men and women in terms of rights and in terms of having equal opportunities to avail those rights.

Some people says that their body structure and physical features are not same that is why they cannot be equal. Some think that equal means it. It does not mean same in body structure or in every work. It says equality in rights to be secured to do work to be successful in the world, to get fame among the people of their society where they live. Women can also do the work, which boys can do by learning them by heart and can get experience of it very keenly and with hard work as well.

Feminists are those people who dare to break the ice, who dare to break the silence. Feminists are those who work hard to break the chains, which make them weak and bound to some unwanted sources. In my country, this concept is not supported in overall country. Our people believe that women should be bound in chains. Women cannot be supported to do the tasks, which she wanted to do. Women’s are still treated harshly in our country just because people do not want them to move ahead. Mostly institutions and NGO,s working on this to make people aware of this concept they are having success at some places but still most of the places do not believe on this at all.