Homeschooling is a trend that is becoming popular in the education sector today, with many parents being dissatisfied with the public school system and opting to teach their children at home on their own. Some have opted to do so primarily because they don’t think their children will be doing well in a school setting where there is a lot of competition and also a lack of instructor focus. There have been concerns that the standard of education in public schools has fallen and that diplomas granted to post-secondary students continue to slip be mostly useless because many of these students tend to be illiterate. They tend to find it very difficult to cope in a working environment, and some even have problems getting a job because they don’t have the skills they need to do the jobs they aspire to. To combat this, many parents are finding it worthwhile to teach their children themselves, and this has made homeschooling very popular with a growth rate of ten to fifteen percent every year. Statistics show that homeschooled children tend to do better than those in public schools. Still, despite this, there have also been arguments against it, saying that education is not all about getting good grades but also about learning social skills, which, as many feels, these children do not have (Wolfe). In this paper, we shall discuss the pros and cons of homeschooling, and at the end of it, we shall determine whether it is the best way of educating children.

One of the benefits of homeschooling is that the students can study whatever topics or subjects they want and for as long as they want while also covering what can be considered basic knowledge (Ryan). It helps a lot to assess their areas of interest and the field in which they want to specialize as the subject of their further education. Since this is identified early, homeschooled students tend to work towards their life goals at an earlier age, and it is a common thing for them to be done with their education much earlier than their colleagues in public schools are. Not only are they able to comprehend better what they are taught, but the idea that they are being allowed to do the subject that they want to do acts as a motivator for them to work even harder. The primary education of a homeschooled student can be completed between the ages of six and ten according to their ability. This ensures that they have all the time they need to concentrate on their subjects of interest until they are well versed in them or are ready to do other items that have caught their attention. Educational independence gives the student enough time not only to research what they want at a particular time but also helps in their mental and academic growth as there is no pressure to do those subjects they do not want to do in a hurry. 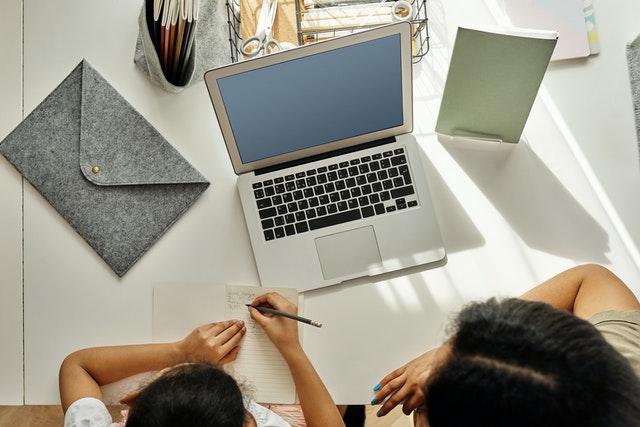 Homeschooling allows for the physical freedom not only of the students involved but also of their parents as well because their lives no longer revolve around school hours but are determined by the amount of school work that has been set for the students for a particular day. After being withdrawn from the public school system, it is a very typical situation for students to suffer from shock, but after the initial shock is gone, subsequently these students are feeling a new sense of independence that they never felt while in the school system. They not only get to have more free time on their hands because homeschooling is not as rigorous as public schooling, but they also get to spend more time with their families and that’s a very important thing. This helps to promote a better understanding between the parents and their children and is an advantage over many students in the public school system. Those in the school system tend to have less free movement because every day they have to work for long hours. When they come home, they always have homework to do, which restricts their freedom even further, for they cannot do any other activities until they have finished homework. Therefore, homeschooling is more advantageous to students because their freedom is not always as restricted.

Homeschooling is very beneficial to students because it provides them with emotional freedom, enabling them to thrive in both their academic and personal lives (“Advantages of Home Schooling”). One of the most detrimental effects of the public school system is the fact that most of the students lack self-esteem because of peer pressure, competition, and bullying, in particular. Working in such an environment always leads to the failure of students in all aspects concerning their lives because they lack confidence, which is necessary for the successful development of their lives. This is very different from those students who are on homeschooling since they do not have to face these problems. Homeschooled students learn in an environment where they have better conditions to develop their self-confidence, for they are not under any pressure to either impress others or to listen to others criticize their physical appearance.

Moreover, there are no bullies in the homeschooling environment. This helps these students a great deal because they can fully concentrate on their studies or on doing something more meaningful to them than the things that would make them lose their confidence. Students who learn from home live in the real world, and they tend to be better at managing their lives from the example set for them by their parents. This helps a lot to stop them from indulging in things that are not good for them, such as experimenting with drugs or being affected by the trends popular among adolescents.

In difficult times, homeschooling is always the best option for students due to the fact learning sessions can easily be adjusted to accommodate these difficulties. This is unlike the public schooling system, which does not always consider the students’ emotional welfare, and the curriculum is kept going whether a student attends class or not. Homeschooling allows students to be able to easier adapt to new circumstances. For example, when a family chooses to move from one place to another, the student does not necessarily have to undergo the emotional awkwardness that tends to accompany many students when they attend a new school or have to work in a different environment. Instead, the student will pick up from where he left his lessons and continue with them without any sense of losing anything.

Furthermore, during times of mourning, the student does not need to worry about having to go back to school and the fact he is being left behind as all his lessons are done from home. All he has to do is start from where he stopped, and he does not need to think about catching up. This ensures that the student gets to develop not only in his academics at his own pace but also emotionally. The emotional development of a student is significant because it helps to determine how well he can receive what is being taught to him. This is a reason why homeschooling may be a much better option than public schooling.

One of the arguments made by those against homeschooling is that it is very time consuming, especially for the parents (Shaw). It requires a parent to live in a very tight schedule to be in the position to help their children to work successfully in a home environment. They have to split their time between their work and their children’s schooling, which can be very difficult. Moreover, those parents who are single tend to have an even harder time because they not only have to work to provide for their children but also have to teach them, and all this is done without any help from a partner. Therefore, the parents tend not to have enough time for themselves, and more often than not, they may end up being too tired to deal with the other matters that need their attention at home. This is very different from the public schooling system, giving parents the time to be able to concentrate fully on their jobs and not worry about their children every minute of the day. It enables them to be more productive in their work because it has their full attention. It is said that the visualization of parents seated at a kitchen table working on teaching their children is just a myth. In fact, for working parents, such moments are infrequent, for they are always busy at work, and rarely do they have the time to be in such spend so much time on their children’s education.

Others have stated that homeschooling is an activity that is out of the mainstream and that because of this, it is possible that the students who go through it often feel odd and detached from others (“The Benefits and Disadvantages of Homeschooling”). Homeschooling is seen as a threat by those professionals who are seeing ordinary parents succeed where they have failed. These professionals often feel very threatened by this success and may even be tempted to discriminate against those students who have gone through this system just because of spite. Therefore, it is prudent for parents to think very carefully before deciding to put their children through this mode of education.

In conclusion, it can be said that the benefits of homeschooling outweigh the cons and worth it for those who try it. Homeschooling is becoming very popular today, and the successes achieved by homeschooled children are encouraging more and more parents to provide it actively for their children. Despite the criticisms it has received from the mainstream education system, it has been found that homeschooling is continuing to work much better than its counterpart, and it is quite possible that in the future, this style of schooling will finally surpass all others types of school education.