The technical factors affecting the YouTube perceptions are its color and intensity. The color is seems attractive, ‘red and black’, it has great intensity perception, which attracts and affects one memory. YouTube services are for everyone, there are no boundaries of culture, subculture and social class. Everyone can search the videos regarding his/her need or desire, and can add the video by sign in. YouTube motivates and provide psychological learning, beliefs and attitudes to one.

Intensity Perception of YouTube is following early approaches, as the figure is well defined and clear. The ground provides continuous information to everyone. The intensity perception are regarding grouping because target the overall market and providing the services to the entire world. Closure is also there, perceptions are about the complete picture or impression. The expectation about the Halo effect is there, because people believe in YouTube. Interdisciplinary approaches that contribute towards market are micro economic theory and experimental psychology. In micro economic theory consumer decision is rational, and customer gat satisfaction every time he/she consume the product. Experimental psychology because, consumer is satisfied and have positive association with the object he uses.

YouTube help it customers to overcome the frustration, stress and other psychological problems, and help people in defense mechanism, YouTube is beneficial as it provides relevant video to everyone, this is the reason YouTube is the best among all other information websites.

The Bangkok Symphony Orchestra is one of very few symphony orchestras around the world, the sponsor and donor

The music gives peace to listener mind, everybody attracts towards the music, and the music has the intensity perception, as it attracts attention and affects one’s memory. There is culture of Bangkok reflects in the video, they are doing marketing by grouping, as giving the unified picture. There is stereotyping of culture in the video. There are segments in the video, there is no specific age group, and the music is for all age groups, they are targeting market. There are psychological approaches, the person who has tensions in life can listen the music and forget everything around. The interdisciplinary contribution towards marketing reflects the sociology and cultural anthropology because there is contribution from the consumer to listen the music, influenced by group norms, values, and cultural anthropology because one may influence due to his/her cultural values as it is necessity of the culture.

The intensity perceptions, are gaining the attention of the consumers so they continuous with their learning, attitudes, beliefs and needs. The song can help one in defense mechanisms, the one who is frustrated such as conflicting in the goals or facing financial limitations, can get peace for some time. Through identification, they are advertising and making their video poplar, people could be encouraged to music, by the help of social media.

The song ‘O re Piya’ by Rahat Fateh Ali Khan got very famous, because there is intensity perception in the music 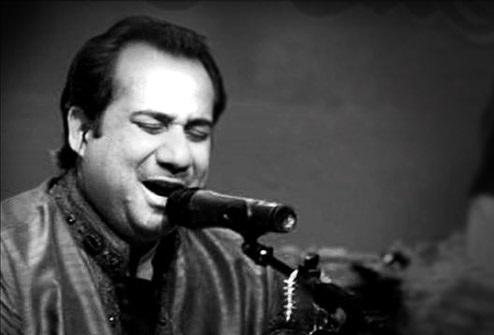 as it attracts the one’s mind, there is cultural and sub culture in the video, as the singer is singing in Indian language and promoting the Indian classical by using, words of classical song in the song. From social aspect, there is reference group, people who are disappointed from life or love ones would listen this song. The song attracts everyone, as everyone could get personal after listen the song, as it is based on personally and self-concepts. It focuses on one’s belief and attitude.

The intensity perception about the video could be early approaches and there are marketing plans. There is also closure perception, as the people of the world are criticized in the video. The complete picture is given, there are expectations from the world and lover, there are perceived behaviors. One who is psychologically upset and not satisfied is attracted towards the song. There are interdisciplinary contributions to marketing which are clinical psychology, social psychology and cultural anthropology. Clinical psychology as there because childhood frustrations and conflicts are seems, the social psychology it emphasis on one need attitude and perception. There are also perceptions about attitude formation in the song.

The music and voice of singer is also intensity perception that affects one’s mind and force to listen the song. There is the frustration in the video, as there are social obstacles in the environment. There is also defenses mechanism like projection because the individual is in the frustrating situation and blaming the world for not being supportive, the lines “sazish my shamil sara jahan hai” indicates towards projection. The marketing is done by hitting the psychology of the people, with respect to their loved ones.

The technical factors affecting perception of Aaja Nachle song are intensity, movement and position, as the sounds

attracts everyone, and there are bright colors in the video. The movement with the traditional dance steps grabs more attention of the people. The position, dance on the stage, seems attractive. The dance is reflecting the culture of India, as dance is in their religion. Roles and statuses also defined in the song; the song focused on economic circumstances of life style. Psychologically the song is about the motivation intensity perception; the dancer is motivating others to dance with her, she seems happy and confident.

Marketing is done by cheering the crowd, there is grouping of people who are unified, there active synthesis stage, as there is effective perceptual structure. There are expectations about the stereotyping, as dancing, is the stereotyping of Indian cultural. The intensity perception of early approach is there. The figure is well defined and there is closure. The disciplines, interdisciplinary contributions to market are sociology, social psychology, cultural anthropology. The group emphasis to dance, the perceptions and attitudes are there. Sociology because the people influenced by the group, norms and values. There is cultural anthropology the behaviors of the society is shown, and regulate the behavior of particular, society.

Defensive mechanisms could also relate to the video, in this song autism and repression is there. Autism because they dominated the emotions, the reality is not there; there are daydreaming and fantasizing not based on reality. The imaginations are there, repression is also there due to unsatisfied need, the dance and lyrics of the ‘aja nachle’ song reflecting the repression as one wants to fulfill his/her unfulfilled desires.

The marketing identification is done on intensity perception, as the song is slow which is reflecting one’s 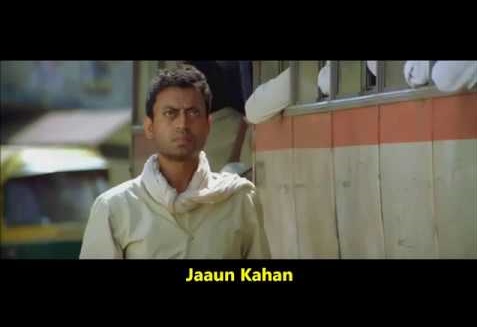 hopelessness and sadness. Moreover, the movement is slow in the song as it attracts more attention of the people. The culture is reflecting the social class, the people shown seems poor. The roles and status are also defined, as the man is a ‘Barber’ in the song. Personal, there is occupation and economic life style is shown, the wording of the song, tell about attitudes and beliefs.

The intensity perceptions in the song, there are early approaches in the song; figure and ground are perceived in the video, with contrast to their environment, that world is cheated on them. The marketing application is closure, as complete perception is given; another application is changes are not perceived due to hopeless behavior. The song builds perception of basic sensory features in the memory reflects about active synthesis stage that all relationships are finished. There are perceived quality of the expectations. The song indicates, as there were some hopes that are not fulfilled. The songs, reflects that one is upset psychologically from the societal performance.  The interdisciplinary contribution towards marketing is, social psychology and clinical psychology, as the song have the framework of childhood frustrations or conflicts. Social psychologies signify the individual in the group environment, emphasis on his perceptions and attitudes.

There is the intensity perception or feeling of frustrations or anxiety, the ‘withdrawal’ defense mechanism is there in the song, withdrawal is often when a person is frustrated from the situation, and he losses hopes towards that think, same in the song the person is indulging in other things.