What Is Order Paper And What Is Bearer Paper?

The paper used in many foreign countries’ government system on which today’s discussion questions and topics are mentioned. This page is given to the person who is going to address the people that day. The points give members the details of today’s discussion. A new paper is used daily. On the back of the paper, last day’s questions are mentioned.

The paper, which is in possession of someone, it is also known as a negotiable instrument. The paper bearer is payable by some money which is mentioned in that paper. 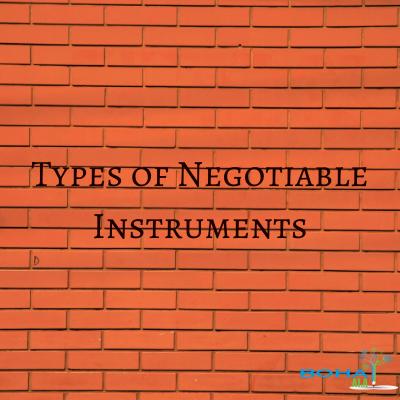 What Are The Main Types Of Negotiable Instruments?

Negotiable instruments have the following types the most common are:

It is a signed document with the agreement of paying the mentioned sum of amount to the bearer.

It is an order from drawer to the drawee for a certain amount to pay at a certain time.

A check is that negotiable instrument which has a promise of a specific amount to pay to the bearer for some specific time.

These notes are promises of government to a public of payment of some amount.

A delivery order is a document from owner to his agent for the at once payment at the time of import of cargo.

These are the organizations responsible for collecting money at the time of goods importing.

What Is The Law, Merchant?

The rules and customs adopted by merchandisers at the time of their commercial transactions.It determines the obligations and rights of parties having transactions in between them. Merchants use the private governess system process for the trade. Avoiding the conflicts that may affect their transactions.

The law merchants are separate from the method of transfer of debts between parties. The law merchants courts are run by merchants themselves. They have their own rules and regulations designed by themselves by mutual consultations. Merchants could not rely on the government for their working. This is beneficial for the traders for this work purpose.

Who Owns A Corporation?

Who Are The Promoters Of A Corporation?

What Is A De-Facto Corporation?

A corporation, which does not full fills the laws and regulations written under laws. The company cannot be able to complete one assignment at a time. The company does not follow the legal steps to become incorporated. For such companies, the court takes some steps.

The court orders the company to complete the process of being legal. Until the process is running, the court keeps declared the company legal because of involvement of the public in the shares of the company. A corporation, which cannot be formed under following the law but it, can keep doing it working for some time until it became legal.

What Is The Function Of The Board Of Directors In A Corporation?

The boards of directors are the essential and most successful part of a company. BODs are responsible for making new strategies and rules for the company. Those strategies must lead the company to the success and development. They should have an attractive vision and mission statement for the company. The statements should be active and implemented time to time when needed.The BODs should be involved in planning and be controlling of the atmosphere of the company.

They must make policies for the investments and disinvestments of funds for the company. They should keep a safe and co-operative atmosphere in the organization.

What Does It Mean To Pierce The Corporate Veil?

When the court orders an organization’s owner to be responsible for the loss and debts of the public, which involves in the organization. Most of the times people make such organizations where the owners are not liable for the compensation of loss and payments of debts. If the company get ordered by court such situation is called piercing the corporate veil.