Explain Why a Keystone Species is Essential in Maintaining the Balance in an Ecosystem and How their Removal Can Affect a Whole Ecosystem.

A keystone is a cornerstone stone in building construction which holds all the other stones in place. It is very similar to a keystone species. In nature, a keystone species does precisely that for their ecosystems; their presence helps to maintain the balance within that system. Their presence or absence in their environments has a significant impact, with negative consequences at times. Beavers are a keystone species, for example, because their dam-building changes the waterways within the environment they populate (Wagner, 2012). If a keystone species has the balance of that ecosystem may collapse removed. For example, it caused a spike in prey animal populations and disrupted the equilibrium of this mechanism, when they eliminated wolves from North American woodlands.

Discuss What a “Fish Ladder” is and Whether or Not they Contribute to the Reproduction of Salmon.

Fish ladders are built to be put on the migratory route of fish, such as salmon, which is a gradient in-depth, with places for fish to rest while going further and upstream. It is well known that the fish ladders are beneficial to adult salmon going upstream. For some instances, this method of giving back is run. So many human-made structures and activities have significant impacts and have interfered with many migratory locations of salmon. Unfortunately, as useful as the ladders are in some situations, the ladders are often steep in the broader bodies of water for the fish to reach (USGS, 2013).

What are the Pros and Cons of China’s Three Gorges Dam?

China’s Three Gorges Dam is considered the most significant construction undertaking since the Great Wall of China. The pros of this immense project include the allowance of ships into the new waterway from areas that were before inaccessible; the turbines will provide massive amounts of alternative energy, something China needs and will prevent in the reduction of floods, common in the area for hundreds of years. The cons involving the Three Gorges Dam, include, complaints of corruption in its inceptions and construction via illegal and unethical government activities, there are, also, complaints of poor and potentially, dangerous building. They claim that corners have been cut to save money in the construction. Many questions if the dam is safe. There are also concerns from environmentalists that the barrier will ultimately leak toxins into the waters and be no better than previous energy source (Kennedy, 2001). 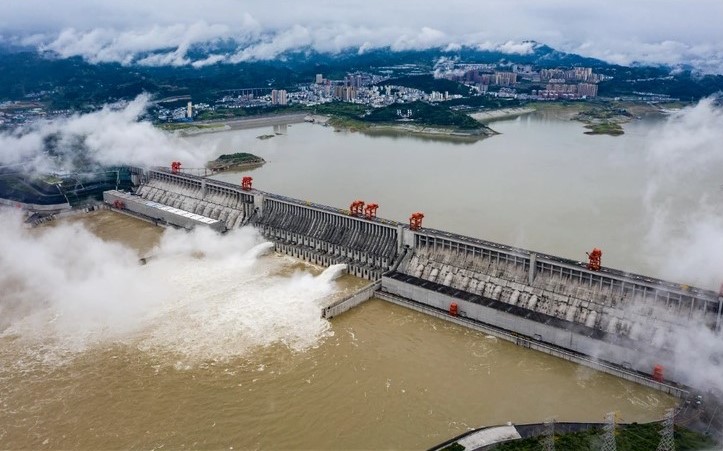 What are the Forces Responsible for Creating Hurricanes in the Atlantic ocean? Are they Good or Bad? Why?

Hurricanes formed in the Atlantic Ocean are perfectly natural occurrences. However, in recent years experts have noticed that the frequency and immensity of storms are increasing. Hot water and dry, warm air are the ingredients of every kind of hurricane. The warm moist air from the surface of the ocean travels up and mixes with cooler air, which causes the warm water to turn to vapour creating rain clouds. It is the continuation of this cycle that creates they swirling mass that a hurricane becomes. It is possible that global warming, caused by human beings, may be responsible for the modern frequency of storms (West, 2013). If this is true, then this cannot be good.

What Forces are Responsible for Creating Sinkholes.

Ultimately it is water that is responsible for sinkholes. Water can weather the minerals in the rock. More water will wash away what has broken, weight and tension from above, and frozen temperatures, as well as drilling, noise from above and, of course, everyday wear and tear (Pennsylvania Department of Environmental Protection, 2013)This is what cause a sinkhole.

What are the Forces Responsible for Destroying the Coral Reefs and What Can we do to Prevent it.

Currently, vast portions of coral reef have damaged or destroyed. The majority of this has been caused by human waste products, like the runoffs of contaminants, sediments, and industrial sewage and “land clearing watershed” (Environmental Protection Agency, 2012). They are also damaged due to human recreational activities like boat rudders. Protecting the remaining coral reef is essential. The EPA has several programs geared toward saving the coral reef. However, many local organizations are dedicated to protecting and caring for the beach, as well. Please do not touch or disturb coral reef, boaters do not use anchors, and do not use chemically enhanced pesticides and fertilizers, the waste of which may find its way to the ocean.

Hybrid Cars are Becoming Mainstream as Companies are Mass, Producing them. Ford, Toyota, Honda. Discuss whether you would Purchase one of these Vehicles (if Money was Not an Issue), and What Would be the Advantages and Disadvantages of Owning such a Hybrid Car.

If money were no issue, I would gladly purchase a hybrid car; in fact, one of my dream cars is a Honda Hybrid. I would benefit from the hybrid because of its gas mileage and use of electricity instead of solely gasoline, it charges its energy source while operating on gas, and it is much more environmentally friendly than traditional automobiles. Granted because of their advanced electrical systems if something were to go wrong it might be more costly to fix in some cases, after all, it has two engines; at least until the technology becomes much more common.