Image theory has a broad sense of taking decisions. This theory has two perspectives given by the two researches Lee R. Beach and Terence R. Mitchell. In 1947, both of them started research on decision making thinking theory; they were skilled and collaborated with each other.  Beach was interested in study of taking personal decisions and Mitchell was interested in taking decisions within the organization.

They were surprised to know after their research that both the theories are similar to each other conceptually and mathematically. Conceptually because they think, theory will provide great benefit to them and mathematically because, both are the concept of expected values. When they did further research and experiments they come to know the decision making theory is resemble to the gamblers theory for the reason that, the gambler do not know the amount of gamble, gamblers can repeat their actions and similarly in decision making the expected value is not known. After some experiments the decision making research was reliable and the gambler theory was began to disintegrate.

The theory changed with time, after some researches, it was a time for the selection of strategic model. For different people there were different types of strategies because not everybody thinks alike. The strategy should be balanced and there should be potential to give best outcomes. According to their theory, the decisions are the outcomes of one’s desire what he wants to attain. The strategies’ were made that first to inspect people is most important that what their desires are.

The image theory is about that while taking the decisions, individual is acting or taking decision alone. Every man has surrounding of people, friends and family, but a person always decide what is in his mind 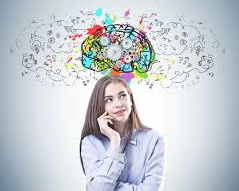 This research is very useful in hospitality study because through this research we come to know about person behavior of making decision, in different situation like, making decisions of the situations he is familiar with, he will recall his experiences and will make decisions accordingly. If his past decisions were unsuccessful then he may consider alternative decisions. Theory says that decision makers can simply decide what to do by making plans through their knowledge and current situation; this is called framing the decision. The compatibility tests and profitability test two decision mechanisms. The compatibility tests the goals and plans and the profitability focuses on quantity. The individual can be evaluated in many ways based on strategy selection.