Home > Projects/Reports > The Origins of Christianity

The Origins of Christianity

In the beginning of the Common Era, the origin of Christianity take place, the main reason behind the origins of 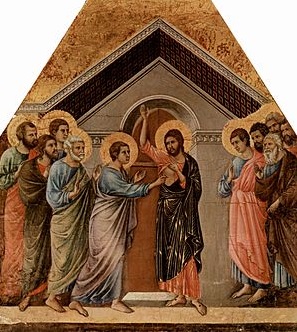 Christianity is the crucifixion of Jesus; it is an instruction of the second temple. The Jews and Christians, both are different from each other, both have their own concepts of the religions, the Jews, in the beginning, started following the Messiah and accepted the Jesus as Messiah, however, later on, their concepts changes and they become separate. The Christians believe in the Triune God, but the Jews believe on the ones of God, There is the conflict between two, like Christians, Jews do not believe ob the human form of God, they focus on the oneness of God, their views are different from the religions and both of the religions says that they are on right.

Greco-Roman culture has the importance, in the Christianity, as the women are treated in a bad manner, people of the old world were illiterate and do not know that how to respect women, women were prosecuted at that time. The prosecution of some women started, as when they start an action, against the people that there is need to value women in the society. The efforts of women were there, they stand against the cruelty and their efforts paid back, the good result was there and people accepted the new thinking about the women and there was rapid spread of the Christianity.

Consequently, there were two women, who stand or take action for the protection of female, the name of women are Martyrdom and Perpetua, Martyrdom was very prominent personality and played the good role to spread the Christianity, she works for the decades. Perpetua has belonged to two Rom and she was a nursing mother, who helped the people. The other women, did efforts was Felicitas, she was the slave of the Perpetua, the knowledge and awareness were given to the people, so that women should be given respect, Perpetua, and Felicitas, both agreed on the concept that women are important, they did efforts in the past, so that their thinking can be promoted.

The Thecla of Iconium is consider as women who spread the Christianity and played a vital role to give knowledge to the people of the world, she has the remarkable history, in the period of an early church she has contributed a lot. Through giving her concepts about women, in her book “The Acts of Paul and Thecla”, she has told the people about the women, in the Roman culture, however, the book was the reflection of the apostle Paul. She participated actively, in the matter, she was responsible women, take care of the churches, and she was a public leader and the evangelism. Outside the church life, she gave the concepts about women worth or value, she spends her life struggling, so the people could learn and admire Christianity, she claimed to spread the Christianity. In the second century, the Montanist movement takes place, which supported the women, Prisca and Maximilla, are the best examples, who deal with the movement for the religious renewals, the women efforts, for the renewal and spread of Christianity are splendid.

The people of the past, pray together and praise together to the God, in the churches, the relationship of the social life with the spiritually and religious life, give the situations or the events to the people so that they can come together. People come close socially and the relationship gets stronger, based on the reasons people come closer and valued their religion.

Afterward, it is discussed above that the efforts and scarifies by the Martyrs played important role in spreading the Christianity, because of they with their determination, bought the faith in the society, they never compromise and showed scarifies to others, so that the importance should be given to the religion Christianity.

Comparison Between Christianity Judaism and Islam