Home > Projects/Reports > Tell Me How it Ends Summary Analysis

Tell Me How it Ends Summary Analysis

Tell me how it Ends

“Tell me how it ends” is based on a non-fictional story with 40 questions and these questions Valeria Luis Elli asked from the children that were smuggled to different areas of the United States from Mexico and some of them came willingly. The children from whom the questions were asked belong to poor background, having lack of resources. Taking the benefit of situation some people trapped them for their own greed and they took these kids and sold and they were exploited without giving getting anything in return. Therefore in order to evaluate their situations Luis developed a questionnaire and the questions were like: Why did you come to the United States? What had happened to you? Did anything happen on your trip to the US that scared you or hurt you? What country did you pass through? With whom did you travel to this country? All these questions have revealed the conditions face by the children out there.

“The observation from 40 questions is basically targeting the hot debate about issues faced by smuggled children from Mexico to the United States and those who came in to get job but were exploited, it is all because of their status and having no right to attorneys’  they were unable raised any question over the brutality” 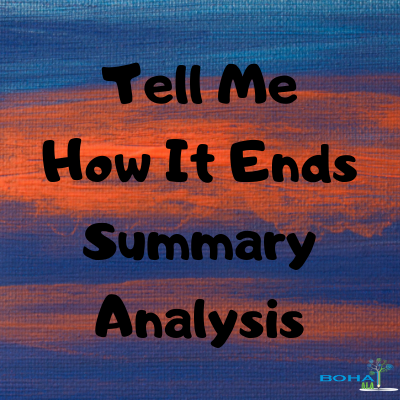 Cruel factors of society have used the smuggled children for their own purpose that left the children’s personalities destroyed and broken. However,  these children were brought from Mexico for job and they were treated like a tool if they refuse to do any job then they are usually punished badly and threatened that they will be killed, while some are raped by the desperate factors of society. Some children die of hunger and some robbed and send to any other area for different jobs. Therefore entire situation resulted in damaging several little creatures left them physically weak because of malnutrition and mentally disturbed.

It is probably a crises as unaccompanied children were detained in US and they have been still getting in due to some unauthenticated sources. In reality the situation of children shows the evidences that thousand of them have been misused.  It makes their existence a kind of night mare.  When question were given to them the responses were heart breaking as tracing the violence develops un-imaginable horror that the children were probably being wasted as they got no personality and nothing in return but were like a burden on their own. Being overly used for work made them physically and psychologically.

From the observation of Luis it is depicted that the journey of children was with the coyote and they were smuggled for money and in case they have no attorneys the exploitation was more. In response some of the children told that they crossed border with coyote in a very critical condition usually in the freight train where they sit dangerously on the top of rail cars and the freight rails does not have any kind of passengers services so they were typically were brought in great risk (Luiselli, 2017).

The children if were caught by the corrupt soldiers and the police workforce or other sort of gangs then these were raped and afterward murdered, and enslaved. It shows the picture of society on which no one wants to believe but it is reality. Moreover it is reported by the responses that some of the children turn to the border patrol as this thing is safer comparing to cross the border without any hand. It is all because the border patrol tends to place them in the Immigration and Customs Enforcement (ICE) centers but still not many of the children reach there.

In some responses the children have told that they look for their parents or in some cases relative for sponsorship to US. Children have also responded that they don’t even get lawyer to take their case and it enhances their complications. This is the reason some intentionally present themselves for smuggle even with a greater risk they do it to move abroad for better living but situation in some cases unfortunately is drastic as when they are caught by negative forces in the their life is on risk.

Most people illegally smuggled children and sell them to many of the hotels and child centre for the sake of money and make them work they’re like slaves and are not given the basic resources to manage healthy living. These types of children remain mentally disturbed and do not trust another person again for any other help as being depicted by the questionnaire responses of Luis. The questions asked from the children about their stay in the United States that how they reached here. Why are they here? Where are their parents etc? They did not properly as they do not know from how many days they are out of their house. The situation of the children was very bad and it shows the cruelty of this society (Luiselli, 2017).

Luis Elli was asking questions from the children but after passing sometime soon she has realized that it is not easy to give such children an easy life as they are first of all very much disturbed mentally and they are not going to trust any other institute any more as they are being misused by the people who smuggled them. There was a purpose of asking questions from them as depending on their answers they are assigned some shelter homes they have been given the opportunity to read and make their lives better.

Summing up all the experience of Luis Elli’s says that situation of smuggled children in the U.S are the failure of U.S nation that they are not managing the system properly and comparing the smuggled children situation by the overall society, childhood and community as well as with national identity shows they were put behind. No doubt the U.S life is very much attractive for the world it fascinates people due to charm and glamour. People before coming to the United States think that they are going to a world of charm but when they face reality they realize that crossing borders illegally is a biggest trouble as a matter of fact keeping an eye on the smuggled children situation across the borders gives a very heartbreaking picture in which cases of their exploitation, enslavement and rape are reported.