Pros and Cons of Sex Education in School Systems

Families are usually firmly of the view that sex should be taught in classrooms. Whether pro or con, these opinions are based on what the parent believes to be the responsible choice for not only their child but for all children. But what is a reliable option? Many who condemn sex education as part of the curriculum argue that the introduction of the subject to young impressionable minds would encourage sexual promiscuity. That’s it. That’s where the reasoning begins and ends. ‘If they know that they will do it, knowledge is dangerous.’ It’s no surprise that the far-right extremist religious factions advocate this concept much the same as it has for many centuries. Fortunately, the vast majority of Americans have taken the responsible viewpoint that not teaching sex-ed in schools would be indefensible as knowledge is power. The lack of it, especially in this instance, would be harmful to the children all parents wish to protect.

According to the World Health Organization, no data suggest that such courses promote increased levels of sexual activity. Besides, abstinence-only programs were substantially less effective than wide-ranging sex-ed classes, including safe-sex practices and abstinence. These conclusions came at the end of a study conducted on 35 sexual education programs throughout the world. Nationwide research by Planned Parenthood and the Guttmacher Institute produced the same deductions. Most parents understand that increased awareness promotes risen only responsibility. According to a 1999 study conducted by Hickman-Brown Research, 93 percent of the American population wants sex to be taught at least during high school, while 84 percent say it should be taught during middle school. Most parents acknowledge the reality that young people are sexually active at an earlier age than previous generations. Today, two-thirds of U.S. high school students have experienced sex by their senior year. These teenagers are contracting and spreading sexually transmitted diseases, in part, because of their lack of knowledge. According to the Kaiser Family Foundation and the Centers, people under 24 are responsible for 65 percent of all sexually transmitted infections contracted in this country for Disease Control (Masland, 2006). 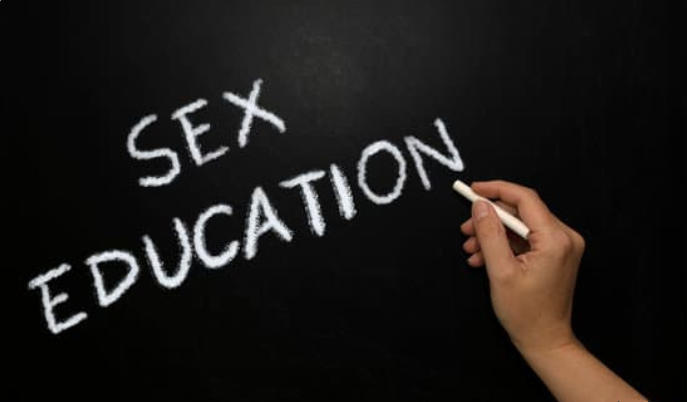 The factions opposed to sex education have imposed at least some of their will on the rest of society, and the children have suffered for it. Sex education classes in America’s public schools have been scaled back to offend the vocal minority. What parents want and think their kids are learning falls well short of what is being taught. Parents want their kids to know the dangers and how to avoid them, just as in any other aspect of their lives. “Contradicting conventional knowledge, parents want everything from abstinence to homosexuality when it comes to sex education,” said Steve Rabin, senior vice president of the Kaiser Family Foundation (Levine, 2000). The study by the Kaiser Foundation surveyed over a thousand secondary school kids, parents, and sex-ed teachers, along with more than 300 school principles. According to the study, the majority of parents believe that discussions regarding rape were essential in the sex-ed curriculum and that teaching about homosexuality is imperative as well. Also, parents want schools to discuss abortion, pregnancy, sexually transmitted diseases, and contraception. Rape is a reality, and parents have been proven to realize that the more information their girls acquire regarding prevention and how to deal with the psychological aftermath, it can be nothing but helpful. As with the other subjects parents wish to be covered in school, the more knowledge, the better their kids will be. Unfortunately, these crucial aspects of sexual education sorely lack in schools despite parental wishes and in opposition to what research has indicated is in the best interests of school-aged kids. According to Ramon Cortines, former chancellor of New York City public schools, “Educators should teach what students need to know, not please the advocates or the politicians who scream the loudest” (Levine, 2000).

Still, conservative groups continue to ignore the well-documented facts in favor of misguided ‘moral’ intentions, which have served only to endanger an increasing number of children. Family Research Council spokeswoman Heather Cirmo compared high school sex to risky behaviors like drug and alcohol abuse. “I think it’s unfortunate that all of these parents were duped into believing that comprehensive sex education is what’s best for their kids. I think that if you have a standard of abstinence until marriage set for teenagers, they’re going to live up to that” (Levine, 2000). This assumption is based merely on what Cirmo ‘thinks’ and not on evidence. This point of view typifies the flawed reasoning of those opposed to educating kids in an essential aspect of life, the subject of life creating itself. Research conducted by the Alan Guttmacher Institute surveyed 4,000 teachers and found that they desired to teach sex more completely but were instructed by superiors not to. This study also found that about a quarter of sex-ed instructors are only allowed to teach abstinence from sex as the only way to prevent pregnancy and diseases. “It’s unethical to deny students the knowledge they need to make rational sexual activity choices,” said David Landry, MS, adding that the desire to stress abstinence “is deprived Many students feel they need accurate information on subjects their teachers need “(Levine, 2000).

As a supplement to a comprehensive sex-ed program, many parents and teachers support the idea that children should be taught about the dangers of prostitution to advise them regarding exploitative relationships with predatory men. Studies indicate that most prostitutes were introduced to the profession by the person they identified as their boyfriend. Typically, the boyfriend persuades them to try hard drugs then, once addicted, turn to sell their body to support her habit at the boyfriend’s suggestion. It should universally be considered essential to ensure that girls are educated to exploitative relationships as a danger relating to sex as part of standard sex education. Conservatives believe that if stricter laws were to be enacted, prostitution would be eradicated, therefore teaching girls about the horrors of the activity is unnecessary; concentrate on eliminating prostitution. This reasoning parallels the notion that if kids aren’t introduced to sex in the classroom, they are less likely to have sex before marriage. In truth, of course, the less they know about life, the more likely they are to be harmed by life’s circumstances. “When we all look back on our own lives, some of us would have relationships that we would not otherwise want to have with people (Hinsliff, 2004).

Another overlooked aspect of sex-ed is the teaching of homosexuality. As with prostitution, conservatives believe it is wrong, should be eradicated, and, if not discussed, it won’t exist. It does, will, and always has existed. The issue at hand is predominantly tolerance of those of differing sexual orientations. In a study almost all, over 90 percent of gay students in middle and high school describe that they regularly are subject to disparaging comments and remarks from their classmates, and 20 percent have heard these types of statements from teachers. Two-thirds report that they do not feel safe at school. That is what is at the center of the issue, the safety of children. Teachers are forbidden by law in Arizona, Alabama, Mississippi, South Carolina, Texas, and Utah to depict homosexuality as an acceptable lifestyle and therefore, cannot speak of it unless it is to condemn the action. In states such as Texas, students have reported that they been told by teachers in sex-ed class and others that the act of homosexual conduct is a criminal offense even though in 2003, the United States Supreme Court ruled that these state laws were unconstitutional (Lawrence v. Texas) (“What Does Gay Mean?”, 2001). Most parents (79 percent) want a discussion of homosexuality in their children’s sex-ed class and feel comfortable talking to their kids about the subject but admit that they are unlikely to unless initiated by the child. Two-thirds of parents say that their children should be taught that homosexuals are the same as everyone else (“Sex Education,” 2000).

It has been shown through study after study that children would greatly benefit from comprehensive sex education programs at school. The knowledge of subjects such as how sexual diseases are transmitted and the multiple issues regarding teenage pregnancy and prostitution are essential to children’s overall well-being. To stubbornly deny knowledge of sex to school-aged children to protect them from horrible consequences is a greater sin than the act of unmarried sex itself. People can only make informed, responsible decisions if they have adequate information. Although few by percentage, the parents that decide for themselves to ignore the facts regarding sex education in schools are deliberately denying their and other’s children essential tools they could utilize the rest of their lives. Sex is a powerful, complex, and innate part of being human, and the better children’s understanding of it and its consequences and risks, the better their lives will be.

The Benefits of Smaller Class Sizes