Home > Projects/Reports > Pros and Cons of Privatizing Jails and Prisons

Pros and Cons of Privatizing Jails and Prisons

The movement to privatize correctional facilities has gained a lot of impetus in the USA following the need to cut the cost of incarceration at both the state and federal levels. According to Chen (2008), a number of factors are causing an inflationary shift in the numbers of inmates, a pattern projected to continue into the foreseeable future. These factors include the recent emphasis on controlling illegal immigration, which has resulted in the crackdown leading to an increase in correctional facilities. The second reason is to extend prison terms for a number of crimes. The net result was a 25% increase in the number of inmates in 10 states between 2006 and 2011. Private correctional facilities – operated by non-governmental entities on behalf of the government – have thus come to the fore as effective alternatives to public jail facilities as possible. This research discusses reasons for and against (the advantages and disadvantages of) private correctional facilities, and the financial obligations.

Verkaik (2009) gives a detailed analysis of private prison facilities, arguing that they are accompanied by a number of disadvantages. The author’s main argument revolves around the issue of service quality, where it has been shown that private correctional facilities in the UK are performing poorly compared to their counterparts in the state. Verlak cites research showing that nearly twice as many grievances occur in private correction facilities compared with those treated by the government. Verlak’s source is the Freedom of Information Act based on data from 132 prisons in the UK holding over 83,000 inmates, thus, giving credence to the argument that private prison facilities have poorer services compared to the public ones. Camp and Daggett (2005) also seem to agree that private prison facilities perform more poorly than public ones except in violent and security-related misconduct. 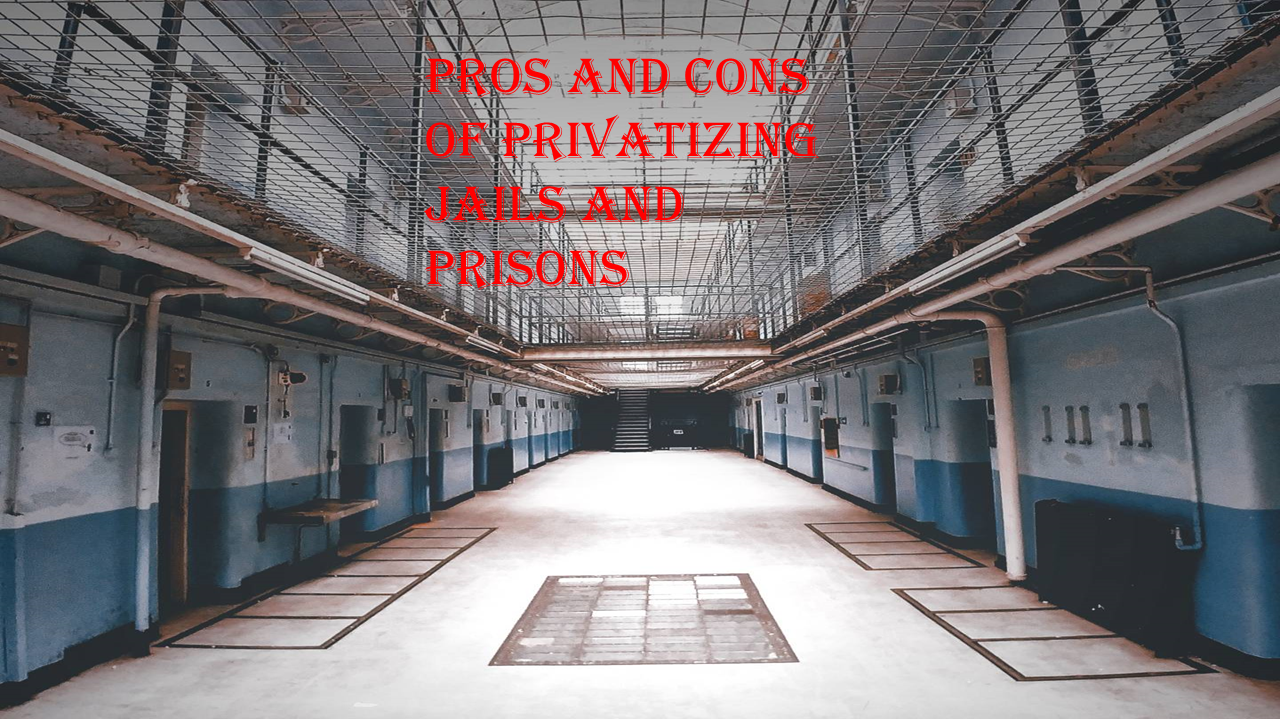 Johnson (2006) while weighing the options for Alabama in regard of whether to go private with incarceration, raises the problem of the private firms going bankrupt and their mismanagement. The recent global financial downturn is a chilling reminder of what such an occurrence would mean to the country’s criminal justice system. In comparison, public correctional facilities may create contingencies, bonds and hedges that ensure they will run no matter the circumstances.

After weighing the arguments from both sides of the debate, I agree with the pro-privatization argument due to the very stark fact that the country’s correctional system is bursting at its seams. Further consultation of literature especially provides the rationale for the side taken in this debate. The American Correctional Association (2009) confirms that the combination of severe overcrowding and a federal requirement to reduce the prison population leave states such as California (a border state faced with the challenge of illegal immigration) stranded out of options. The costs of running the systems have been shown to be manageable once states enter public-private partnerships such as is the case in Texas. The argument against privatization provides absolutely no proof that privatizing will not lead to cuts in costs. The argument that private companies could run bankrupt does not hold once it is considered that the approach would be public-private and not solely private. Thus, the state governments and federal government would still have important oversight in the issue especially due to the view that it touches on matters of security.

The argument that private run correctional facilities showcase lower quality in comparison to their public counterparts is not based on conclusive evidence. Besides, quality assurance can be practiced to ensure that any issues on quality are addressed (Austin and Coventry, 2001). A further argument would be the fact that the quality of prison facility systems is generally in a bad state and should be addressed wholesomely regardless of whether public or private. The advent of corporate social responsibility in a moral and economic sense is a feature of business in the contemporary world; hence, prisons would eventually raise quality in response to competition. In case this cannot happen, the public-private partnership allows for regulation from the public aspect of the system (American Correctional Association, 2009).

The issue of privatization of correctional facilities is a hotly contested one with the sides against and for raising pertinent questions. The arguments against privatization of prisons revolve around the data showing that private facilities have lower quality of services in comparison to public ones. The arguments for privatization point at the skyrocketing fiscal costs of running the correctional facility systems, in comparison to the success stories of states that have adopted public-private partnerships. The savings made on prison system expenditure and the ability to control quality from state oversight internally tilts the debate to the pro-privatization side.