The Affordable Health Care Act is a famous and controversial feature that many American citizens are not candidly familiar with. Though most of these citizens understand the basic information about what the Act is all about, they lack the in-depth analysis that the Act bears. Among these in-depth facts include how the Act functions, the parties concerned, its benefits to the American citizens and its effects on US economy (ObamaCare Facts 1). This article aims at granting these informative facts to the concerned individuals.

The Affordable Health Care Act also bears the name ObamaCare 2010, and it is an implemented health care policy that looks forward to drive the American health care system into the public sphere. This means that the former system of private the health care system transforms towards a public system under the drive of the government. At this point the government will bear the obligation of running and financing the entire health care system. This Health Care policy became law on March 2010 through president Obama’s approval. The introduction of this Act has triggered vast debates form analysts who differ in positive and positive effects that will be inflicted by the Act to the people of US and to the country’s economy (ObamaCare Facts 1). 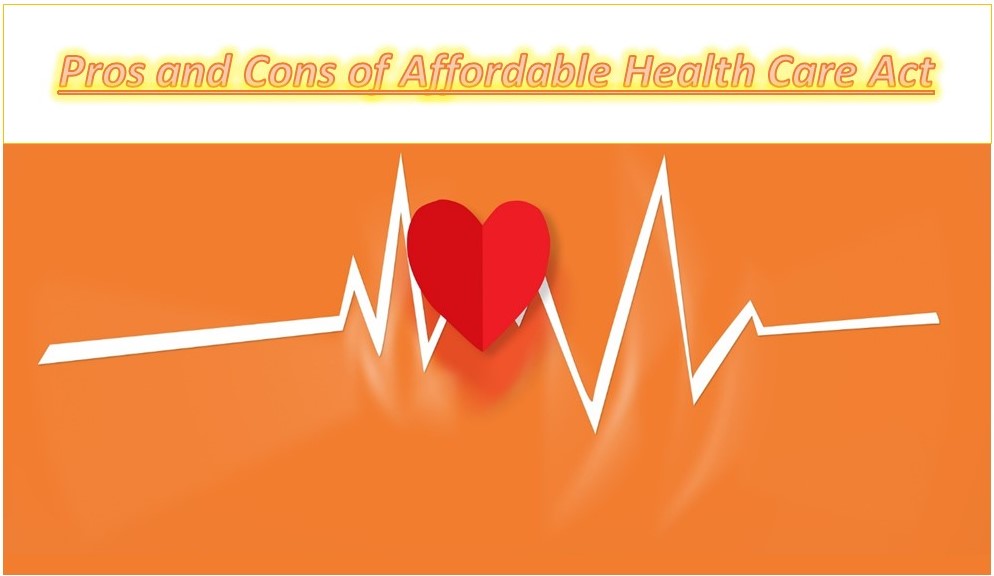 Among the pros exhibited by the Act is that it will positively improve the lives of American citizens by granting affordable health care services to people who previously lacked the privilege of affording medical care due to their low social status. The Act will also initiate laws that ensure adult children of ages up to 26 acquire affordable Medicare services under their parents’ policies (Cannon 1). Moreover, the Act enhances improvements in care delivery and payment system by ensuring that each American citizen possesses a medical insurance. The Act will also foresee that the government monitors medical insurance companies; thus, ensuring that patients with pre-existing conditions do not undergo oppression from insurers who force them to pay high premiums (Cannon 1). In addition, women will acquire the most privilege because the Act allows them to access free health care services and visits from social health care workers.

Prior to the fore-mentioned advantages, other analysts seem to disagree with the presented facts that greatly benefits the American citizens irrespective of their social status. These opposing analysts argue that in order for the government to acquire the money that will insure billions of Americans, it will inflict new taxes to its citizens, especially the high earners; thus, the Act will foster hiked taxes. Hiking taxes will foster a high living cost, especially for low and middle income earners because most basic commodities will undergo taxation (ObamaCare Facts 1).

The other advantage inflicted by the Act is that it will negatively affect the working structure because the ObamaCare law states that companies that posses 50 or more workforce, who work 30 hours or more each week should have coverage from an approved health insurance policy (ObamaCare Facts 1). This law will push a vast number of employers and companies to reduce the number of working hours in order to avoid the 30 hours per week rule. This will inhibit industries from reaching their target production output; hence, creating uncertainty to business owners who might opt to relocate and invest elsewhere (ObamaCare Facts 1). More so, this rule will push companies to lay off its workers, which means that many citizens will have no jobs, which pushes them to hardships in terms of survival leading to poverty.  Other companies will opt to replace employees with technology in order to beat the rule; while others will retain employees and increase the prices of the products they produce. Therefore, the rule triggered by the Act will contribute to the economy’s downfall in vast ways. In addition, other companies will opt to retain its employees and increase its product prices in order to meet its profit margins. This leads to high cost of various commodities that end up oppressing the citizens’ and the economy in general (ObamaCare Facts 1).

The other disadvantage inflicted by the Act is that the new system is inconvenient to approximately 30.1 Americans who already posses their own private health insurance; thus, their plans will undergo cancellation from the concerned insurance companies. The private health insurance faces cancellation because it does not meet the needed essential health benefits as stated by ObamaCare Act. More so, replacing the private health insurance becomes impossible due to the high cost accompanying it. On another note, approximately 3-5 million American citizens could lose their company-sponsored health care plans because many companies prefer more cost effective ways to insure their employees. Therefore, the presence of the Act will push the employees to loose their company sponsored health care plans.

The health care Act is a controversial concept of health care delivery advancement that coincides with the world modernization. However, the Act seems to offer both the positive and negative aspects that affect the American citizens as well as the country’s economy.  More so, analysts seem to stretch their arguments based on their staunch beliefs on either the negative effects or the positive effects of the Act. These analysts have not agreed on the correct basics on whether the Act’s pros supersede its cons, a fact that has fostered the unending debates. Nevertheless, the facts stand on the sense that the health care Act benefits the American citizen and at the same time oppresses the citizens. The major beneficiaries of the act seem to be lower and middle class citizens because the Act grants them medical insurance coverage that they did not afford. The oppressed individuals are higher income earners, who have to pay huge taxes as stated by the Act’s law (ObamaCare Facts 1). More so, the entrepreneurs will feel the pinch because the Act greatly affects the working structure; hence, their target output and profit margins might not be met as intended.

In this regard, the entire decision on whether to halt the Act or allow it to proceed lays on the hands of the oversight committee, the congress and the concerned law enforcers who have the obligation to analyze and evaluate the way forward in alignment with the provisions of the law (ObamaCare Facts 1). Nevertheless, what stand at the moment is that the entire aspects of the health care Act are still in its preliminary stages of growth and the real impact of the Act will be exhibited as time goes by.

The Advantages and Disadvantages of Affordable Health Care Act