Home > Projects/Reports > Othello and the Cask of Amontillado Analysis Summary

Othello and the Cask of Amontillado Analysis Summary

On The Films Cask Of Amontillado & Othello

This is an article on the topic of humanity, which is betrayal, revenge with others. This idea is given by a famous writer Shakespeare and another writer Allan pose Montrosor in his book The Cask of Amontillado in which two persons played a role of evils which most of the time we do not like to watch or we avid them to see. There is a humble lesson in this regard that humanity is that factor which can be made accurate and that can be handled in terms of making him being insane by them.  That can be controlled and captured accurately by the people if they are going to make themselves good and positive in their living standards. (denwle)

Humanity is something that moves towards the people inside if they wanted to keep them inside them. Humanity focuses on the working of people against the negative impacts of it in terms of providing them efficient results to make negativity in the form of positivity as well. This story or article is about two personalities who have evil habits in between them and who have the same traits about being treated badly by other people in terms of they have no humanity in between them. The most important factor is to create humanity a plus point for the persons to perform well. The more you exact humanly the more you will perform well in the society. 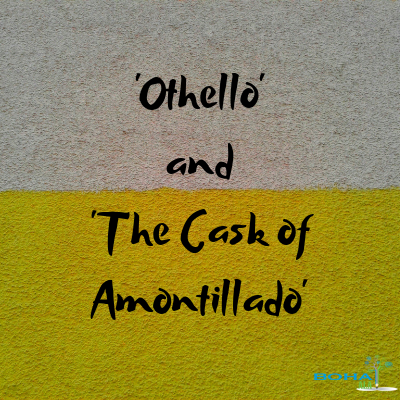 “The thesis statement in this act can be considered the evil state of a person, which acts as the inhumanity of the people with other persons”. This statement is going to be explained in this article as the whole of the content is focused on this issue or statement. This statement clearly defines the state of people, which they have in their inner selves. That shows their act of living with other in a form of humanity or positivity. The most important factor is that the belief of people about racism is different for different people.

The main thing is that it includes the comparison of two writers in terms of having a sense of humanity between all the people and between all the natures of the people that they have accurately in them. The most important is that it takes the working efficiency very well and as well as it will help to do the management task of human nature in terms of positivity to keep the workings of the people in a positive way. There are three states or you can say problems with the people that are must be focused on the people, which are Racism, Sexism and revenge.

Racism is the thinking of people about is making a difference to them and among other people in terms of race difference. To consider a person’s quality the person who focuses on the race of the people are the real evil of the society as they are observing people on the basis of cast difference among them all. This is actually a hate factor among the people with each other than how they react when they saw the people when they meet with them. They do not even bother to consider the person in front of him a human if he has a different language if he has different customs if their skin colour is black. (Cummingsstudyguides.net)

Sexism is that form of discrimination that makes the people different according to the gender they have. This makes the difference mostly on the women that they are being ignored by working efficiently in some of the countries that they are being ignored by the societies. They are not going to be given that opportunities that make them strong and confident enough to work like men in the fields. The women are if encouraged they are more became intellectual and confident in working as compared to the men. The women have more sense of working efficiently and with manners in the offices and by sitting in the homes. (Artscolumbia.org)

Revenge is that particular issue or threat with many of the people who have such annoying and critical nature among them in order to perform any revenge from their rival. If any person did any bad with someone, he or she tries to get revenge on them in order to get himself or herself relaxed that he or she has taken the revenge. This state of people is very much dangerous and annoying for all the people living in the society with such a bad nature. This nature of them not only focuses on the bad behavior in the society also makes the society’s atmosphere bad and negative as well.

In this term, I argue in this state that all the evil nature habits in this article or summary or essay mentioned are to be ignored and controlled by the people. I argue this that such situations can be improved and negligence can be avoided by the people in terms of making them more confident and making them more trustworthy in the society so that they can feel themselves a part of this society. They should be treated well and equally in the society with best regards and helps that others have in them.

Summing up all the essential and important points we can say that the overall working of the people in the form of evil nature that they wanted to act in the other people then they must be taken care keenly and as well as they must be focused on this that their nature may not harm the other innocently people and they work according to the accurate nature they must have in their demanding nature. This behavior is not only helpful for the people as well as it are very much informative for the learners as well. The more they became positive with the people in the society the more efficiently they perform well in the working premises of the society. To make it more positive and comfortable to be live peacefully. (Study.com)