It could be said that in the globalization, there can be various perspectives of the offshoring 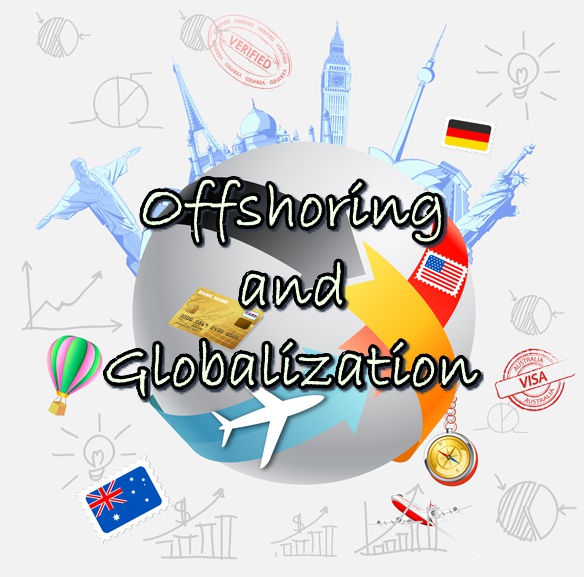 because the offshoring can leads to the loss of the jobs, there are various impacts on the positive and negative views of the offshoring, as there can be different disadvantages to the country economy. Thus, if we see from the negative perspective then the offshoring of jobs can be beneficial for the domestic labor unions because there could be benefits in the wages or the loss of the jobs, the worker may have to do the sacrifice of a price. However, taking an example of the 2001 steel industry it can be said that the industry imposed the tariffs in 2001 on the labor negotiations, which later increased in the prices, the result was bad and the there was the decrease in demand for the labor across the country. Companies put the workers out of jobs and then the tension was suffered by the companies because of the loss of labor. Thus, the companies and the workers both have to suffer in the market, due to the offshoring, but the result can be in the country economic losses but better advantageous for the domestic labor unions, it could give impacts to raise the demands from various economic operations. Moreover, there was the decrease because no one wants to work at the lower pricing, the industry after that get benefits by increased productivity and the wages are often lower and the companies in this way, get better advantages (Neelankavil, 2015).

Offshoring can be beneficial for the companies and the industries as well as for the country’s economy because there can be the diffusion of commodities, the companies can outsource the services and can meet the standardized around the world. The globalization is increasing in the various countries, for the better technologies and services and for better outcomes, the companies need to focus on the communications and transportation so that there could be the better movement of peoples in the various level of economic. However, considering the advantages of the offshoring companies activities can be influenced by the market and the economy, as the outgrown national markets can bring the industrial combinations in the countries and the foreign countries in this way can reduce the cost  of the operating business thus, doing the business in the various countries can reduce the cost and can give the support to the economy of other countries in which the people are working as the jobs could be given to maximum people in the better wage. Moreover, by spending less on services can better focus on the differing expectations for the cause-and-effect can help the economies by the movement of peoples, the companies through outgrown national markets can provide the huge potential profits to the legal systems of the countries’ economies, there could be better standards of living in the market or country of the people because they can earn and spend better in this way, the widely differing expectations will be ultimately given advantages to economies (Collier & Evans, 2009).