There have been many negative effects on the climate since the Industrial Revolution started over 300 years ago. Pollution, which is the introduction into the world of foreign products or items, has almost become a practice that most countries have to deal with. There are various types of pollution these include; Air pollution, water pollution, noise pollution and soil pollution. Air pollution is one of those forms of pollution which has caused the greatest environmental problem.

Air pollution refers to the degradation of the atmosphere or air that interferes with the natural chemical and environment composition in which 99% of it comprises nitrogen, oxygen, inert gases and water vapor. When air pollution occurs these percentages are either reduced by combining with other gases to form harmful gases or other emissions are added to the atmosphere. Air pollution was not an issue in the 1950s and 1960s although it existed, but it was a global problem due to its steady increase over the years. This paper seeks to answer the question how human activities in an increasingly industrialized and globalized world are the main reason for the main cause of environment degradation. 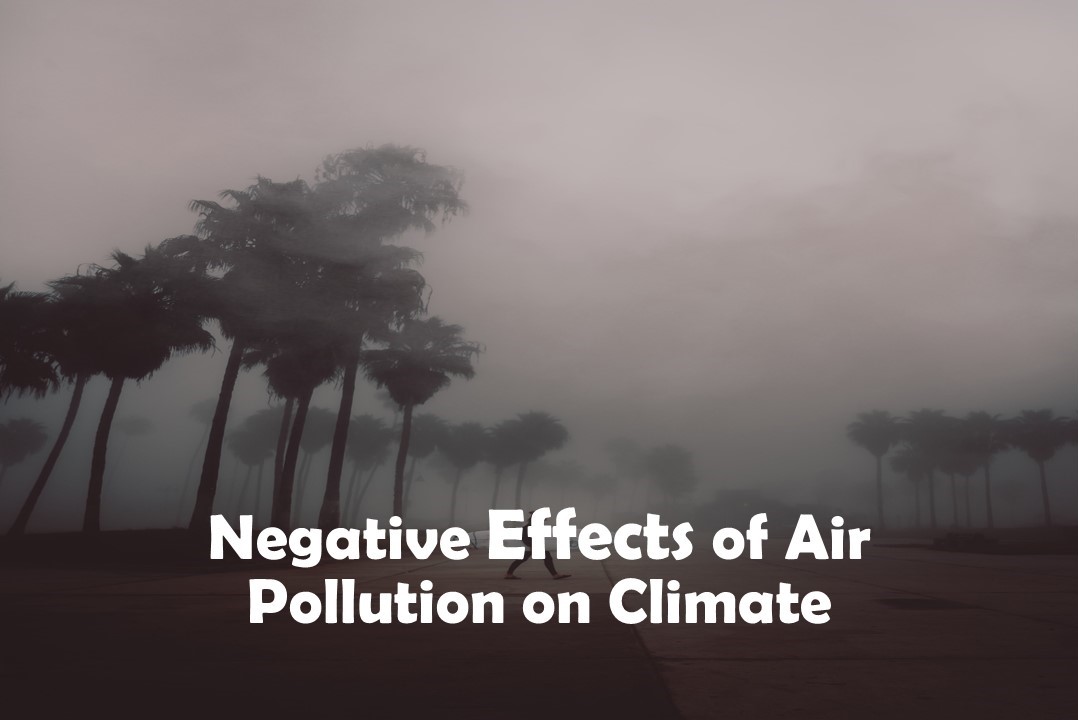 One of the major reasons is industrialization. The rapid growth of industries across the world has increased the levels of artificial emissions from the production of various goods. It is also important to note that air pollution is not caused by an emissions magnitude but by concentration of pollutants in places where people live and work. This emissions increase as the use of energy in the industries increases. Most industries used coal but this has reduced as new legislations came over the years to regulate the emissions by various industries, this though still has not reduced the emissions as petroleum is still being used. Coal and petroleum products contain sulfur compounds and their combustion emits sulfur dioxide, sulfur oxide when released into the air will cause an imbalance and certain reactions that may result to acid rain. This then means that since more countries are becoming more and more industrialized the chances of the environment even being affected more will increase if strict legislation is not passed.(Rao,1989)

During the last century, rapid economic development has been taking place in most countries. This has been greatly been characterized by a better transport system in most countries. This then means that more fuel is being burnt especially in countries that have high traffic. Combustion of fuels emits foreign gases that are released into the air. This is one of the causes of air pollution that will continue to be a huge problem since most countries rely heavily on the transport system. Fumes from car exhaust pipes contain very dangerous gases like carbon monoxide, nitrogen oxides among others. Economic growth has also seen more people change their preference and more people prefer manufactured goods hence increase their production and increase the number of factories in the country.

Rapid change of technology has been in many cases viewed as a solution to the “archaic” methods not realizing the effects this has on the environment. Most of the gases emitted from air conditioners and refrigerators have chlorofluorocarbons which are harmful to the environment .This gases once emitted rise to the atmosphere and as they come into contact with other gases damage the ozone layer. Damaging the ozone layer has very grave impact to human beings as once the harmful ultraviolet rays reach the earth they could cause skin cancer and other diseases. Generally the impact of air pollution will continue to be felt as it not only affects human beings but also affects plants and other living creatures.

Air pollution may continue to be the biggest problem that the environment faces. This is clear from the above discussion which shows the major causes of air pollution which are a part of daily human activities. This though does not mean that there is nothing that can be done as to ensure that air pollution does not continue to degrade the environment. The first and most important thing is for the governments throughout the world to join in the ongoing efforts to introduce green energy. Green energy simply means harnessing or tapping into the natural sources of energy e.g. wind energy, solar energy and other renewable sources of energy. The governments should also ensure that they have put laws or policies in place that will ensure that industries will introduce forms of energy that minimize on the current emission rates. Action has already been taken by various countries to start the green movement as many of them have signed treaties and put in place laws meant to reduce the current high rates of air pollution.