Mona Lisa is a painting that has been painted by an Italian artist Leonardo da Vinci. His painting was considered the best painting still in the world. His painting was recorded as a genius book of world record, as the bestseller painting still exists. It is that artwork which is been considered in all fields where one can get fame like singing, poetry making, the most visited as well. It is the picture of Lisa Gherardini, the wife of Francesco Del Giaconda, Francesco ordered Leonardo to paint his wife’s picture on their birth of the second boy to them and in the celebration of their new house made for their child.

It was painted in 3 years between 1503 to 1506 as it is considered the best painting in the world it is because it has great artwork in it. The name given to paint Mona Lisa was originated by some Italian and visceral words. Mona was changed by Madonna in Italian and Lisa was attached, as it is the original name of the wife of Francesco. The name was a beauty itself as it is unique and different as well according to the highest level of beauty placed in the portrait. The work was to express the real beauty of the Lisa in the portrait. (Rose, 1900) 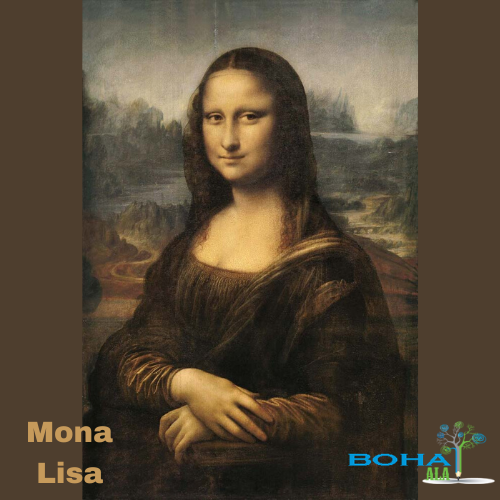 This is a painting made with oil and on its surface cottonwood panel was placed.  It was not a common practice at that time to work on cottonwood panel, the portraits were made only on the simple canvas. This uniqueness also made him more successful and famous. The painting on wood with oil painting was a unique combination at that time. Most of the painting was done with water colours on simple canvas. This uniqueness made him renowned and famous as it is recorded in the genius book of world record. Mona Lisa is also very much famous because of the artist as well. As Leonardo was famous for not only of its artwork but also he is the scientist, inventor and a doctor as well. (softschools.com, 2018)

The painting was made very detailed all the body parts and background of the painting as well was made so fine that not everyone who looks at it can stay without praising it. The eyes, the eyelashes, the eyebrows, and the hands the beauty of its overall face and the use of bright colors in the background made it more attractive and beautiful as well. The eyes of the Lisa were made so much simple and happy that it attracts the person who watches it for the first time. Her eyes explain her simplicity and beauty. At first when the painting observed after many years when it has made the eyebrows and eyelashes were not present.

The myth was that it might disappear in terms of shifting it from places to places. Leonardo first made it with watercolor and on simple canvas as it was the tradition of painting at that time in Italy but soon he observed that it would not be a simple portrait as Francesco ordered him to create a unique portrait for her wife with a very different aspect in it. Therefore, he painted it with oil on cottonwood canvas, which preserves him for a very long time. Few years before as in 19oo’s, it was going to disappear due to lack of taking care of it. (Zollner, 1993)

It fonts going to disappear so at that time it was mainly those parts were painted again and then preserved him for a long time in much take care. The real fact that Francesco ordered Leonardo to show in the portrait was that the girl Lisa not liked to smile her husband’s wants her to smile but his wife was of different nature she doesn’t smile that why Leonardo focuses on the smile of Lisa very much. Her smiles show the real beauty of real Lisa in the picture although it is not real at all. But this uniqueness made its portrait very famous around the world. The real beauty of Lisa was displayed in the portrait that a girl which is living in a relationship in which she doesn’t want to live as she is facing a bad time with her husband. This image attracts the visitors as they can clearly saw the inner sadness and unhappiness of the Lisa in it.

Mona Lisa is not just a painting or portrait it is the representation of the real beauty of women. The women, which is facing a bad relationship with her husband even after two kids and too much wealth as well. The painting clearly depicts the inner truth or inner sadness of the women, which is only observed by the person who looks at it deeply and by considering it to herself.