Several countries throughout the world are working to decriminalize or legalize less harmful drugs such as cannabis (marijuana).  It has been suggested, and in some cases demonstrated, that legalizing or at least decriminalizing marijuana can help to reduce violent crimes and significantly decrease the number of people incarcerated for drug use which would allow more individuals to remain contributing members of society. It would free up funds and law-enforcement manpower to instead combat the more urgent societal issues.  The evidence demonstrates that legalizing cannabis for medicinal in addition to general purposes would prove a benefit to society, evidence which is well-known throughout the scientific, political and public arena but this collective knowledge has yet to be acted upon.

Q: Does Marijuana cause health problems?
Assertion A: (No, but is a gateway for drugs that do)

Illegal substances most frequently linked with drug-related fatalities include opiates such as heroin, cocaine, amphetamines and barbiturates.  Alcohol, particularly when used in combination with harder drugs, is also linked with drug-related deaths.  Marijuana has been widely known to be a gateway drug for harder substances. Heroin and other drugs that are injected into the bloodstream are often associated with the deadly disease HIV, the human immunodeficiency virus.  HIV causes AIDS, acquired immunodeficiency syndrome.  Besides being spread from the use of shared, contaminated syringes, AIDS is also contracted by sexual contact, from transfusions by contaminated blood and in the prenatal stages from mother to baby.  Procedures involved in the preparation and injection of drugs present various opportunities for the transmission of HIV and hepatitis.  (Normand, Vlahov & Moses, 1995). 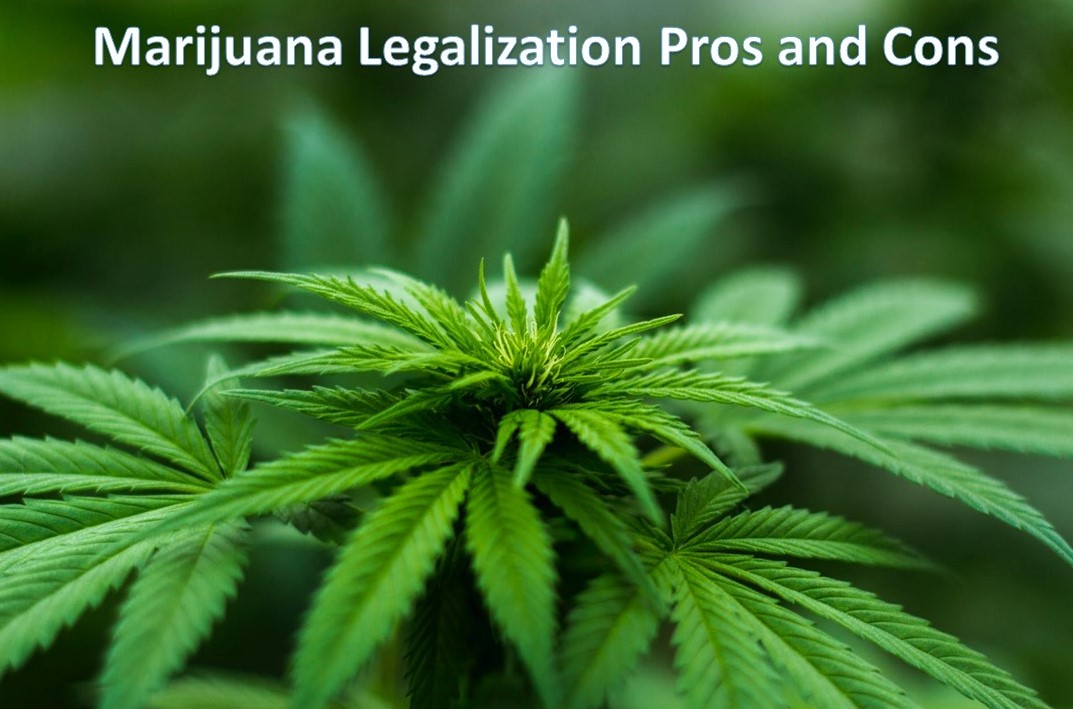 Assertion B: No (Medical Use: Relieve pain)

Supporters of legalization invoke the theories of John Stuart Mill, who espoused that adult citizens should have the right to make their own choices regarding whether or not to participate in harmful activity as long as it does no harm to others, a theory that has been largely ignored in the decisions regarding alcohol and tobacco, but not cannabis.  (“How to Stop The Drug Wars,” 2005) Eleven states allow the use of marijuana for medicinal use, Rhode Island the most recent joining California, Alaska, Hawaii, Colorado, Oregon, Nevada, Montana, Washington and, Vermont and Maine.  The prohibition of marijuana makes little sense and disallowing the medicinal use to cancer patients living every day with agonizing pain and glaucoma patients who depend on marijuana to see better, for example, should be unthinkable in a civilized society.

Q: Is Marijuana benefits the society?
Assertion A: Yes (Profits to the government: Tax revenue, will be removed from the black market and stop empowering gang members

The criminalization of drugs has greatly benefited violent drug cartels and gangs which bring in and distribute the drugs.  The entire basis behind drug prohibitions in the war on drugs is in limiting the supply.  The premise holds that by limiting the supply so as to make it virtually impossible to acquire, the demand for such products will automatically dissolve.  Prohibition strategies that focus on blocking the supply lines have proven to be ineffective.  However, the efforts that have been expended have made bringing these substances into the country high risk ventures.  The high risk enables distributors to charge more for their products based on the risk involved in delivery, which makes it an attractive proposition for organized crime.  Those interested in working in the drug trade take risks not only in terms of running against the law, but also in terms of running against other criminally minded distributors, who are not regulated or controlled by any governing body and therefore have only themselves to answer to.  The strategies involved by these individuals do not follow along the typical rules of conducting business.  Instead, they rely on violence and corruption.  Thanks to the laws restricting the flow of these substances, they also have access to practically unlimited funds that make it possible for them to purchase their way through the legal system.  (Slater, 2006).

The war on drugs is a campaign based on morals, not on public health, and it has a serious impact on our society’s economic and civil liberties.  “The U.S. government is spending an enormous amount of money to wage this war – a figure that has exploded in the last two decades.  The federal budget for drug control stood at $1.5 billion in 1981.  By 1991, it was $11 billion.  Today, it is $17 billion” (Sane, 1999).  “In the 1970s, decriminalized cannabis savings in police and judicial assets was recorded.” (Harrison, Backenheimer & Inciardi, 1995).  Crime is on the rise overcrowding the prison system while inner cities are becoming unlivable decreasing chances for the economic revival in those areas, all as a consequence of a misguided war on drugs to prevent the misuse of drugs.  These governmental drug programs have had very little if any reduction in the use of drugs but a great many innocent victims have had their lives ruined.  “The harm which is being done by these programs is far greater than any conceivable good” (Friedman, 1991).  “Most users of illegal drugs are not addicts, are employed, do not commit property crimes, and indeed are more likely to have crimes committed against them.  Criminals gravitate toward the profits of dealing in drugs more often than drug use itself causes crime.” (Rasmussen & Benson, 1994).   Law enforcement has proved not to be an effective deterrence in drug use and have made the drug war less effective.  The evidence shows that stricter enforcement laws have led to the use of even more potent and more dangerous drugs.  Higher drug arrest rates have caused prison overcrowding and early releases of violent prisoners putting them back on the street which causes more problems and amplifies costs for the public both in personal terms and in judicial expenses.  Drug dealers have resorted to juvenile street dealers, who face less severe sentences.  “The escalation of enforcement increases property crime, violent crime, and corruption and does not reduce drug abuse and may increase it” (Rasmussen & Benson, 1994).
Assertion B: No (Sexual promiscuity and other risky behaviors)

Teenagers experience more emotional fluctuations than do younger children or an adult which explains why the suicide rate is higher in that group.  Teenagers that use drugs and alcohol are more likely to attempt suicide.  According to a study of teenagers that attempted suicide, alcohol and drug abuse was the most frequently shared characteristic.  Of the teenagers that took their own life, 70 per cent were frequent users of drugs and/or alcohol.  However, current research does not demonstrate that drug and alcohol use actually instigates suicide, just that these behaviors are connected.  Teenagers with higher emotional problems than others are more likely to consider suicide and use drugs.  However, drugs and alcohol could possibly magnify a pre-existing emotional problem and “may impair the judgment of teens considering suicide, making suicide attempts more likely” (Shaffer et al, 1996).

The interrelation between drug use among teenagers and an increase of sexual activity is a widely accepted fact by researchers and the public alike.  Many studies have consistently demonstrated a correlation between risky sexual behavior and drug use by the same students.  Drug users are more inclined to take risks than do students that do not use drugs.  This may be an obvious statement but a propensity to take risks with their health combined with a loss of inhibitions while on drugs and the need of all teenagers to be accepted by their peers leads to an increased level of sexual activity.  This problematic scenario also increases the likelihood of students having sex at an earlier age, having multiple sexual partners and decreases the chances that they will use contraception than those that do not use drugs.  “Adolescents aged 15 and older who use drugs are five times more likely to have sex than adolescents who do not use drugs and adolescents who have used cannabis are four times more likely to be pregnant than adolescents who have never used cigarettes.” (The National Center on Addiction and Substance Abuse, 1997).

Taxpayers, through high crime rates caused by the war on drugs and high tax rates used to support the war on drugs, continue to fund this fruitless endeavor.  Drug dealers, who are willing to kill each other for profits obtained from such a lucrative market and junkies, who cannot envision a life without the drug and are willing to rob and kill for money to support their habit, would not feel compelled to resort to these measures if drugs were legal and cheap.  Over half of the prisoners in jail are there for drug ‘crimes.’  This causes overcrowding which results in the early release of dangerous, violent criminals. It is illogical from a societal view and inhumane to individuals who are marked as a criminal for life for activity that causes no harm to others.  People who are suffering from debilitating conditions must break the law for relief. Legalizing marijuana is the only sensible thing to do and is long overdue.