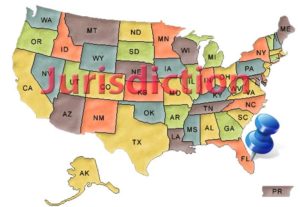 This case involved Morris A. Kent Jr. Who was 16 years old, he was arrested detained and interrogated by the police for being connected to series incidents of rape and robbery.  Kent admitted that he had some involvement in these cases and the juvenile court waived its jurisdiction. Therefore, Kent was tried in the adult court, and he was indicted in the district court. However, Kent sort to dismiss the indictment and accused the juvenile court of not conducting “full investigation” on his case before it waived its jurisdiction. A sitting jury found Kent guilty as charged and sentenced him to a jail term of 30-90 year in prison. The United State Court of Appeals based in the District of Columbia Circuit affirmed the decision. However, they pointed out that the juvenile court judge did not cite any reason for the waiver (Lawrence & Hemmens, 2008).

The rational for jurisdiction waiver in the case of Kent v. the United States was contested in the Supreme Court, and the decision was affirmed by a 5-4 judgment and Justice Abe Fortas wrote the majority decision. The Supreme Court found out that the juvenile court did not conduct sufficient investigation before it waived its jurisdiction. Therefore, Kent did not receive a fair hearing, access to his prior criminal record or access to counsel before the waiver. The Supreme Court remanded the case to district court for the determination whether the waiver was proper. At this time Kent was 21 years old, and the juvenile court had no jurisdiction to hear this case or determines whether the waiver was proper or improper. The Supreme Court set guidelines to be observed in subsequent waiver decisions. 1. The seriousness of the juvenile alleged offence to the community and whether a member of the community requires a waiver. 2. It required whether the alleged offence committed by the juvenile was violent, predetermined, aggressive or willful manner. 3 determination of whether alleged offence was against property or a person and the greater weight is given for offence.4. The merit of the complainant must be determined by a grand jury. 5. The application waiver must be within age timelines. 6. Juvenile maturity must be determined by doing the background investigation about his/her emotional attitude, his home, and the pattern of living and environmental situation. 7. Criminal record of the juvenile must be observed, and finally, proper protection of juvenile must be upheld and possibilities of rehabilitation (Fuller, 2013).

Therefore, before juvenile jurisdiction waiver is granted, the juvenile must be given the right to a hearing, assessment of prior criminal record and access to counsel as well as community interest must be considered.

Juveniles and adults do not have same constitutional rights. For example, juveniles do not have a right to be tried by a jury of peers, but their adjudication hearing is heard by judges because they are youthful offenders. Juvenile does not have the right to a public trial or bail. However, the juvenile offender has extra protection than adults in juvenile court systems, and their records are sealed, and their criminal records are erased once they turn 18 if they meet certain conditions. Juveniles have right to be notified about their delinquent acts before the court hearing, the right to an attorney right to pre-release if they did not commit violent acts and right to free public defender if they cannot afford a private one.

The juvenile court system mainly focuses on rehabilitation of juveniles, and it has more sentence options as opposed to the adult criminal system. Some of the option does not require juveniles to be confined in jail and they are allowed to be within the community receiving counselling, diversion or offering community service. Adults are prosecuted for crimes while juveniles are prosecuted for delinquents’ acts they have committed. Juveniles are heard by judges because they don’t have a right to a public trial by a jury and there are set guidelines to determine whether the juvenile offender committed a delinquent act. When the juvenile is found guilty of delinquent acts proper form of rehabilitation is recommended while adults are sentenced and punished for their crimes. The adult court system is formal while juvenile courts are more informal and have liniments rules regarding courtroom procedures (Loeber & Farrington, 2012).

The case of Kent v. U.S stipulated the procedure required for jurisdiction waiver hearing. However, the case of Breed v. Jones (1975) laid down important guiding on juvenile waiver and pointed out that juveniles cannot be adjudicated in the juvenile court and at the same time waived to be tried in the adult court.  This action could amount to trying a juvenile twice for the same acts (double jeopardy), and it violates the Fifth Amendment (Champion, Merlo & Benekos, 2013). In reality, this case does not apply, and the juvenile is subject to waiver hearing. Therefore, the case of Kent v. U.S changed the logic on how juvenile waiver is applied today. The juvenile waiver is subject to various offences such as violent crimes which include first-degree murder, violation of firearms laws as well as a violation of drug distribution and possession laws. However, the waiver can be contested on the grounds of a criminal history of the accused juvenile offender, information gathered from psychological evaluation, nature and type of criminal acts involved as well as the prevailing statutes which would allow juvenile waiver according to Kent v. U.S case.