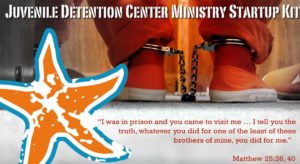 The goal of the Atlanta Detention Camp is to operate under a safe environment where it can provide secure facilities and educational opportunities to the youthful offenders. It is also committed to implementing the juvenile justice reforms.  Moreover, it is determined to providing the best correctional services to the youth to prevent them from committing a crime in the future.

The camp offers secure temporary accommodation to the juveniles who have been charged with criminal activities. The teens are supervised by the officers who work in the camp disposition at the juvenile courts to hear their cases. The camp only provides accommodation to the youths who have committed a crime and have been proved guilty. The camp also provides custody to the children under the Department of Juvenile Justice. The camp also provides medical services, recreation, guidance and counseling, education (Richardson, 2014). The juveniles are also trained in various arts and crafts. The youths at the camp are also provided with food, clothing, and emergency medical services.

The Atlanta Detention Camp works in partnership with the members of the community, social service providers, groups, youthful offenders, and the staff of the juvenile justice system to ensure that members of the society are protected from crime. The social service agencies monitor the behavior of the youths in the community. They provide mentorship programs to the children to prevent them from engaging in criminal activities. On the other hand, the juvenile justice system prevents the teenagers from engaging in illegal activities. The administration of juvenile justice also provides an outline that should be used in the camps to reinforce the behaviors of the youthful offenders. The youth justice system also donates educational facilities to the detention camp. Besides, it provides professionals such as counselors to assist the officials at the camp in providing psychological support to the youths.

The Atlanta detention camp serves youthful offenders who are below the age of 21 years. The employees at the camp work diligently to ensure justice is given to the young ones (Richardson, 2014). Besides, they also work towards reshaping their lives to protect them for rearrested and to enhance positive behavior among the juveniles. The primary objective of the camp is to help the youths rebuild their future by holding them accountable for their criminal activities. The young people are encouraged to embrace positive behaviors to allow them to contribute to societal development. The camp provides a secure detention, and the inmates are given psychological treatment. There are also specialized programs that equip the youths with emotional, social and intellectual tools that they will require when they become adults. The children in custody are allowed to obtain basic education where they acquire high school diploma. The training program at the camp is accredited by the Correctional Education Association (CEA) and Southern Association of Colleges (SAC). Atlanta detention camp serves over 52000 juveniles annually (Richardson, 2014). This population includes those under probation and those who are serving short-term incarceration. Besides, it serves those who are committed to Office of Juvenile Justice and Delinquency Prevention.

The camp has hired many counselors who provide psychological support to the youths in custody. The counselors provide support both to the family members and the children in detention. They provide psychological support to allow the child live a crime-free life and achieve their optimal growth. They work together with the youths who have committed various crimes to ensure their well being and smooth re-entry into the society after serving the jail term. Apart from working in the detention camps, the counselors also interact with family members of the convicts to provide psychological support. They also work with social service agencies, the justice system and the members of the community to ensure public safety. The juvenile correctional services influence the functions in the community and the attitude of the members of the society towards young offenders.

The Sumter detention camp provides temporary and secure accommodation to the juveniles who have been convicted of the criminal offense.  Most of the offenders who are accommodated in this camp are second-time criminal offenders who are involved in various criminal activities such as malicious mischief, shoplifting, fare evasion and substance abuse. The juvenile justice system works in unison with this detention camp to determine the youths who are eligible for alternative detention outside the camp. The process of moving youth offenders to other alternative involvement is known as diversion (Richardson, 2014). After staying at the camp for some time, the probation determines those who are eligible for diversion. Diversion is a written agreement that will determine that will be imposed on the behavior of the youth. Those who have qualified for diversion may be subjected to community services, pay fines for their criminal offenses, or are taken to educational institutions to further their education. It is the responsibility of the juvenile court to determine the consequences that will be imposed on those who have qualified for diversion.

The goal of the Sumter detention camp is to provide standardized correctional services to youth offenders. They focus on positive behavior, education for the young people and health promotion of those who are serving their terms in the center (Toppin, 2015). Before one undergoes a formal diversion, the officers working at the camp usually do consult the parents of the juvenile and must also appear at the court before the judge to formalize the diversion process.

The camp has managed to change the lives of the juveniles who are detained at the camp. They have hired competent professionals who provide psychological to the youth offenders. Children serving at the center are allowed to acquire high school diploma. They also taught other artisan courses to equip them with requisite skills that may assist them after being freed from the camps. The youths who have served their detention of the camp believe that it is the best detention camp that children should be sent to. The center reinforces positive behavior among youthful offenders. The professionals at the center are free to interact with the officials and are given skills to allow them to interact freely with the members of the society after serving their terms. The camp serves over 50000 juveniles annually. Most of them are those who have been involved in various offenses such as drunken driving, substance abuse shoplifting, and malicious mischief.

The officials at the camp work in unison with the Offices of Juvenile Justice and Delinquency Prevention to prevent the youths from committing a crime. The office of the juvenile justice system provides the guidelines which should be utilized at the centers to allow the children embrace positive behavior. The camp also works in partnership with social service agencies, parents, community groups, and teachers to assist juveniles who may be suspected of a crime (Toppin, 2015). The groups provide mentorship programs to the youths who have been released from the prison to allow them to reinvent an active lifestyle in the society. The center has hired professional counselors who provide psychological support to the youth. They are told the importance of embracing positive behavior in the community. The guides also provide support to the parents whom their children have been convicted. The parents are shown how to mold the characters of the children after being released to avoid being rearrested.