Wireless Breach of an IOT Item

This article is about using the internet in a daily routine that how useful is this use of the internet is in our daily life. The Internet is now an essential part of our lives without this we cannot be able to get the efficiency in our works and the work we cannot finish it on a specified time as well. Internet use is very much essential and important in all the faces that it secures the software’s and the products that are work on the internet. Sometimes it happens that you secure something but it became hacked by the hacker through any mean. The businesses and security have a direct relationship with each other.

Internet of things has many burdens, which they have to face in order to get out of them. Sometimes those burdens became very much difficult that it may be damaged and damage the things connected to it. Hackers remain in a mood to get the security hacked of an internet of things so that they can eliminate data from the things. This could be fixed in terms of having a good protective shield that can stop outside resources from it. It is been fixed by making a protective virus which could fight for the safety of internet of things from hackers. 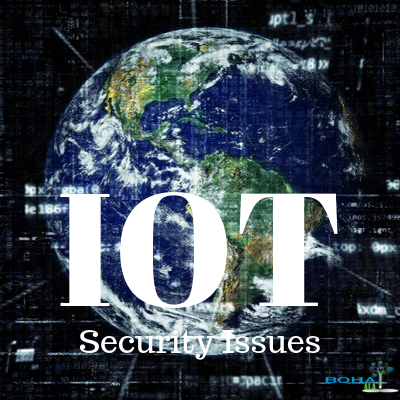 Vulnerability in Other IOTs

A vulnerability is very much carefully observed in an internet of things that it can easily be looked after and it should be present in the IOTs. It is present in all internet of things so that all the things must be kept secured from hackers. If the things cannot be kept secure from the hackers then it became very much difficult to keep your things and the data secured in your things safe and sound. If vulnerability ignored in the things then it became very much difficult to continue the internet related tasks smoothly and according to the criteria in which it should be. (Techcrunch.com, 2015)

Internet of things when implemented in the society it is best to make suitable that it facilitates the people in the society and its best fit into the society. Internet of things needs a consistent and continues change and up gradation so that it can easily be made according to fulfill the needs of the people across the world. Society needs variety, which makes them comfortable in their daily routine working and in terms of making their daily routine tasks comfortable and convenient as well.

Some people in a society works only when they use any internet thing. If internet things cannot be secured through, any mean then it became impossible for them to use them efficiently and on a business level as well. The security purpose is fulfilled in the sense that they get some coding at their back and when some unauthorized person gets access or try to approach your internet item without your permission, then it became impossible for him and your work should be made safe and secure according to your need. (Diego Mendez, 2017)

Use of Vulnerability to Perform an Attack

Vulnerabilities are actually the flaws in the IOTs items. If these weaknesses and threats cannot be diminished then it can be made possible to make it strong and more interesting and useful as well. The vulnerability can be used in making the performance of the things better in order to make our weaknesses our strengths.  This activity will improve the efficiency of the working system of IOTs items and increases their working life as well. Threats are all the time came unexpectedly in the IOTs that can cause a lot of damage to the IOTs.

Results And Their Impacts

The result of using vulnerability is always remaining positive and it became very much easy and beneficial for the use of IOTs. The security of IOTs items is very much necessary and compulsory as well. This affects very much positive on the items and it became very much useful when secured properly and accordingly. The breach of the proper procedure in the working of security system will result badly in the security matter of the IOTs items. The impact that happens on it always becomes very much positive and it gets good results when used by the users.

Affect on Society & Security Professionals in The Future

The effect of vulnerability in the society is sometimes positive and sometimes negative as well because sometimes the hacking problems cause a lot of disturbance in the society and as well they cause difficulties in their workings. The people who have all the possible working done on the IOTs will become very much beneficial with its positive impact. The security professional also is improved by this. This improvement is essential for using in IOTs items. (Køien, 2015).