For the post it- Notes to be developed, there were some level of creative thinking applied. Where creative thinking simply means the generation of new ideas that can contribute to innovation and bring change. Creative and critical thinking are basic to human success in technology and development. Back to our case, it’s evident that the manager applied creative thinking, since he realized that a bookmark could not mark the pages of his hymn because the paper will fall, he quickly thought and came with a new idea of using adhesive. He later realized that adhesive was not strong for industrial use and further thought creatively and came up with a prepared batch of glue applied on the peace of paper and it really worked not just for him but for the entire company and it even became one of their major products. Development process of different products is not always the same, this is because some products are developed when the innovators have in their mind that they want to develop that specific product, while some products are developed or realized accidentally just like how post it-Notes was developed.

The manager had the post it-Notes sent to the secretaries in the entire company because his intention was to find out more uses of post it-Notes. We realize that the manager suspected that the batch of glue on piece of papers had more use than just bookmarks so he sent some samples to secretaries and by doing that we find that the 3M Company manager was doing his own research on the product. The manager’s objective of sending the batch of glues to each secretary was just a way to populate and create market for the product, that’s the reason why, once many people started using the product in the company, the manager cut the supply and sent them to marketing department and even rebrands the product to post it-Notes. This means the manager fully accomplished his mission and goal of marketing and populating his product via secretaries. Since the post-it Note was not a planned innovation, according to my opinion there was no any other way that the 3m manager could have achieved this and thanks to his hymn. 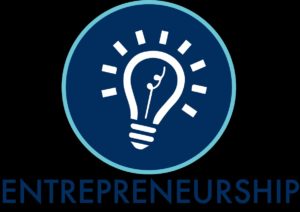 Was the 3ms manager innovation an invention, extension, duplication or synthesis kind of innovation? Invention is introducing something new into the world that has never been seen before; example is invention of televisions, computer and many others. Extension kind of innovation is where the idea used before is expanded or modified. Duplication simply refers to replication of an existing idea in an innovative and a creative way, finally, Synthesis is where the existing and new ideas are combined to come up with a new product. On my opinion, I can conclude this to be a synthesis kind of innovation, because the 3ms manager combined both the old and new idea in developing the post-it Notes. The manager’s older idea was to use bookmarks and adhesives, but bookmarks could tear the paper and adhesives was not effective for industrial use, from these, we realize that the manager borrowed the existing idea of using bookmark and adhesive into making a batch of glue that was applied to piece of papers. In design, synthesis involves the combination two complicated kind of materials; the designer and the designing problem (Kolko, 2010) from this, I can conclude that this type of innovation was a synthesis kind of innovation. An example of a company with a synthesis type of innovation is the iPhone; they use the already existing ideas in making their products but modify them to be more effective. Example is the accelerometer modification. Accelerometer was invented and used by other companies; iPhone just borrowed and modified the idea. Currently many devices are fitted with inbuilt accelerometers.

Sources of innovations can be; unexpected, just like Peter Drucker said that the unexpected type of innovation comes as a result of unexpected success, failure or outside events. (Drucker, 1985). Other sources of innovations are; Incongruities, process need, industry and market structures, Demographics, changes in perception and finally knew knowledge. The unexpected development source requires the manager to study the market and identify whether a product is in high or less demand compared to others, the manager then will exploit the unexpected success to try and innovate a new product that will be relevant to the market. Incongruity innovation source involves conflict or disagreement between what is currently and what should be done. Customers are a good source of incongruity; their complaints will help improve the product. Process need involves identify the company’s weakness points and making the necessary changes. Companies need to watch on the market structure, this helps to identify the falling products in term of demand within the market. Demographic involves company’s action to take into consideration the population change, level of income and education. Population and people often change their perception about products, an innovative company should always be flexible to adapt to this, finally, new knowledge kind of innovation involves identifying knew ideas of doing things and improving the already existing processes. Above explaining these, I can conclude that the innovation discussed in the case chapter is can be categorized under knew knowledge source. The manager at 3M wanted a new way of doing things or rather marking his hymns. So when he realized that the bookmark and adhesive were not effective, he came up with the idea of using a batch of glue on piece of papers which became famous within the company and even named it as Post-it Notes making it a new knowledge kind of innovation.

From the second case study, we realize that Chris Wesserberg is trying to come up with a business idea. And what we ask ourselves is that, is Chris’s’ idea of constructing dog houses unique?  A unique idea is a lone idea that has never existed before; it must be something new, something that other business persons have never tried before. I can categorically say that the Chris’s business idea was unique in some way and somehow not unique. The idea of constructing a dog house wasn’t a unique idea because he obtained the idea from his read story about the man on the West coast who constructed custom dog house out of expensive materials and sold each from $5000 to $15000 each. Some level of uniqueness also displayed itself in Chris’s idea. He opted to on selling his constructed dog house at a price ranging between $250-$500 the price exactly in the middle of the custom doghouse and the standard doghouse prices, I can say that Chris’s thinking was creative and he showed some uniqueness in setting this price. He also displayed some uniqueness by the doghouse structure appearance; he would put the dog’s name above the door and single the roof. His doghouse structure would also be distinguishable from the standard and custom doghouse in a way that, his will be slightly larger, well insulated and floored with a washable vinyl. I think his idea of making the doghouse look just the same as the owner would fetch him a greater market. Was Chris’s business idea successful? Success is defined as a way of achieving an action within a specified period of time. We always set goals and objectives, and when these set goals and objectives are achieved, the same can mean success. The success of Chris’s business idea totally depended on him, he had a great business plan on how to construct the dog house and for him to be successful he’s required to implement all the unique ideas he had of the doghouse structure appearance and average price. Implementation of these simply means Chris’s succeeded in his plan but failure to implementation means his plan failed.

For Chris’s business idea to succeed, he must have a follow up on his ideas. First he must have a written plan; without a written plan, it will be quite difficult to achieve the plan, the plan should be a written one outlining objectives, financing, sales and marketing and how to acquire some surplus cash. Plan prevents some important aspects from being ignored and ensures that the idea is successfully implemented. Chris’s should also learn to be flexible in his formulated plan; it’s not always advisable to stick to one plan when Chris realizes that the plan is not working for him, he should try another options or formulate a different plan. Listening to others and getting additional advice is another way Chris can use to follow up on his business idea. Chris needs advice from other people on how to achieve his business idea and even recommend for him the improvements and changes to be made to ensure the idea will be relevant to the market. To turn a business idea into real business, Chris needs to put track of everything ranging from transactions because they will later help. Finally, research on the internet is a best way to get recommendations on how to follow up a business idea. Chris business idea is a good one, but for him to achieve it, he has to have capital to start him off. What is still unpredicted about his business idea is the market; will he be able to get the market for the dog house? And from his marketing experience, Chris gives himself hope that the market won’t be a problem to him.

After making a follow up on his business plan, Chris have to ensure is business goal is achieved. And how can he achieve this goal? The first step is to make sure that the business idea is specific, and from the case study the Chris’s idea is specific and is about constructing a doghouse. Secondly the idea should be realistic, and we ask ourselves whether the idea of constructing a dog house is really realistic, and from the case study I can conclude the idea is realistic since a man from the West Coast had already implemented an idea close to Chris’s. Another thing is to go step by step. Converting a business idea to actual business is a spontaneous process and requires steps and patients, Chris need to be patient with himself and implement the entire formulated plan step by step so as to achieve his goal. Finally, Chris needs to set priorities by evaluating on what to start with in implementing the business idea.  After Chris shall have implemented his plans and started the real business, then he will automatically know his business goal is accomplished.