Bohat ALA
Home Projects/Reports Impact of Globalization with Example

There are many business that can give benefits when they are globalize, however, many business need to be restricted from globalization, because there may not be benefits or some business can harm the economies of the developing countries. The businesses of US, outside the country or in the developing countries giving advantages to the people, as the people of other countries are getting the jobs and countries are growing economically. However, in other way, these businesses are worsening income inequality, in the countries. If the business want to be globalized there is, need to understand the social and environmental concerns of that country. 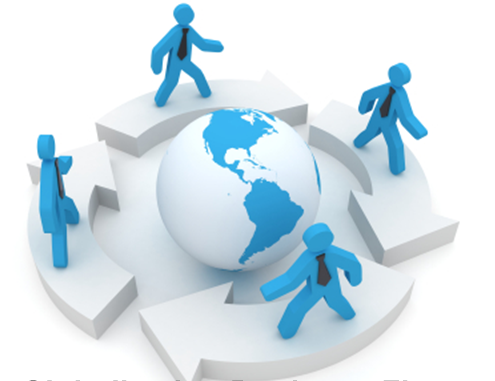 Example, the business of tanning bodies cannot be globalizing to India, because the people there prefer to look white. There is need to think about the countries and their culture before being globalize. Moreover, negative impacts can be seen if some businesses globalize, example, businesses of other countries can restrict the growth of that country in which the business is giving benefits. The article has showed that growth is restricted of the Asian countries because UK, US and NZ businesses are taking business advantages in that countries (Chapman, 2016). There is need to think before globalization of the businesses, because many businesses and countries can suffer in this way.

There might be several smaller businesses that lack the need or desire to participate in a global economy.  Especially in the recent trend of hyper localized economy.  An example is within the trend of craft beer breweries.  The process of creating the beer is completely local.  All employees are local and doing the work locally.  The beer is brewed with local water, grains sourced from within the US, hops are generally from the US with some exceptions that can be avoided if desired.  Bottling, canning, labeling, distribution, and retailing are all regional activities.

Most brewing equipment will be provided from within the US.

The consumer trend for craft beer is local to the extreme.  Many consumers will not even drink craft beer outside of the general region.  Most consumers prefer beer from their city, even choosing beer from one neighborhood over another.

While these types of businesses are ‘craft’ or specialty items, they still can enjoy robust growth by depending on current regional culture and relishing the fact that the product is ‘theirs’ and not international in nature.

Many of the domestic businesses are enjoying in their countries or cities because they have understand the trends and the nature of the people, they know what to create for the people and what is in demand. The example of beer, can be effective to explain the point, because beer businesses are earning more in the cities, as people prefer them, there are the job opportunities for the people of the cities as beer industry are getting the benefits. However, negative results could be there of being global; globalization may also give benefits to some of the business but other businesses like beer need to be restricted because there may be loss or disadvantages when more to other countries.

Negative impacts are taking place in the societies, due to the companies or other international trades or globalization, however, poor country are getting poor in this case because they are not doing the efforts to more. Countries like Africa are depending on the international trades or donations, due to which the country ids suffering because efforts are not there to improve economically, there can be many disadvantages to the people of the country, as the industries do not make the product or services for the people of country. The developing countries, in this case, will depends on others, there is need to think out of box because There will be fewer jobs, less education and factors of growth and other negative consequences can be there in the country.

Pros and Cons of Globalization