Foreign Policy of the United States and Relations with China

Write a 1,000-word essay on the document’s value and limitations in understanding American foreign policy and US relations with China (both nationalist and communist). Pay attention to the position, beliefs and assumptions of the author and other officials mentioned, the wider national and international contexts within which the report was written, etc. Furthermore, suggest other types of historical evidence that might make this source more informative.

The ‘draft document’ prepared in the Policy Planning Council attempts to put into place a strong framework for relations between USA and China. It reflects some clear thinking in the US State Department in its understanding of issues related to China. Broadly put, the proposed policy aims to build a calibrated relationship with China but at the same time have a strong upper hand in this relationship. This paper provides a wider perspective to the ‘draft document’ and contextualizes the policy of the US government towards China to the prevailing national and international political scenarios of the time. 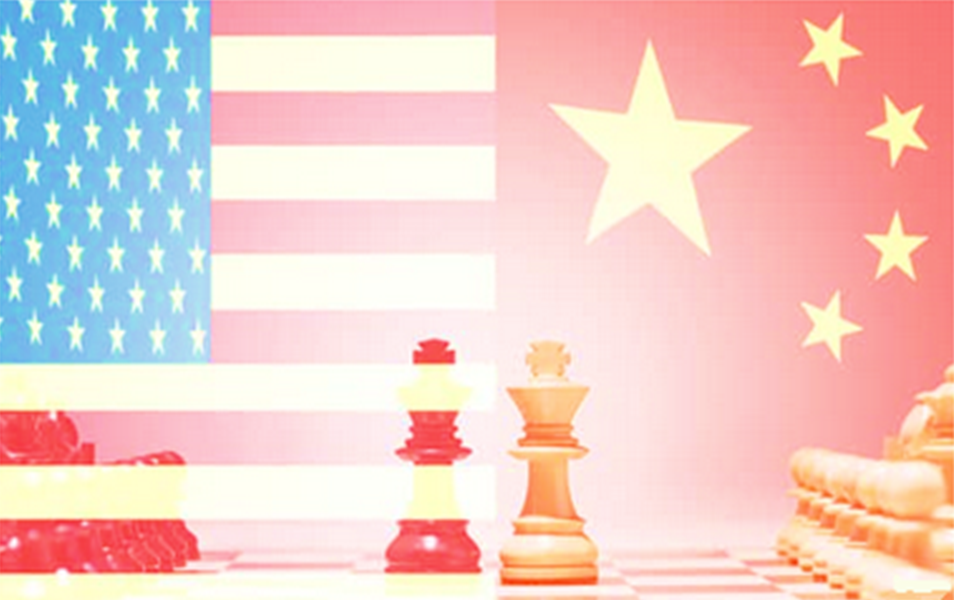 The proposed policy rightly aims to assist the Chinese people by providing them with food stocks. The ‘Great Leap Forward’ beginning 1958 which was about simultaneous development of agricultural and industrial sectors, turned out to be a major economic disaster for China, leaving, by some estimates around 20 million dead. Providing China with much needed food relief and other humanitarian aid such as medical information and advanced warnings about natural disasters, in this scenario, would have indeed helped Chinese people (if not the Chinese Government) warm up to the Americans. What the proposed policy fails to take into account is that China has always been a ‘closed’ State. Even in 2008, in an era of internet and mobile phones, the Chinese people are largely dependent on government filtered sources of information (Jonathan Zittrain and Benjamin Edelman). Attempting to influence opinions of Chinese people in the 1960s would have only been tougher.

By attempting to reward the Japanese and Indians, the proposed policy rightly aims to strengthen the nuclear capabilities, albeit for peaceful purposes, of China’s neighbours, and in turn, build a perception that China’s military capabilities are neither unique nor so strong as to push the smaller neighbours into China’s fold. The US strategy of containment of China is envisages the willingness of the smaller players such as Japan or larger ones such as India to become a pawn in the American game to keep China on the back foot. Obsessed with its preoccupation in preventing Communist China to emerge as a dominant power and Communism as a dominant ideology, the US, in its proposed policy imagines the potential scenario to be strong enough to bring closer traditional rivals such as India and Pakistan. In the process it forgets the depth of multi dimensional rivalry between the two nations. The US also overlooks the possibility of Chinese using these rivalries to its own advantage, which it did, by using Pakistan to bleed India. Nowhere was this manifested more clearly than (FAS) the fact that Pakistan obtained a pre-tested atomic bomb design and bomb-grade enriched Uranium from China.

The American policy does not take into account the possibility of using Tibet as an issue to checkmate China on the international stage. (Dawning of a new era, par. 8) Neither does much thought gone into the fact that Soviets and the Chinese faced a steadily deteriorating relationship since the late 1950s and (par. 9). China’s fear of a possible Soviet invasion could have been played upon by the US and used to its advantage in containing China. Indeed, this was later one of the main reasons for Chinese attempt to seek rapprochement with United States.

The proposed policy does not take into account the real and potential conflicts where US and China may find themselves on the opposite side of the divide. The Korean War was one such instance. However, the Vietnam War presented an odd scenario where the Chinese, despite being ideologically closer to North Vietnam, chose not to commit itself. The Soviet presence in North Vietnam brought forth Chinese resentment and despite being on opposite side of the divide as the US, would rather have the US win the war.

The proposed policy rightly seeks to puts in place a framework of action to respond to the changing nature of Sino-US relationship. The soon to happen Vietnam War, the Indo-Pak War, the rise of capitalism as a dominant ideology across the world played a very important role in reshaping the US opinion on China.

One of the major issues largely overlooked by the proposed US policy towards China is that of economic engagement. Economic interdependence has been successfully and very extensively used by the United States as a potential weapon to keep the partner nations in check, especially on matters relating to trade deals with countries it considered unfriendly. Nor does the draft policy consider the use of humanitarian aid as a tool to extract concessions from China in terms of its relations with Taiwan or its refusal to deal with Tibetans in a non-violent manner. In tune with times, the policy looks at relations largely from a military-nuclear perspective. The policy does mention in very broad terms about the need to study the different forms of pressure that could be applied on China in order to ensure it does not take an aggressive stance in dealing with its neighbours. Nor does it seek to identify the forces which could compel China to move from Communism to Capitalism. The death of more than 20 million people after the Cultural Revolution should have been used as a starting point by the US to compel the Chinese Government to move towards a more rewarding economic policy in form of capitalism. This should have been supplemented by efforts to help the Chinese Government set up proper educational systems, good infrastructure, health care systems and a strong private sector, which would have gone on to form the backbone of the Chinese economy. The linkages between these Chinese and American firms could have been then used by US to have better grip on the Chinese economy.

Finally– The political system in China! The draft policy does not consider pushing for democracy in China. Countries with democratic systems tend to be more moderate in their approach in dealing with peripheral states and in their general approach to issues. Communist China has shown its aggression in India (1962) and Tibet (1959). (Sino-Indian War). There is no effort to identify the pro-democratic forces in China and to work out a strategy to strengthen their hands. This is the key to a long term change in US relationship with China.