Siberia is known as the vast geographical region because it is now the modern part of Russia. In Siberia, there are 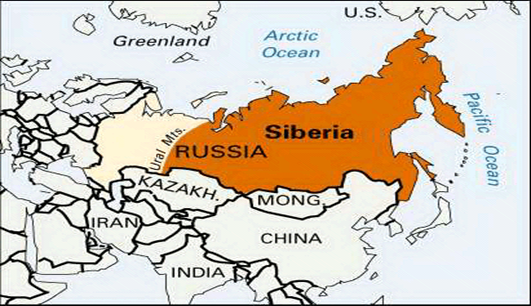 less than 30 million as compared to the large population, which is in the United States. Siberia inhabitants have covered a majority of the Siberia’s population who mostly lived in Russian or Ukrainian. There are numerous indigenous groups; majorities of the population have come from central Europe western Asia. Consequently, Siberia has the various ethnic group, there are different tribes in the country, living from the years, who come and lived there from the different country, people are diverse in different groups and speak different languages there.

However, the inhabitants in Siberia have the diverse cultural history. In Siberia there are various indigenous tribes, who are in 40 different groups, there are four main groups in Siberia based on different languages.  The four main ethnic groups are Paleo-Siberian, Yeniseian, Uralic, and Altaic, these are the people who lived in the northern and southern areas of the country. The Altaic family is the largest family, from the 20th century there are two main languages in the country, which are known as Ket and Yugh. However, reports tell that about 1000 people in the country speak the Ket and other speaks Yugh language. Thus, above 40 million of the people are dominated by the native speakers known as Russian (Pitlanemagazine, 2017).

There are indigenous groups in the country, as they are the mix in Siberian population, and about 10% of the country total Siberian populations are from indigenous groups. People speak different languages there are have the different culture, but the people are supportive of each other, Siberia has people from different background, ethnic people in the country may suffer from the laws that are made for them, there are fewer benefits, however, they are safe in a country (West, 2010).