Why Elephant Trophy Should be Banned Again? 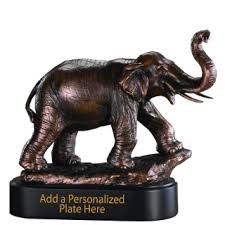 Do you think elephant trophies are contributing to illegal poaching in African countries? The US Endangered Species Act (ESA) lists elephants as endangered species. The move by President Trump to encourage elephant hunting is inconsistent with the US policies on elephant hunting. The Fish and Wildlife Service which is under the US Department of Interior stated that the move is legal since it would contribute to sound management of the endangered species by providing necessary resources to the local communities to aid conservation of the elephants. The reversal will allow the importation of the trophies from killed elephants to the United States. However, the reversal of the policy should not take effect since it would contribute to illegal poaching in Zambia and Zimbabwe. The elephant population has fallen significantly over the past years from 10 million to 400,000 today. The reversal of the ban is retrogressive since it would promote illegal ivory trading. The ban should not be lifted since the local communities are not provided with the revenue to take care of the elephants.

It is unfortunate that the administration of President Trump is willing to sacrifice the leadership position that has been taken by the United States in wildlife preservation. The United States government has played a critical role in preserving iconic species of animals such as rhino, lion, and elephant in Africa. I think the Trump’s administration has taken a backward move towards the fight of illegal poaching. Illegal hunting consumes over 20,000 elephants annually. The Obama administration banned the importation of elephant trophies in 2014. This was considered as a bold move towards to bring to an end illegal hunting or poaching by American hunters. ESA argued that legal hunting promotes conservation of the endangered species by providing incentives to the local communities to take care of the animals. However, Jeff Chrisfield who is the Chief Operating Officer of the African Wildlife Conservation asserts that legal hunting does not promote wildlife conservation. The American professional hunters have not implemented well-managed policies to enhance wildlife conservation.  Zimbabwe and Zambia have not taken wildlife conservation seriously (Lemieux and Ronald, 2009). It is damning to encourage legal hunters into the countries since some of them take advantage of the existing policies and promote illegal poaching.

The government of the United States has not implemented legal and well-regulated sport hunting policies in Zambia and Zimbabwe. However, the spokesperson of the Fish and Wildlife argued that if sound management programs are put in place where the local communities are provided with incentives to conserve the species then killing the animals would be considered beneficial.

The opponents of trophy hunting believe that it is ethically wrong to kill wildlife for sports. Trophy hunting should not be encouraged for species of animals which are considered as endangered such as lion, elephant, and rhinos (Allgood, Beth, Marina, and Peter, 2013). These animals are facing serious threats from some legal hunters and poachers. The local communities where legal hunting are carried out do not benefit from the incentives as purported by trophy hunters. It is your responsibility for communicating to the Trump administration to ensure that the ban does not take effect. We are liable to protect the endangered species from poachers. The lifting of the ban should not take effect since it does not enhance survival of the species.

Most of you are aware that hunting for sports is unethical especially for animals which are facing serious threats from poachers. The lifting of the ban should be revoked, and sound policies should be implemented to enhance conservation of the endangered species. Trump administration should not ignore the gains made by Obama administration in wildlife conservation. It is high time that we should wake up and protect the endangered species before they are swiped away by legal hunters who pretend to be conserving them.