Hayley Treloar, Thomas M. Piasecki, Denis M. McCarthy, Kenneth J. Sher, and Andrew C. Heath are the writers of article. The article was published in 2015.The researcher wants to find out the evidence of the ecological impact that effect from alcohol expectancies.  It reveals the impact effect of alcohol on ecological perspectives. In addition, comparative changes in none drinking and over drinking days for frequent drinkers. Secondary analysis research conducted in this study. The data collected via mass e-mails, flyers posted on public kiosks and print advertisements in Columbia, MO, USA, while the University of Missouri approves the results consolidations.Relative effective changes over the use of non-drinking days while the measurement gives the positive effect prior to the drinking and negative effect decrease drinking.

The sample was conducted to know about the PA and NA assessments; the five-point scale was used while 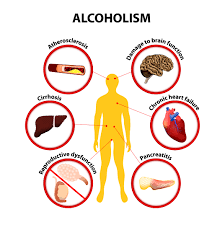 conducting the data. However, the tension reduction and more genetic were focused by the recipients, the AUDIT was assessed and the problematic alcohol involvement was consumed on episodic, typical drinking days etc. therefore, the expectancies influence on the affective states, as the result was constant with the anticipated finding, as the drinkers feel relief. The sample resulted same as was expected because the drinker never reveals about the negative consequences.

The studies focused on the PA and NA, however, the drinkers feel relaxed and tension free. The researchers need to discuss the negative impacts as an extraneous variable, which the people or drinkers are facing, regarding the health or social issues. However, tension and stress reduction is the major variable that should be included in the given study. (Treloar, Piasecki, McCarth, Sher, & Heath, 2015).

The studies enhance the external validity. There research focus on the affects related to the prior studies; however, it is mentioned in the article that in prior studies there was the lack of research and expectancies were there, regarding the positive affective outcomes and ecological studies related to alcohol, depends on the time-based design and the day predominate over the event. Moreover, the result conducted in the internal validity support the external validity, as the PA and NA assessment are comparable.

There are the advantages of the methodological approach as mentioned by the researchers because there is the direct comparison of the post drinking changes, regarding the PA and NA. There is an increase in awareness of the effect of alcohol on the human body and ecological impact reduces the use of alcohol by the single individual drinker.

There are the anticipated effects as the drinkers consumption resulted in the greater pleasure, reported by the drinker, the research was linked to the prior study and as the effective outcomes are seen. Therefore, the research study is free of the logical errors; however, the drinkers may hide the negative effects.

The little ecological evidence support the casual relations, the behavior varies over time and the effective result of drinking persist to adulthood. Therefore, the conclusion supports the evidence gathered to facilitate the research findings in essential and adequate manner. The suggested results test real-time effectiveness towards consequences and antecedents on the consumption of alcohol. The ORETICAL model revised to put on light ecological evidence on the use of alcohol. The results emphasize the importance of expectation for the change in PA, which plays a key role in perpetuating consumption behavior as well as expectations of drinkers could influence such change in comprehensively. No there is not any confusion in correlation with causation.