Home > Projects/Reports > Complexity in the Nature of Human Social Interactions

Complexity in the Nature of Human Social Interactions 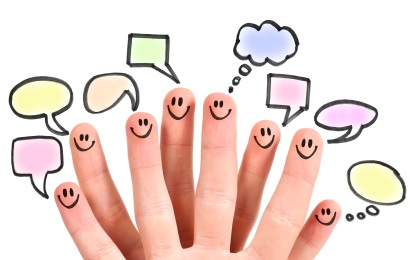 favorable for a particular situation. Changing stories is something I have to live with as it dictates who I am most of the times. This is an aspect that I only found out after engaging in this field study. Observing and documenting the things I do for an entire day concluded by me finding out stuff about myself that I did not know were quite severe. As per the field study, I am to document the number of times I do not tell the truth; the number of times that I am not certain whether have told the truth; and the times that I am finding it complex to open up on a truth though I end up telling the truth anyway. This paper looks at the various steps that I took to efficiently carry out the study as well as document the outcome of the study. The field study entails a lot of paying attention particularly on the responses that I make to inquiries that engage my sincerity such as how am feeling at a particular moment. In the same context, the paper brings out the complexity in the nature of human social interactions and that I am using my case built on personal experiences as a chance to find this out.

To collect result about myself was not readily applicable. Before the material day when I was to carry out the study, I had to remind myself about the requirements and what was expected of me. Thinking about this all the time made me transform in one way or the other. I opted not o involve any of my friends in this as that would have compromised the results. For instance, if I told them that am recording the number of times am truthfully answering their inquiries, they would all the time be on my case wanting to find out whether am being sincere or not.

On the actual study, I relied mainly on my smart phone to collect the data. I was having a notebook as well where I would write down a few notable points about my interactions.  As per the requirements of the study, it was expected of me to be noting down my replies every other time. In doing this, there were challenges involved such as there are instances that I would forget to note down. Having normal conversations carried me away to the extents that I would not readily acknowledge whether I was certain or not because that was how I normally talked and replied to such inquiries in usual conversations.

There are countable instances that I was out rightly not being sincere with my replies.  There are questions that I deemed not so serious and that were rhetorical. It is such questions that I ended up lying about but the good thing was that I was hardly feeling bad about it because of their rhetorical nature. A case is when I met my friend in the morning and he said, “Hi how is your morning?” I obviously replied that I was fine though I was not literally ok. All this study was sort of working me up and I was not composed and again I was not going to tell him about it. As the day progressed, we went to lunch together and we shared stories all through the period. When a friend noted that I was kind of a little different like I was having something troubling me, I denied the allegations and said that I was ok. I was not. I was being too attentive to the conversation so as to note my input particularly when I was contributing in the story. The study was sucking up my real self and for a moment I was feeling like letting it go and talking to my friends about it.

Results—Uncertain About Telling the Truth

The interesting part about the entire story was that I was always thinking about and there was no way anything was going to by pass me. I wanted everyone to ask me questions every other time. Occasionally I found myself giving replies that personally I was not even sure about. A friend asked me whether I was enjoying a series that he had send to me over the weekend and all I said was that it was awesome. Other than chatting a little bit about the characters and the plot, I was not certain whether I was really enjoying the series. I had only watched the first three episodes of the season and ever since I had not watched it. It felt like I did not like it that is why I was not encouraged and interested in going back to watch the remainder of the episodes.  Not being in a position to individually acknowledge whether I was being sincere or not ended up with me concluding that this was one of the instances I was not sure if was being truthful or just making things up to suit the current situation. The good thing about these instances was that there were not quite intimate and whether I was saying the truth or not there were chances that no parties would have took offence.

Being that it was just a single day, there were fewer instances where I had to intentionally not be truthful. In most cases I get to choose between being truthful and making up stories because of attempts to save situations. The entire day, there were no situations that I found myself in that required that I compromise. Finding myself in this situation always involves sharing a story with a mutual friend concerning my other friend especially when the friends did not tell the truth and am approached to clarify the allegations. In most cases, telling the truth part of it comes about because am concerned about my image before my friends. Having my friends find out that I did not say the truth always results in a lot of friction between us and we end up taking sides and as thus affecting the bonding in the group.

Humans are generally social beings and that is why most of the results in the study are dependent on the feelings that other parties will have. In several occasions, I ended up being truthful because I was concerned about the impact that my replies would have on others who am conversing with at the moment. Getting unsure about the reply to give at a particular time is mainly because am trying to consider myself and at the same time consider the impact that my reply is going to have. What this confirms to me is that humans are generally social beings and it is in our nature that we be social. Being social beings entails being concerned about the feeling that others have as a result of them being around me. I am generally a truthful individual and this literally acted on confirming that humans are social beings. I never want to hurt those around me by failing to be truthful.