Halima is the first born in their family. She was born on 12th December 2014. Her parents moved to the United States in January 2014 from Saudi Arabia. Her mother is a teacher while and the father is a nurse. Halima’s father understands the stages of child development since he is a nurse. Halima is studying at Ryer Avenue Elementary School. According to her teacher she has been performing very well. She can communicate and play with her classmates effectively. Her class teacher noted that she exhibits regular sleep patterns which are a characteristic of a child undergoing physical development. I asked Halima how she feels in case she does not report to school. She told me that she would cry and demand that she be taken to school. This behavior signifies tantrums. Tantrums refer to the ability of children to express the emotions or desires when their needs are not met. Children at this stage exhibit tantrums when they are frustrated. I visited their school nurse to her medical records. Her actual weight exceeded the weight she had when she joined the school.

I asked Halima to tell me who reminds her to come to school. She told that her mother always prepares her for school. She also noted that in case her father wakes her up to go to school, she would assume because the dad is not a teacher. She focuses her concentration on a single characteristic. This illustrates that her cognitive development was inconvincible. I also asked her what she would like to be in the future. She told me a nurse because she wants to be like her father since he owns a car. Halima wants to own a car like her dad in future.

I also asked Halima what she likes doing while at home and in school. She told that she likes playing with her classmates. While at home she would watch cartoons. She noted that when her favorite character is missing she would cry and go ask daddy why it is not being shown in the screen. As such, Halima exhibits emotional difficulties which are common during emotional development. She overcomes such emotions through verbal outbursts. Halima also noted that she likes playing with her friends in school. She also makes new friends in church and while taken to the park. In this case, Halima enjoys cooperative and associated play. She never enjoys playing alone. 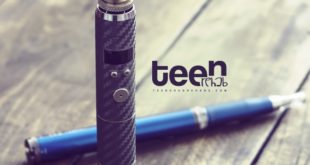