Binge drinking is a practice where an individual takes large quantities of alcohol in one drinking session.  Men usually do take more than five bottles of alcohol during a single drinking session while women take four or more bottles of drinks during a single session. Binge drinking is a form of an excessive consumption of alcohol and most affect people who are alcohol dependent. I concur with the definition of binge drinking since it has adverse effects on some of my friends and family members. Excessive consumption of alcohol has affected my moods since my friends, and family members cannot engage in productive activities most. Alcohol bars them from engaging in productive economic activities. For instance, I have a cousin who lost his job as a result of binge drinking. Currently, he cannot engage in any productive activity. We as a family have also spent a lot of funds taking him to the rehabilitation, but all has been in vain. Before losing his job, he was unable to meet his responsibilities. We tried to counsel him. We even involved his employer, but he never changed his attitude. The fact that he is a binger drinker has affected our personal relationships since he keeps on asking for money to satisfy his urge. Moreover, he also lost some of his friends who have not been able to contain home. The last time we took him to the hospital, he was diagnosed with liver cirrhosis. This has caused us a lot of stress since we will be expected to incur more money to ensure he gets regular medication. Binge drinking is harmful and should be avoided at the earliest before it develops into addiction. 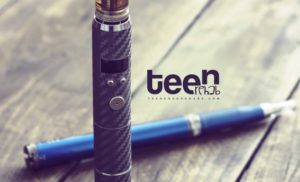 What are E-CigarettesWhat is Binge Drinking
FacebookTwitterPinterestLinkedinTumblrRedditEmail