Animal Care and Husbandry of Cows

Number of Dairy farms in UK

The number of dairy farm in the UK is decreased significantly in recent years due to difficult economic climate other than number of cattle are fairly stable just under 2 million therefore the farm have survive by increasing the herd size  and also by increasing milk years. The average UK dairy farm has a 125 cows and gives 7000 liters per year. Here in this farm there are 280 Holstein Friesian cows which gives 9000 liters milk per years.

The purpose of dairy farm is obviously which is milk to sale and for milk cows need to have a calf and we really want calving every year.

The number of days between consecutive calving is called calving interval and most dairy farm would like to cows watch in 365 cycle. In 365 days calving interval, would milk the cow in 365 days and other 60 days will be called the dry period

When the cow calve in the first 3 days it spreads a special milk called colostrum. This is highly nutritious milk and full of immunity provided antibodies. This absolutely provided for calves that good feed for colostrum is only possible after birth because calves needs natural immunity. From the day 4 after calving milk retains normal composition and after this milk has to selling it.

A week after calving is that what we called peak yield the cow produces maximum milk in that time. Cows produce 45-50 liters per day peak yield. Traditionally dairy cows milk twice a day and milky time for this is 5 am to 3 pm. the milky method is very optimated.

This curve shows after calving till 42 days there is a peak yield period .after this the quantity of milk decreases and become minimum at 305 days of the year. Cows milking 305 days and other 60 days are a dry period of 365 days. 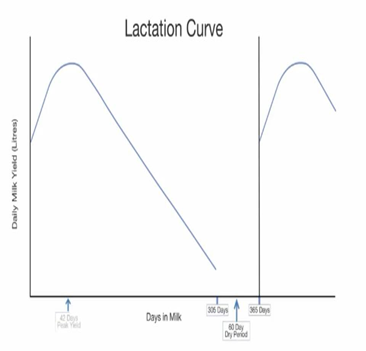 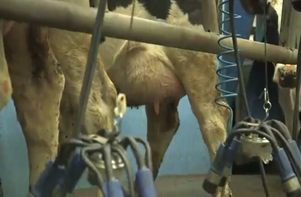 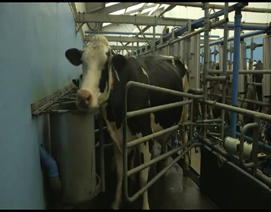 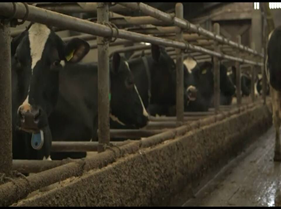 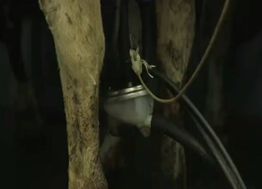 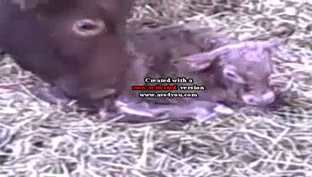 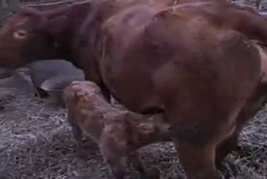 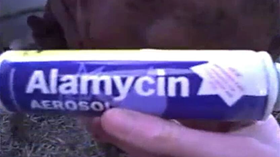 In the figure 1 the cow baby has been born 5 minutes ago or even  less  and mother cow licking it to dry it. In the  figure 2 the baby (in white) was also  born  the same morning and drink colostrum. In the figure 3 the spray alamycin aerosol was sprayed on the baby this spray stop infection and sooths the stiff joints.