Same sex marriage involves the matrimonial union of people of the same sex. Though not supported by many and most religions, over the years it has been debated on whether to legalize it; some states in the U.S such as California, Iowa, Maryland, New York, Washington and several other states have legalized same sex marriage that constitutes, according to recent records, 15.7 percent of the total population. Several jurisdictions have legalized gay marriage through court rulings, legislative action; however nine states do not allow it by statute, while thirty other states do not allow it in their constitution (Rimmerman, 2007). The Defence of Marriage Act stated in 1996, is an act that was enacted to prohibit states both internally and externally from recognizing same sex marriage. This has been found to be unconstitutional in various states including two federal courts.

Movements in support of gay marriage started in the 1970s and have progressively and aggressively grown over the past few years reaching a climax in 1993, in Hawaii Supreme Court that declared it to be unconstitutional to prohibit same sex marriage. The 21 has been the climax of the movements with a majority of the population coming forward in support of same sex marriage legalisation (Newton 2010). In May 9 2012 president Barrack Obama became the first sitting president to support the legalization of gay marriage in the United States of America. 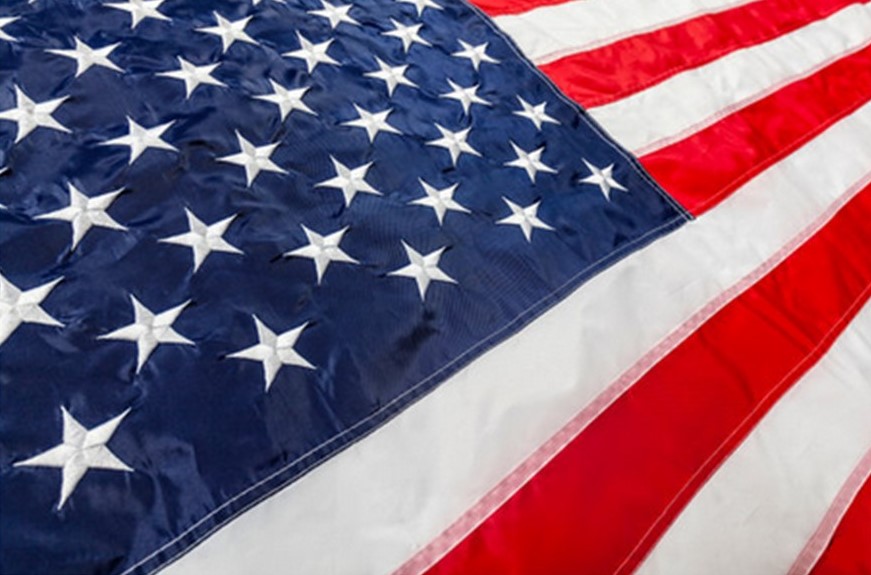 The defence of marriage act was challenged in the federal court system by the District Court of Massachusetts held the prohibition of marriage rights to gay couples to be unconstitutional under the Tenth Amendment to the U.S constitution. It has found that the act is unconstitutionally counter current to the human rights such as issues that involve bankruptcy, public employee fee and immigration rights. Marriage laws in states are being challenged in court including a case in California, which challenges the validity of proposition 8 under the American constitution. While another in Nevada that challenges its system of marriage for different and same sex couple marriages.

What is the defence of Marriage Act? It is a federal law that restricts benefits that a married couple enjoy after marriage. The law passed by vote of the majority in the congress and was signed in by President Bill Clinton in September 21 1996 ( Stone, 2013). Section three of this act defines the non- recognition of marriage rights to people of the same sex including insurance benefits, social security funds and filing of joint tax returns. According to the acts section 3 definition of marriage is only a legal union between one man and woman as husband and wife. And the word spouse only refers to one of the opposite sex. Later in the years President Clinton made a personal appeal that people should do what they want to and that it was wrong for anyone to stop someone else from marrying someone of his/ her choice; this meant that he too saw that the act needed to be debated and the content be reviewed. He later urged Supreme Court to change DOMA. Ted Kennedy of Massachusetts made an effort to pass the Employment non-discrimination act that stood for hiring and employment protection for the gay and lesbians. The bill moved through congress and received enormous support from both republican –controlled houses. The impact of DOMA persons of the same sex who got married were shut out of many benefits. Religious definition of marriage was another supportive concept that led to the passing of the act. The institution of marriage involved the union of man and woman in order to procreate mad bring up children. United States courts easily adopted the religious doctrine to deal with gay and lesbian cases. The Republican Party said that federal judges should not force states to agree to other forms of marriage if not the religious definition of it. On September 15 2009 three democratic members of the congress introduced legislation to repeal DOMA called Respect for marriage act. Most of the states still do strongly oppose to the repealing of the defence of marriage act. But currently several states still do feel that everyone has right to freedom on who to marry. After the legalization of same sex marriage in California faced opposition; opponents in California placed a state constitutional amendment known as proposition 8 (prop 8); with the aim of restoring the clear and original definition of marriage (it being between a man and a woman). However a U.S district court ruled it out and considered it unconstitutional (Duran,2011).

It grew rather cumbersome and tedious for financial institutions, credit card companies and companies doing business in multiple states to recognize and follow and identify the various versions of marital status when it came to dealing with customers and employees. This became one of the driving motives to removing barriers to marriage equality. For this reason Americans believed, for those who support the DOMA repeal that things would now change.

As of March 2013 nine states have incorporated same sex marriage in their community and offer lesbian and gay marriages. It has been legalized through legislation, court ruling and tribal council rulings. California, Hawaii,, Illinois are among some of the states that have developed valid union for same sex couples offering variety of the rights and responsibilities of the married couple. New Jersey grants civil rights that are equal to everyone regardless to the situation of the marriage. The benefits, protections and responsibilities under statute are inclusive of gay and lesbian couples. Same sex marriage is only recognizable at state level but still remains prohibited at federal level. Most current states are slowly assimilating gay and lesbian couples in their states, though several issues still remain pending slowly by slowly they are incorporating it into their system. This states had their senators’ sign in the legalization bill of the same sex marriage.  States and cities such as New York, Washington, Connecticut all embraced the marriage between two people of the same gender.

Same sex marriage supporters argue that prohibiting this would be compared to past prohibitions on interracial marriage. They say in support to the motion of legalization that it extends the civil rights of an individual or group. Psychologists, and medical practitioners debate and say that what couples in a man woman relationship and couples in man-man or woman- woman relationship do, are equal. Homosexuality is just a normal human way of showing human sexuality. They are still competent at parenting; their children are brought up just same way as those in mum-dad relationship and it does not affect them psychologically. Discrimination stigmatizes same sex couples and this should not be the case since they are still human and normally we are all different. The social media such as face book and twitter have helped achieve equality goals.

As the years grow more and more, the more people are embracing the respect for right of choice. This would be a leap toward equality and respect for what the other person finds good for him or her. This promotes national peace love and understanding for one another. Same sex marriage should be allowed to give other people the chance to express and feel free to love and be with whom they desire to be with.

Like almost everything though, same sex marriage has its negative side. One there is so much discrimination for people who are considered to be gay or are lesbians. Mostly people view it as a break of the laws of nature. The bible itself does not support it since God creates man and woman to procreate. Man was intended purpose fully for woman and vice versa. It would also have a negative impact to the family since some parents would find it hard to accept if their children are gay. Children too may be affected due to discrimination from their peers. People feel alienated from their communities; people tend to push themselves away from them.