Erich Maria Remarque’s novel All Quiet on the Western Front gives an account of the sad reality that young soldiers face during war. Remarque’s writing differs from the traditional way in which writers and readers view wars through rose-tinted glasses.

This book knits together the politics of war, violence, diversity and understanding, terror as well the mental situations of troops. A major character in the book is Paul Baumer, he is a 19 year old German soldier sent to battle in France. This was during the World War 1. The society praised Paul and his fellow combatants; however, Paul realized that the terror resulting from war surpassed the glory and hype from the society (Remarque 15).

Remarque describes the harsh situations that the soldiers face during war.  These include seeking refuge in ditches and severe casualties. Anecdotes in the book also shed light on mental traumas soldiers underwent, searching for food and trying to avoid injuries (Remarque 240). 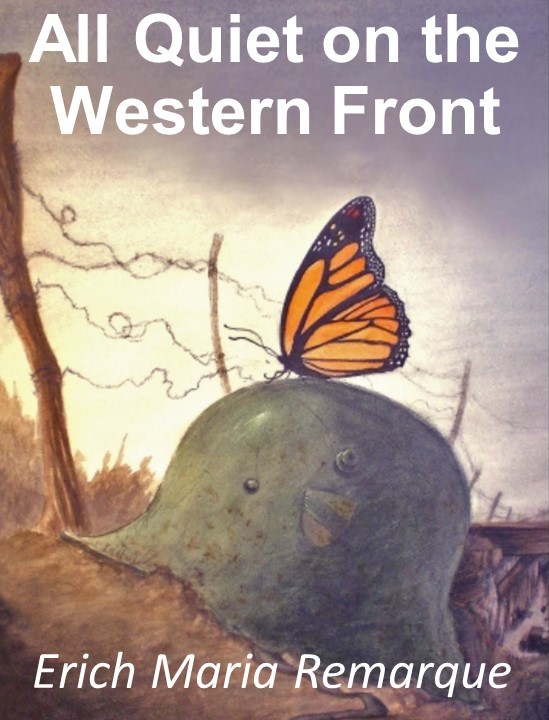 In his conversation with his allies, Paul tells us how the war began. It sprouted from the unthinking of old and senseless politicians. The politicians were arrogant and were preoccupied with political entanglements as well as power that the war could bring as opposed to the resulting life loss (Remarque 58).

Some gross accounts in Remarque’s writing include an injury that exposes Haie’s lung, rats making a feast of dead soldiers’ bodies, Mueller fails to survive a gunshot in the stomach and Kat dying of a gunshot in the head while in Paul’s arms (Remarque 144).

Paul suffers trauma after the war and thinks of committing suicide. Remarque’s points out how the experiences of war make soldiers suppress or forget, altogether, any emotions. It is the old people who make political decisions but it is inherent upon the young (soldiers) to go to the battle field (Remarque 242).

All Quiet on the Western Front received massive sales and popularity. On the flip side, it was not spared by critics. The book was banned, and even burned, and described as a literary betrayal of the World War 1 soldiers. The Nazis also banned the book because they were against any account that might put to question the idea of the German soldier. The German soldier was a symbol of bravery, national glory and love of their land (Barker and Last 32-33).

It is not only the Nazi’s who object Remarque’s account of the war. Dr. Karl Kroner critiques how Remarque portrays the medical personnel as uncaring, absent and inattentive (Barker and Last 36). Dr. Kroner thought that the book would perpetuate the German stereotypes abroad at a whole new level yet the stereotypes had subsided after World War 1. He argued that people abroad will think that the German doctors who could not help their fellow countrymen would be brutal to helpless prisoners who were in their hands (Barker and Last 37).

In the military hospital, there was a fellow patient of Remarque’s who criticized the negative portrayal of the patients, the nuns and the soldiers in general. According to this patient, there were soldiers who were primarily dedicated to providing protection to the house, homestead and family. It is the will to provide protection to their homeland that motivated them to endure the extremities of war (Barker and Last 37-38).

One major artistic criticism was that Remarque’s account was an attempt to capture the sentiments of the public. The book received huge popularity which was spite to many a literary critic. They could not buy the fact that such a simple piece of writing could be so earthshaking. Dr. Salomo Friedlander, for instance, is a literary author whose criticisms took a personal position. He criticized Remarque as being greedy and self-centered (Barker and Last 41).

I think that these criticisms, more so Dr. Friedlander’s, fail to realize the fact that Remarque is not talking about his own experiences and trying to relate them to anyone who would listen, rather, he represents a wider picture of all the people that made up the German army during the World War 1. In fact, in her opening statement, Remarque points out that the book is just an attempt to bring to light the experiences of the soldier during war (Wagener 11).

Peter Kropp, who was admitted to the same hospital with Remarque, claimed that Remarque modeled a character in the novel (Albert Kropp) on him. He also claimed that Remarque inflicted on himself the wound on his leg. According to this critique, it is questionable whether the war experiences Remarque were as extensive as his novel was (Eksteins 348).

Remarque’s work earned positive criticism nonetheless. This is because the novel addressed the poignancy of the World War 1 period, a time when the German soldier was subject to vulnerability and naïveté. This was especially during the aftermath where the end result was traumatized soldiers. This definitely provided insight to the part of the world that is oblivious of what takes place during the war (Wegener 16).

This book intrigues me as it recounts the sad reality of war and what soldiers undergo at the battle front. Soldiers have to come to face with death; they miss their families and risk not seeing them again in the event that they succumb to their enemies. Even if they get back home safely, they risk not fitting into the society again and not being able to connect with their families because of the post-war trauma. They become void of emotions. This was the case with Paul after the war (Remarque 245). Remarque’s work successfully represents the plight of soldiers during the war. I opine that no criticism whatsoever will hold water as far as the novel is concerned.

As much as I feel that the world is full of rot and hatred, I feel for the generation that had no choice but to live through such a horrifying period. After reading the novel, I feel that war is pointless and a wasteful. I like the book much more because it does not glorify war and lauds soldiers’ bravery. Such a case would have overlooked the sad realities that combatants experience at the battlefront. Contrarily, Remarque points out, throughout the novel, the encounters of the World War 1 German soldiers. This book is definitely a good read, an eye opener to many a people who have no clue how the battle front looks like.