Ageing is defined as the accumulation of changes that takes place in human over a period of time. It is considered as a multidimensional process of psychological, physical and social change. The dimensions that come with ageing either grow and multiply over time or decline. An example is with time most people gain wisdom and knowledge. In humans, ageing is an important part of the society since it reflects on biological changes that come with it. On the other hand, about one hundred and fifty people die of age related sickness or complications.

Age is measured by the number of years that an individual has lived. The celebration of one’s age is usually on their birthday and most people take the day to be a special day in their lives. There are various ways in which different groups, nations, non-government organization, and government classify the age of their population (Evered, Devid and Julie, 66).  The increase in the number of older people in the society is known as population ageing and is caused by a number of issues such as long life expectancy, low birth rate, and migration. 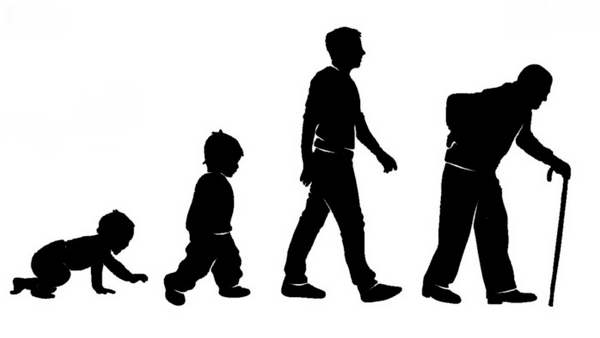 The programmed theory is further divided into three categories which are programmed longevity, endocrine, and immunology theory.  Programmed longevity theory states that aging is caused by successive switching on and off of particular genes. The outcome of the process shows at a time when age related deficits are displayed. The endocrine theory states that biological clock controls the hormones which in turn controls the rate and pace at which people age (Holliday and Robin, 34).

Research shows that aging is regulated by hormones and a certain insulin IGF-1 plays a key role in regulating hormones responsible for ageing.  According to the immunological theory, it is the immune system that has been set in such a way that it declines over time. This eventually leads to increased vulnerability to infectious diseases thus one age’s and then dies.

Research shows that the peak of one’s immune system is at puberty and it keeps going down as they grow old.

Damage theory is also further divided into other theories that explain is in the details.  The wear and tear theory states that the tissues and cells have crucial parts that wear out with time leading to aging. Just like any machine that wears out body parts wear out due to over use and lack of proper care. At the end, we kill the body parts as well as the body itself. According to the rate of living theory, an individual life span is shortened by rate of oxygen basal metabolism. This theory does not explain an individual’s maximum life span.

The crossed linked theory states that aging is as a result of the accumulation of the cross linked proteins which damage both the tissues and cells. The damaged body then slows down in its processes thus leading to ageing.

Ageing is one of the things that cannot be avoided in life for human beings cannot live forever. They have to grow from babies to children, adults, and then grow old. As we age, there are a number of responsibilities that come with it. It is important that we prepare early enough for responsibilities to avoid some of the misfortunes that come with irresponsibility. It is also the duty of the government to ensure that its citizens are catered for depending on their age (Clare, Linda and Robert, 12). Most nations are not economically prepared to handle the youth and they end up breaking the law.

In most countries the youth end up doing drugs and commit crimes due to lack of employment. Most employers like to maintain older people since they believe that they are wise and they rarely make silly mistakes. This leaves the youth with no choice but fight to survive. On the other hand, the youth that is well trained to face the future with or without employment come up with new ideas that are used in the world today.  Apart from the scientific theories that explain ageing, stress is another reason that causes people to grow old. Almost everyone understands the stress and gets stressed for one reason or another. However, very few people know that it causes a change in our bodies. The body is programmed to respond to stress so that it can save our life. Stress causes a number of hormones and chemicals to react which later affects the whole body.  The society that we live in is full of stress as people try to make life better for them.

Stress therefore causes people to grow old without their knowledge. Moreover, stress affects other body systems and that is why some people feel sick and even die. Some of the diseases that are as a result of too much stress include high blood pressure, low immunity, heart disease, fat accumulation, and muscle breakdown.  It is therefore important to stay away from things that might cause them to get stressed (Schmitt, Freedman and Rayma, 23). It is also important that they find a solution to the problems that surround us in a better way so as to avoid damaging the cells and tissues.  Apart from stress we have to take care of the body since we need it so as we can function.

Though ageing is one of the things that one cannot run away from, there are things that one can do in order to slow down the process. Younger people tend to look older that their age because of the things that they eat, lack of enough sleep and lack of exercise. Most children of today are not trained to work out, and they are fed on junk food. The food might be sweet but at the end the child gets to be obese. Obesity comes about with another disease such as high blood pressure, and heart attack.

Moreover obese brings about low self-esteem among children which at the end of the day brings about stress. When the child gets stressed, they tend to look older. It is therefore important to know the effects of the food that we eat since poor quality food end up causing inflammation. To avoid aging, it is important that one eats whole foods which are in their most natural state. Doctors do recommend that if possible one should avoid taking foods that have sugar since it reduces the lifespan in organisms. Besides eating the right foods one has a duty of exercising so as to get rid of toxins in their bodies.

Antioxidants are also good for the body since they protect the body from the effects of free radicals. Free radicals are made when the body changes food and oxygen into energy. Antioxidants can easily be added to the diet and are easily available in the market. Some of the well-known antioxidants are fruits and vegetables.

It is the duty of the government to advise its citizens on the things that they can do so as to avoid ageing fast. When the body becomes weak, it becomes hard for an individual to perform their duties. At the end of the day when the cells and tissues wear out an individual dies and this affects the life span (Mordini and Paul, 99). The government can ban the sale of certain things such as cigarettes or rather increase their prices so that few people can afford it. Cigarette is one of the things that not only makes one look older but destroy any of the body organs leading to early death. Not only does cigarette affect those who smoke it directly but it also affects the people who are close to the person smoking.

Research shows that the person closest to a smoker gets affected more. In such a case the government can then ban the public smoking of cigarette. The government should encourage people to eat healthy foods so that they can slow down the process of ageing. It should make life bearable for its citizen so that they can avoid stressful situation which leads to ageing.

Therefore all of us human race ought to be aware that aging is natural to every human being as well as many other creatures and plants, however living a healthy life through our lifetime contributes a lot to humans high production and making the world a better place for generations to come. The dimensions that come with ageing either grow and multiply over time or decline. An example is with time most people gain wisdom and knowledge. In humans, ageing is an important part of the society since it reflects on biological changes that come with it.  On the other hand, about one hundred and fifty people die of age related sickness or complications that can easily be managed to have a healthier old generation.

What is Age of Enlightenment