Age discrimination is away in which an employee or worker is less favorably treated in relation to age. In a work situation, an employee can be subjected to discrimination during promotions, compensation, hiring, firing, layoff, pay, job assignments, training, and fringe benefits. Moreover, harassment can be executed when offensive remarks and hostility are subjected to workers on the basis age (Covington & Burling, 1967). When the right of an employee is breached in line with age, the worker is entitled to bring a legal lawsuit against the employer according to the civil rights enshrined in the age discrimination laws.

The U.S Equal Employment Opportunity Commission formulated the Age Discrimination in Employment Act (ADEA) in 1967 to protect the workers against this discrimination. The law forbids age discrimination to people who are at the age of 40 or above. Additionally, employment policies that apply to all, regardless of age, are illegally considered if they pose a negative impact on workers aged 40 or older. Notably, this law protects both the employees and job applicants. In conjunction to these, it is unlawful to retaliate against a person pursuing a legal suit when he or she is discriminated with regard to age. The ADEA is applicable to employers with 20 and above workers, of both the state and local governments. Similarly, the legal framework applies to the employment agencies, labor organizations and the federal government (Covington & Burling, 1967). 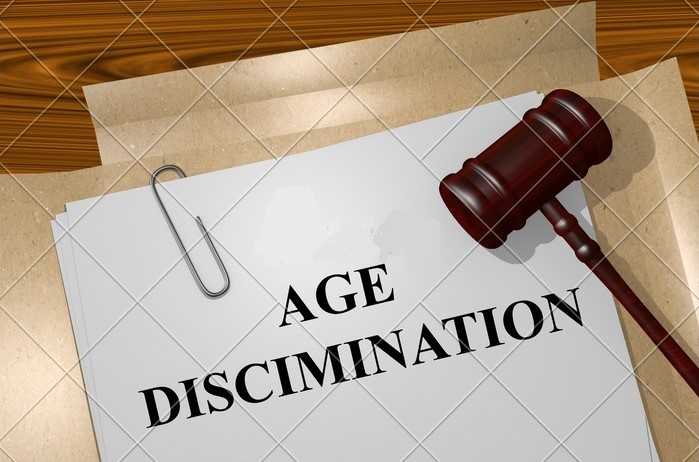 According to the data from the Supreme Court decisions, the following cases and subsequent judgment clearly illustrate that the law on age discrimination in U.S has statutory legal framework.

1.         The Supreme Court case, O’Connor and Consolidated Coin Caterers Corp (1996 case No. 95-354); James O’Connor was 54 when he was fired by the Corporation then replaced by someone of at the age of 40. James filed the suit of being discharged as a violation of ADEA. The rule on the unlawful act of discrimination on age basis was conducted in accordance to ADEA. The final ruling was that the plaintiff was discharged as he/she did not have to bring clear that he /she was replaced by another person out of the age group (age under 40) (Gregory, 2001).

2.         Supreme Court case No. 90-18, 1991 on Gilmer and Interstate/Johnson Lane Corp. The respondent, employer, was taken to court by the claimant, Gilmer, for allegedly terminating his job at the age of 62 and violation of prior agreements. According to the ADEA provisions, the all the legal proceedings were followed and the ruling compelled the respondent stick to the civic rights of Gilmer (Gregory, 2001).

Age discrimination with regards to age is executed when the employer favors a specified group or class of age during applications, promotions, discharge, and other activities that are inclined to a particular age. Fortunately, the U.S ADEA of 1967 outlines the stipulations that must be adhered to, failure to which; the worker has a civil right to allege for a lawsuit.