Introducing a new technology in an already functioning industrial system can be a breathtaking task, contrary to the common belief and assumption that a new technology barely means improvement in efficiency (Markgraf, 2013). Being a nurse responsible for the processes that involve introduction of a new electronic health record keeping system (EHRs), one must be really gifted in terms of change management, public relations,  and devising a working convincing framework (van Djik, 2004; Waddell, 2004). There is no short cut in this role: such a nurse must have all it takes, particularly as it regards the five qualities embedded in the Roger’s (2003) theory, namely: relative advantage; the new technology’s compatibility with the old means; technology simplicity; its trialability; and capacity of the new technology to give out observable results. Definitely, as the leader nurse who is bestowed the role of seeing to it that the other workmates embrace the new EHRs technology; I would utilize the Rogers’ proposed qualities as my foundation (Waddell, 2004).

For the uniting role, the first quality, the relative advantage of the new technology, would be my first focus. Before approaching and addressing other employees about the benefits of the new technology, I would first of all study and comprehend the new technology (Markgraf, 2013) so that I derive a stiff convincing framework (Van Djik, 2004). In other words, the other members of the staff must be so much used to the old technology that insufficient knowledge about the new technology would not simply work (Waddell, 2004). I would thereafter prepare a “demo model” that actively shows how the new system will make the work easier. Such a demo would be, for example, a presentation of animated slides with clear cut comparisons of the workability of the new technology with that of the old way of doing things (Markgraf, 2013). Things like advantages and disadvantages tutorials must be in place; for example that the EHRs are more efficient in retrieving data of a particular patient than the would-be case with manual filing system. Similarly, with the new technology nurses will be in a better position to multitask and as well as have an   expert opinion in nursing cases exhibiting legal ,ethical ,and practice challenges, unlike with the old system (Van Djik, 2004). 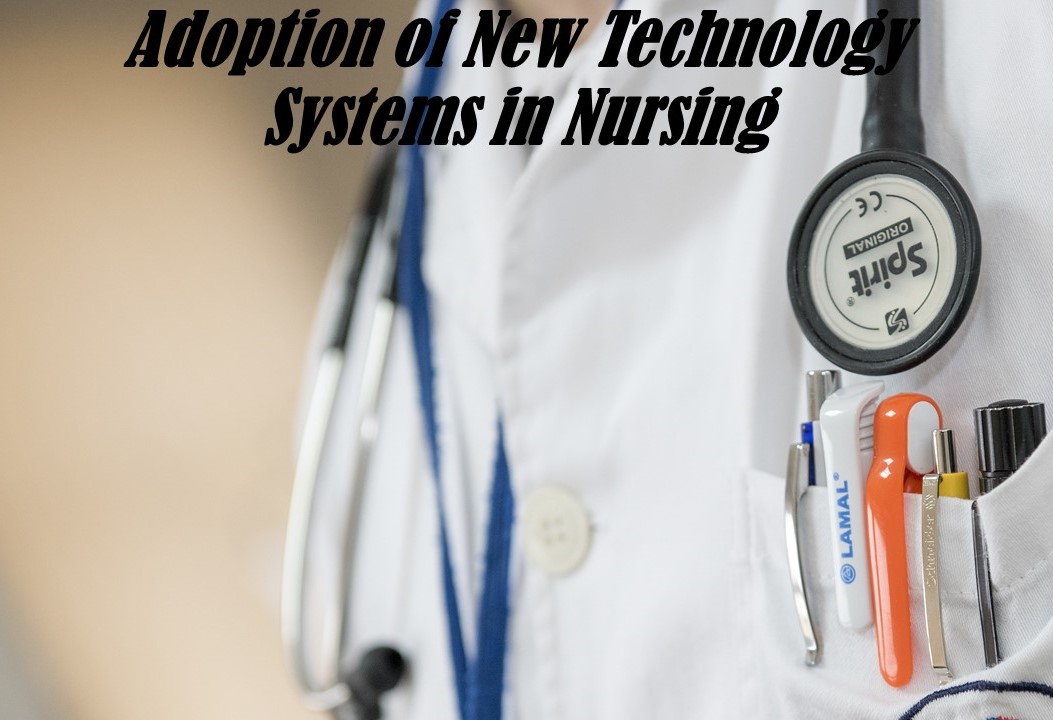 In the meantime, the second Rogers quality would pops in, and here I would critically analyze and recognize first to what extent the new EHR system will perform the same work the old one performed (Rogers, 2003). A similar demo framework would be incorporated to explain that the new system would be used not to change the nature of activities but to simplify them. This would presumably make the audience readily understand the benefits of the new system and embrace them. Simultaneously, the third Rogers quality, simplicity, would be taken into account: Like before, I would first learn and master how to use the new technology before I can prepare its use means tutorial for the audience, the workers. This would help me gain enough confidence to be able to answer even the toughest questions correctly without contradicting myself. In other words, it would be appropriate for me to understand how the entire mechanism of the new EHRs technology works so as to effectively introduce others to it (Markgraf, 2013).

For the fourth quality, I would prepare the technological specimens and make sure each worker is seated by a computer so that I can engage them step by step to the new technology. The whole exercise would need to be practical and real for the reason that it would be introduced and applied from the present to the future.  It would be appropriate for the workers to practically experience hands-on-work on the new technology before actually using it industrially (Rogers, 2003). Before meeting the nurses, as advocated in Rogers fifth quality, I would also collect pertinent information from the places where the new technology has worked and proven to more efficient that our old system in order to provide a real life example and in turn learn from them of any possible mishaps. This would be important for me to drive the point home that the new system works better than our old system (Waddell, 2004).

Rogers’s five proposed qualities are a key guideline for any leader preparing for such a role as introducing the new technology in a continuing industry. With the qualities in hand, I suppose I would easily introduce any new ideology in an organization with high hopes of success (Rogers, 2003).In particular, the five qualities gives the responsible leader numerous ideas for proper preparation of say a speech and, in the long run, such a person cannot easily falter while explaining the phenomenon in context.  Certainly, I recommend that every nurse potential to be a leader should learn the Rogers five qualities because these qualities are applicable while introducing any new ideology in the field of nursing or any other field (Van Djik, 2004). But there are various challenges like resistance by some workers. For such challenges, I would note the problems and address them directly. Alternatively, I could arrange for collection of the questions as regards the new technology as the meeting goes on and address them one by one in the end. Better still, I could invite external experts who would help me solve some of the complaints by the resistant workers and inform them that change is inevitable and it’s not a choice (Markgraf, 2013).