Home > Projects/Reports > Actions of a Company on Consumers

Actions of a Company on Consumers

The major aim of marketing is to create and enhance customer value. Generally, marketing encompasses exchange between sellers and buyers or between other parties.  Therefore, marketing has a significant impact on a firm, its customers, its suppliers, and other parties that are directly or indirectly affected by the choices made by the firm. Marketing mostly entails enduring relationships between sellers, buyers, and other parties. The main processes involved in marketing are creation, communication and exchange or the commodities. The main idea in marketing is for a firm or an entity to come up with an item of value to many or just a single customer, who should be willing to pay sufficient amount of money in order to make the venture worthy taking into serious cognizance opportunity cost.

Corporate crisis usually leads to negative publicity, which adversely affects the image and reputation of a company. Corporate crisis can be simply be defined as non-routine and unexpected occurrence that leads to uncertainty within a company and can eventually threaten an organization major objectives (Seeger, Sellnow and Ulmer, 1998). Corporate crisis have recently been witnessed in Arthur Andersen where there have been cases of questionable accounting ethics, Firestone that has had defects in tires it manufactures and contamination of Taco Bell products by gene-spliced corn.  Irrespective of the specifics of the situation, crisis, whenever they arise, often escalate to negative publicity that undesirably affect the company’s image. Generally, publicity is widely acknowledged to be more influential and credible compared to any other company0controlled communication (Bond & Kirshebaum, 1998). There is always high credibility same as negative effects, a propensity for negative information to always be weighted more compared to positive information whenever people evaluate other people, ideas or objects (Mizersku, 1982). In addition, companies are more likely get negative news from the media since the media always has preference for disseminating bad news. 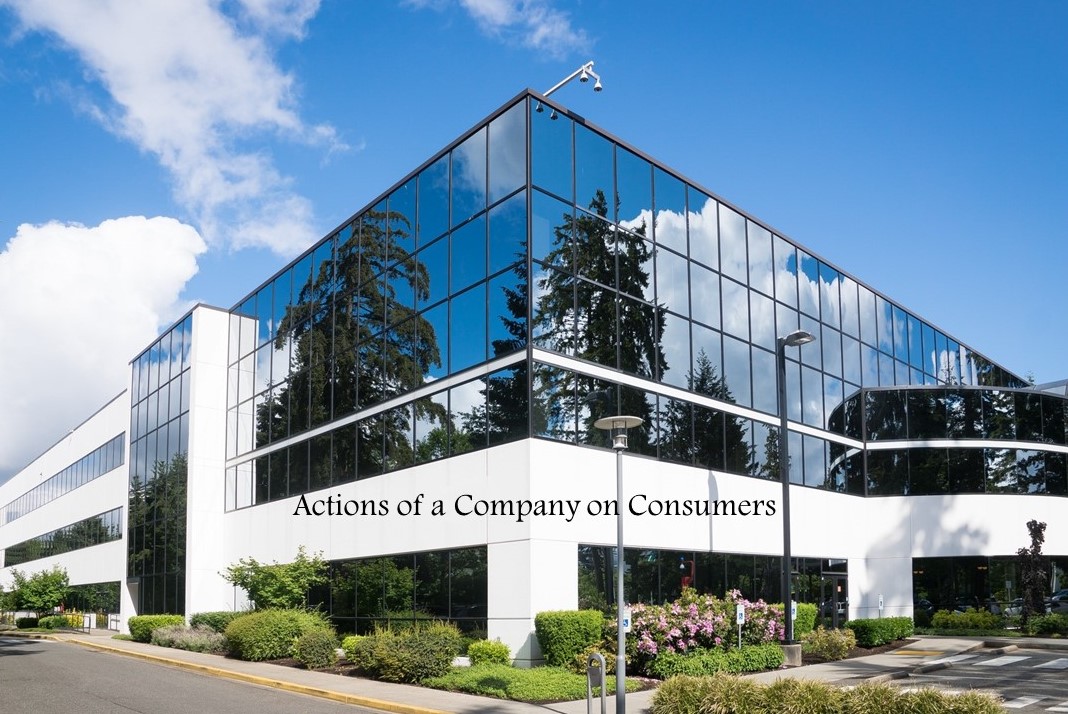 Every company is subjected to legal responsibilities and therefore, is expected to follow the set law to the latter, and this directly influences the planning process of an organization. For sound operation, a firm must be sufficiently familiar with all aspects which govern the industry in which the company functions within. For example, a legal dispute that was presented in the Hill case circled around Black’s breeching of contractual and fiduciary duties by unlawfully diverting to a rival company an important which by all aspects rightfully belonged to the corporation (Delaware, 2004). Together with his associates, black had greatly gained from their ill-gotten wealth through the non-competition payments that were linked to sales of newspaper by Hollinger International since 1998 until 2002 (Doolittle and Westhead, 2007). Consequently, it was reported that for Hill Corporate assets to be transferred, Black together with his associates aborted every effort to have them disclose the necessary information that was needed to be filed with SEC, and that they actually manipulated and distorted several information in the corporate records and books. They also ensured the records do not in any way reflect the transactions as accurately as required. Also, legislations on securities require the revelation of some prescribed information that concerns the affairs of the company and other public companies. This comprises of insider trading reports, financial statement, a yearly information form, material change reports and press releases (Canadian Securities Institute, 2008)

In order to effectively govern their businesses, every organization must critically think about coming up with appropriate guidelines during the planning process. Apart from governing the business, it is also aimed at protecting the company, its shareholders and employees through setting up of ethical codes of conduct. The Caux system of ethics is a scheme of principles that are well crafted to help the organization create ground rules to foster ethical practice. The first principle is to the concern of the businesses past shareholders and aimed towards stakeholders and it clearly states that, “Every business has a crucial role to play in bettering the well-being of their employees, customers, and shareholders through sharing the wealth they have accumulated over the years with them” (Bateman & Stairs, 2006). For instance, black did not honor Hill’s ethical responsibility first principle when he sold one of the company’s important asset known as the American Trucker, to a rival corporation then transferring  a lump sum amount of $ 2 million payment to another related entity, and consequently benefitting himself directly at the expense of the company and its shareholders (Boritz  & Robinson, 2004).

Vehicle manufacturer Toyota also suffered a serious crisis because of unintended issues with the quality of the cars it produced and this led to significant decrease in the number of clients and decline in profits.  Toyota had for a very long time been known as the peak of innovation by Japanese, manufacturing industrial pioneer and quality (The Economist, Feb 13, 2010). Its automobiles are famous throughout the world for reliability, fuel efficiency and economy. Its culture and lean manufacturing techniques of constant improvement and advancement were constantly envied worldwide by its rivals. After the crisis, 9 million cars were taken back for adjustments under the potential problems involving acceleration pedals, floor mat, and braking system, all which were in one way or the other linked to acceleration problems coming from publics.

This case involved a large scale business environment that required a corporation-wide and robust plan to tackle the unexpected crisis. Since the crisis disrupted the normal operation of the organization that knocked on the implications of the company’s assets, the normal future relations of the company were greatly affected. This mainly involved the stakeholders of the company and consequently affected the survival of the company. The company employed very professional communication strategies in order to solve the crisis as well as maintain the reputation and the image that the company has in the public domain. The company used denial strategy, evasion of responsibility, corrective strategy, mortification strategy and lastly, decreasing the offensiveness of the crisis. All this ensured the company springs back to its initial position in the market and takes over its customers.

Whenever a company that deals with customers, shareholders and clients has a crisis, it goes without say that it will in one way or the other affect the reputation of the company and ultimately its profits. When the Toyota Company experienced the crisis, it made huge losses and lost millions of potential customers worldwide. I think this was justified so that the company could adjust and ensure the products it takes to the market for consumers are in their best of quality.

Action Potential and the Pathway a Receptor Takes