Home > Projects/Reports > Action Potential and the Pathway a Receptor Takes

Action Potential and the Pathway a Receptor Takes

Action potential is a short lasting event in which electrical membrane potential of a cell rises and falls. It occurs in several kinds of animal cells known as neurons, muscle cells and endocrine cells. Action potential is the first step to what leads to contraction of a muscle (Sherwood, 2010). This is known as nerve impulses. The skin is the largest sensory organ that allows reception of pain, pleasure and pressure. The type neuron involved is the sensory neuron an external stimulation to pressure, temperature, light, or sound. All this alter the ionic permeabilities of the membrane and its voltage. The main requirement for generation of action potential is through membrane voltage at the hillock is raised above the threshold for initialization of impulse. Action potentials are mainly generated by excitatory postsynaptic potentials, neuron-transmitter are released by pre-synaptic molecules that bind to receptors on the post-synaptic (Sherwood, 2010). This bond helps open ionic channels that change the permeability of the cell membrane hence membrane potential. Neuron transmission can also occur through electrical synapses. Through exchange of sodium ions and potassium ions between extracellular fluids and the intracellular fluid generates the flow of impulses in the neuron which leads to depolarization. The action potential at the hillock propagates a long wave through the axon, the current flows through the axon and spreads out along the membrane. 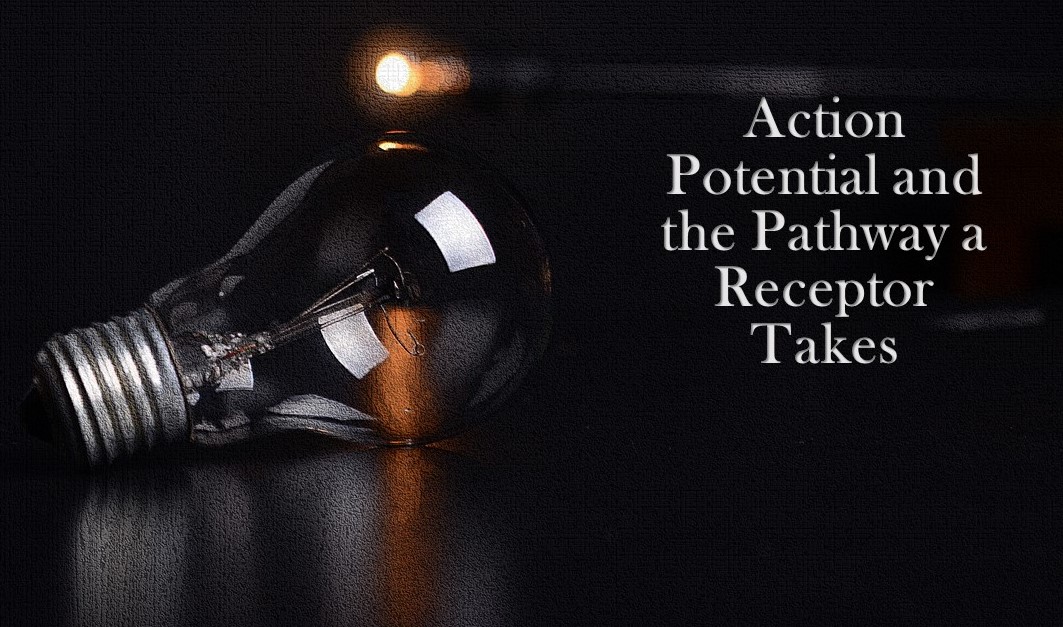 There are two types of synapses dendrites and the axon boutons. Dendrites receive transmission in the pre-synaptic neuron. Emerging out of the soma is the axon hillock that has a high concentration of voltage activated sodium channels. Axon is insulated by a myelin sheath. Action potential in the skeletal muscle results from depolarization of the cell membrane which opens voltage sensitive sodium channels these become inactivated and the membrane becomes repolarised through outward current of potassium ions on the outside. Some of the muscles involved in reception are the skeletal muscles and that are mostly involved joints are hinge joints that move only in one direction forming an angle of 180 degrees. The importance of reflex action is to prevent us from getting hurt further or to drive us out of danger and harm.