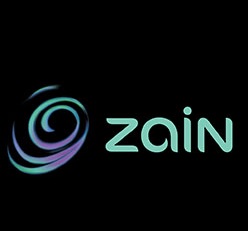 Middle East and some parts of North Africa. It was founded back in the year 1983 in Kuwait, as a Mobile Telecommunication Company (MTC), which was the first region for the mobile operator, and also connecting with the initiation of their expansion strategy back in 2003. The company developed rapidly in both the North Africa and the Middle East through the acquisition of various mobile operators, mainly across all the regions. In 2007, the Zain Saudi MTC rebranded itself to Zain to correctly reflect their developing status as the pioneer of multi-national mobile services provides with their global aspiration. In this case, it was adopted by a Corporate Group Master brand (Zain. n.d).

The Zain brand was valued at approximately $2.3 billion by the Brand Finance Middle East Top 50 Brands annual report for 2017. According to this report, Zain was also ranked as the second most popular and influential home-grown brand in that region, having the brand rating of AA+. On the same case, back in 2008, Zain became the fourth most abundant Mobile Operator in the world regarding the geographical presence, with the operations in about fifteen African countries and seven in the Middle East. Zain did not stop at that point, and it continued with its developments and expansion. In 2009, it signed a partnership agreement with the Al Ajial Investment Fund Holding to acquire the 31% of the stakes in Inwi, which is the third Mobile Telecom Operator in Morocco. Moreover, by 2010, the company had already taken the strategic decision to strictly focus on its high money generative the Middle East and the North African operation. It invested in new expansion and growth opportunities in this field of market (Zain. n.d).

The Mobile Industry has become one of the most critical elements of Saudi Arabia’s telecom sector and is responsible for contributing approximately 75% of the entire telecoms revenues. The enormous popularity of the technology in mobile is driving up the usage of the Internet as Saudi Arabia has a very high level of mobile phones penetration combined with the substantial ownership of Smartphones. The Zain Saudi Telecommunication Company, on the other hand, is affected by both the Saudi and global economy (Kuwait,2017). Although the Kingdom appears to be similar among the most resilient economies, Zain is exposed to the geographical and economic risks due to the ongoing global slowdown. Also, despite that the initiatives and strategies put in place by the Saudi Arabian Government, primarily to diversify the economy, the country remains highly dependent on the oil industry, which represents approximately 80% of the revenues collected by the Government.

Although it has robust diversification strategies, the entire development, and growth of the country has been focused on the hydrocarbon sectors and the associated industries by 2017. The risk, together with the persistent weak social infrastructure has resulted in the advantages of diversification somewhat ineffective (Barrak,2012. Pg. 167). Moreover, despite the global economy displaying the signs of recovery and the rebound of the oil prices, the economy continues to face various external risks. In fact, any fall in the prices of oil may severely dent all the businesses and the market sentiment, which derail the potential economic recovery. The Zain telecom company currently trades at approximately lower valuation multiples, especially when compared to the emerging markets as well as other countries across the globe. In this case, the Prices to Earning (P/E) multiple of Zain currently averages at 9.5X compared to the 12.5X in the United Arabs Emirates ((Barrak,2012. Pg. 165).

The Saudi Telecom sector started its 2016 with several challenges such as the weak prices of oil, fingerprint registration of SIM Cards, high level of subscriber penetration in data and voice, a reduction in the government spending, and limited growth of avenues. The Mobile Subscribers were based at the end of the year 2015, which extrapolated from the 3Q-2015 CITC numbers. Most business people and politicians expected it to stand at about 53.9mn subscribers, which is an increase of 2.28%YoY. Back in the year 2015, the data growth was touted as the primary driver. This did not disappoint since the Internet penetration, and use of Smartphone in the Kingdom improved substantially in that year.

The telecommunication market typically shares the main issues. The industry had a total of 54mn subscribers, which was the only market shared by the three most popular players; STC, Zain, and Mobily. The STC is the most significant company in the industry and shares a large market to hold somewhere between 49%-52% ( Report: Saudi Arabia., 2013. Pg. 272).

The remaining was divided between Zain and Mobily, which affects the development and expansion of Zain in Saudi Arabia. On the 2015 report, Zain outlined that the base of its subscribers at the end of 2015 stood at 12.4 mn, which reflected a market share of 23%, the Mobily company having the percentage of approximately 25% – 28%. In the year 2016, the Zain arbitration was not resolved yet. The Arbitration with Zain Telecommunication Company regarding the difference in the calculation of revenue was still in the process. This dispute was over the service payment for using the Mobily Network. In fact, according to Mobily, the company was supposed to pay SAR 2.2bn. By that time, Mobily had taken over the provision of SAR 2.0 billion on its account from Zain, which left approximately 200 million uncovered. This affected the cash flow as the provision on the accounts decreased, and funds were expected to increase ( Report: Saudi Arabia., 2013. Pg. 272)..

Regarding the pricing, Mobily and Zain are far ahead of other operators in Saudi Arabia since the companies are offering the lowest postpaid and prepaid packages prices. However, regarding the service quality, the companies are standing on the same ground with the STC. In the four years since the Zain Telecommunication company started reporting on its Corporate Sustainability and Social Responsibility agenda, it has also taken a significant way in becoming more ethical, transparent, and inclusive company dedicated to the well-being of the communities. Therefore, the best marketplace for Zain is its homeland, Kuwait (Zain.2015). As the environment of business has continued to evolve, the company has emerged between the competitiveness and sustainability on both the national and organizational level.