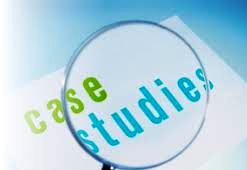 What was the problem with Vishnu?

The main problem was his personal responsibilities. At the start of his career he was a given a chance to go abroad but he refused because of personal responsibilities. He himself did not recognize the importance of learning new skills. The progress made by Jagdeesh realized him he should learn new proficiencies in technology. There is also problem in his selection because he joined the job which was for under graduates but he had post graduate degree. He also changed his line often, initially he performed the responsibilities of module leader then he worked as quality coordinator for implementation of standards, he also involved himself in making different policies. The huge mistake made by Vishnu was that when he had clash with Jagdeesh, he also involved his clients.

What role would you play as HR manager to rectify the problem?

As an HR manager I would rectify this problem by having a proper HR structural department and by reinforcing the following aspects of HR:

Explain the summary of the case.

Give your recommendations in the light of literature studied?